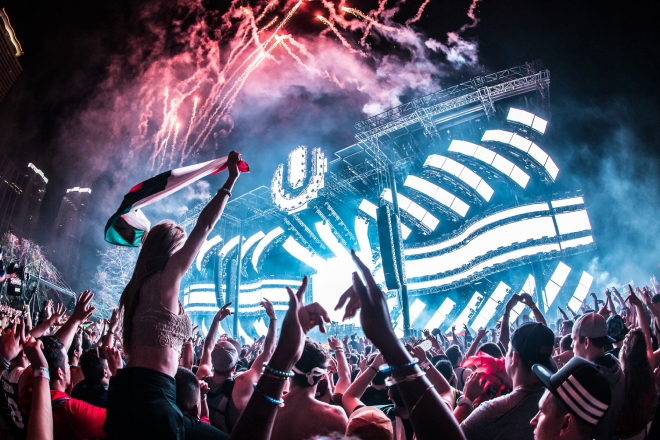 Ultra Music Festival will debut in the capital of the United Arab Emirates in March – the first foray into the Middle East for the world renowned festival. It will be held in Du Arena, one of the biggest arenas in the Middle East. Major international names like Zedd, Alesso and Eric Prydz are locked in, and this is only the first phase line-up. Be prepared, the Emirates like to do things big and this festival is going to be huge. 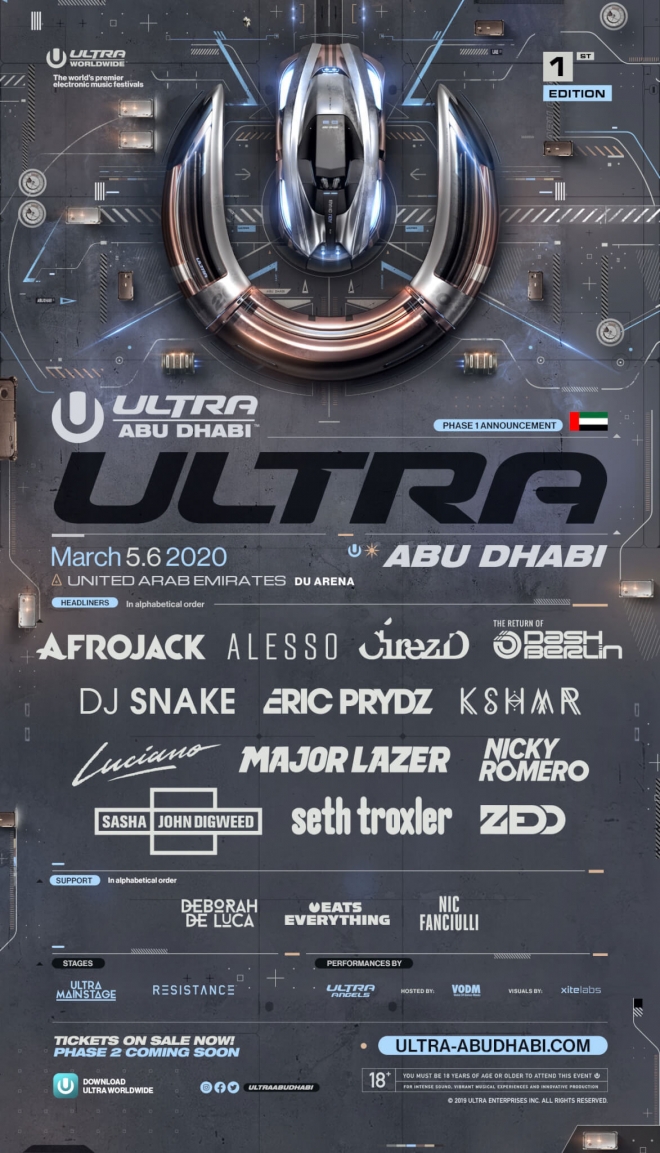 Since Ultra announced its landing in Abu Dhabi last October, the buzz has been intense. With Ultra Abu Dhabi skipping the smaller 'Road to Ultra' beta version, the massive lineup has seemingly dropped from the sky, with the mantra ‘If we build it they will come’. The line-up itself is another talking point, with the top flight DJs like Zedd, KSHMR, DJ Snake, Alesso, Eric Prydz, Major Lazer, Dash Berlin, Afrojack already announced, who should we expect in the second phase line up? Can it get any bigger? The festival will be held in The Du Arena on Yas Island – the region's largest outdoor venue with a 35,000 capacity and usually home to major pop acts like Madonna, Rihanna and Coldplay.

You can win a pair of free tickets to Ultra Abu Dhabi on its Facebook page. Check out its official teaser below: