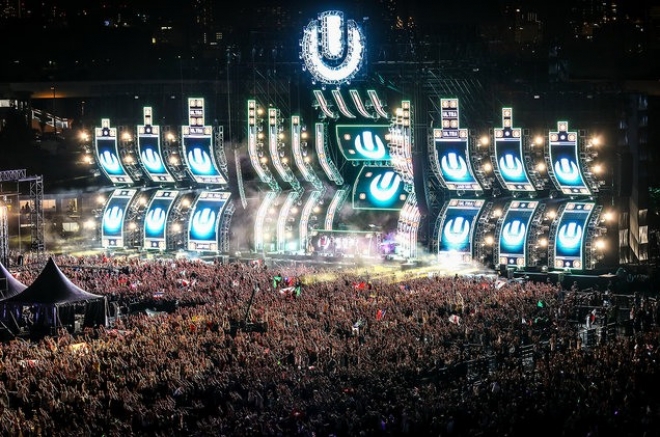 ULTRA Worldwide has just wrapped up its 2017 run in Asia and the festival behemoth has yet again made history with 17 events taking place on the continent over a 4-month period that saw a whopping 400,000 people attend those events.

A further 25 million tuned in to watch live streams in China, Japan, India and Singapore, up 20 million in viewership from last year and serving as a reminder of the brand’s ever-increasing global appeal.

Now spanning 9 countries in Asia, ULTRA debuted this year in China, India (Mumbai and New Dehli) and also saw a standalone RESISTANCE event happen in Bali. Here are some highlights:

- ULTRA Korea returned to Seoul for its sixth anniversary and welcomed 120,000 fans to see over 80 world-class acts perform over 2 days. The festival will return in 2018 as a 3-day event.

- ULTRA Singapore happened on the same weekend as ULTRA Korea in June for the first time in ULTRA’s history and was its most successful venture to date with over 50,000 attendees.

- ULTRA China debuted to a sell out crowd of over 40,000 and saw names like Carl Cox, Sasha & Digweed and Armin van Buuren contribute to the landmark show

- Road to ULTRA Taiwan sold out a full month in advance and hosted 25,000 Ultranauts as well as three times the number of international visitors

- ULTRA's inaugural foray into India saw two editions of Road To ULTRA on the subcontinent; one in New Delhi and the other in Mumbai with both events selling out and welcoming 15,000 and 12,000 fans respectively.

- ULTRA Beach Bali sold out with well over 10,000 people at Potato Head Beach Club. The event evolved into ‘Bali Music Week’ and ended with one of the greatest techno parties the island has ever seen, with thousands in attendance at Ku De Ta to witness legends Carl Cox, Joseph Capriati and Sasha and John Digweed perform at the RESISTANCE Bali closing Party

- Road to ULTRA Philippines and Road to ULTRA Hong Kong both sold out and with names like Hardwell, Zedd and Rezz playing amid the sprawling metropolis that makes up both cities.

- ULTRA Japan was the grand finale to the brand’s 2017 onsalught in Aisa, selling out for the fourth consecutive year with over 12,000 fans attending the three-day extravaganza with official afterparties hosted by RESISTANCE at Womb following the event each day and featuring the likes of Seth Troxler, Stephan Bodzin, Nic Fanciulli and Joseph Capriati.

See the full ULTRA Worldwide run in Asia below.

See you next year ULTRA, we can't wait to see what you come up with next.