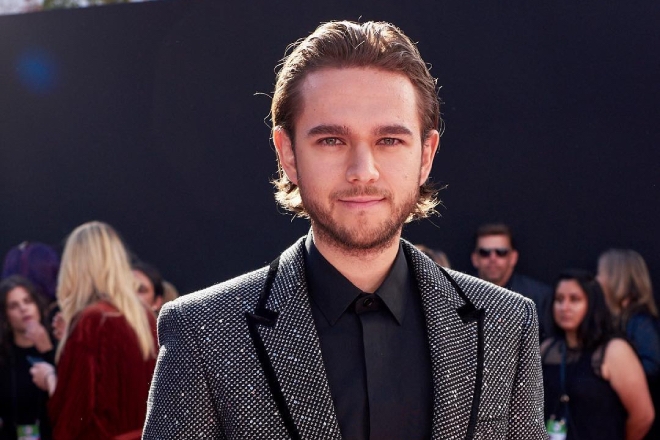 Grammy-award winning German DJ and producer Zedd announced on Instagram and Twitter last Friday that he had been “permanently banned” from China after he “liked a South Park tweet”. Later that same day, he added that the promoters of his upcoming shows had been told to cancel his scheduled shows in China or else their cultural permits would be taken away.

‪I just got permanently banned from China because I liked a @southpark tweet.‬

The German/Russian DJ, whose real name is Anton Zaslavski, didn't specify what South Park post he liked but it was about the same time that the show released their 300th episode entitled 'Band in China'. The controversial episode has since been banned across all online platforms in China as it openly addressed censorship problems in the country, going so far as to depict Pooh (as in Winnie the Pooh) being banned by China's government after being compared to its leader Xi Jinping on online memes. In the aftermath, the show itself seems to have been removed from platforms as well.

Since the post went up, the comments section has been on fire. Several mainland Chinese citizens showed their disappointment and anger towards the DJ as apparently he "doesn't respect the country (China)" and he "deserved it". 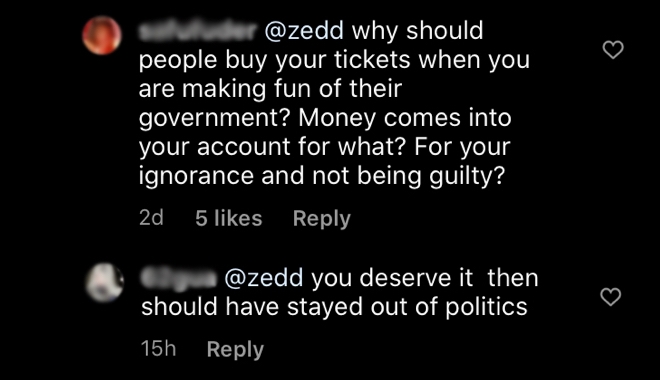 But at the same time, Zedd also received support from other public figures as well as fans from other countries. Among them were fans from Hong Kong, who are in the midst of a massive political movement against China's growing political control and are in their 19th weekend of protests. 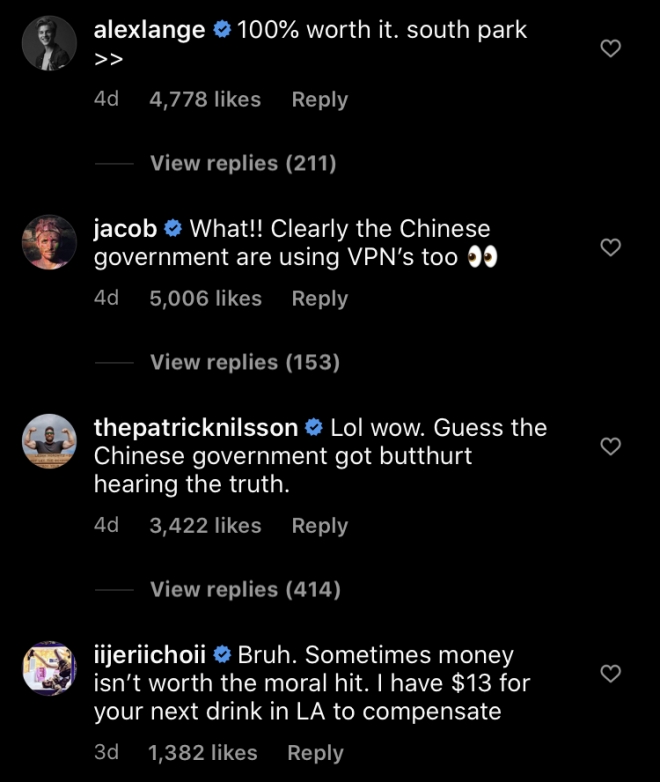 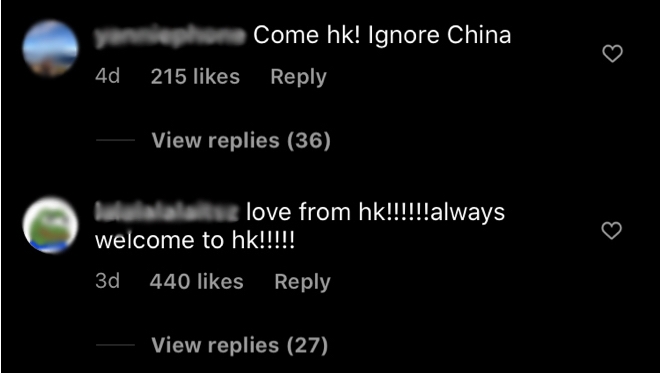 Apart from being forcibly banned from performing in China, it seems Zedd might have also had his name wiped from Chinese media. One of the biggest media companies in China, Tencent, announced that they would not be updating any future news about Zedd on WeChat. Nonetheless, his music is still streaming on Chinese music platforms like NetEase and QQ music, and his TikTok account is still running.