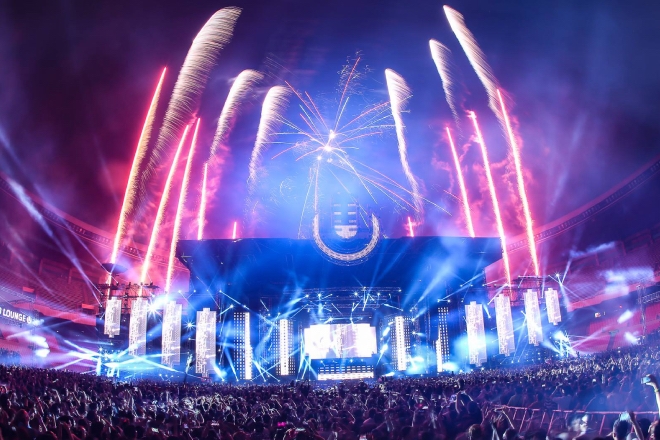 Called one of the best festivals in Asia by the South China Morning Post, Ultra Korea is returning to Seoul Olympic Stadium on June 20 and 21. It’s also the longest-running Ultra Music Festival in Asia, now in its 9th year.

Ultra Korea was part of the Ultra worldwide expansion back in 2012 along with Ultra Buenos Aires, making both of them the longest-running Ultra worldwide events outside of Miami. This year's line-up hasn’t been revealed, but Ultra Korea's line-up never disappoints – with last year's top bill including Martin Garrix, Skrillex, Virtual Self and Jamie Jones. Fans can confidently look forward to this year's line-up. Check the energy from last year below:

Ultra’s worldwide growth in the past decade has been nothing short of explosive. In 2017 Ultra worldwide recorded over 400,000 attendees and 25 million live streams online in Asia alone. Since Ultra Korea debuted in 2012, Ultra has expanded into Japan in 2013, Taiwan in 2014, Philippines and Singapore in 2015 and Hong Kong, China, India and Bali in 2016. This year marks Ultra’s first foray into the Middle East, with Abu Dhabi set for March 5-6, 2020.