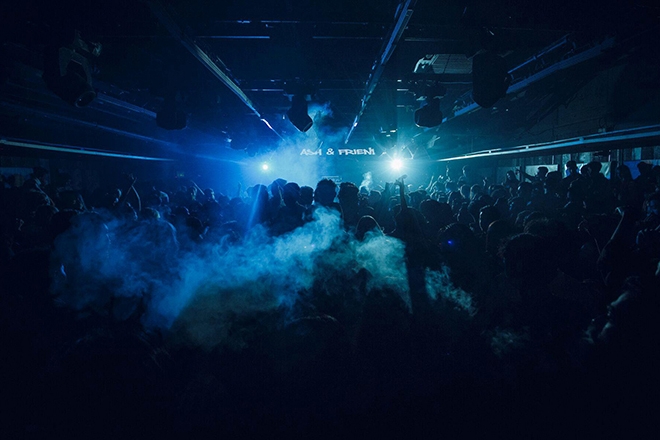 Kuala Lumpur — the Asia city that’s got everyones attention right now. Seemingly out of nowhere, Malaysia's capital city has been pulling in all the underground acts and throwing the kind of events that former party capitals in Asia (like Bangkok) can no longer execute. Actually, it’s not out of nowhere since the music scene in KL has been strong since the 90s when clubs like Movement and Backroom were still around, but at least in the eyes of the rest of the world, it’s a pretty fresh scene, and a happening one. Credit for this is at least partially due to a small club in the basement of the Mandarin Oriental with a super loud sound system that's celebrating their third birthday this week.

Kyo official arrived in Kuala Lumpur three years ago after getting its start in Singapore, and somehow managed to seamlessly merge luxury with electronic music. In the last year alone, Kyo has been on a rolling out one sold out show after another with names like Pan-Pot, Seth Troxler, Dubfire, Mano Le Tough, Jeremy Olander, Cosmic Gate, Charlotte De Witte and more, and making headlines around the world for it. The club has even seen hip-hop heavyweights like Talib Kweli come through on the regular and play the bigger of the two rooms inside the 1,000 person strong club. And that’s why their third-anniversary booking makes sense — the club welcomes The Magnificent Jazzy Jeff on the 18th. This is the complete programme for the birthday week: 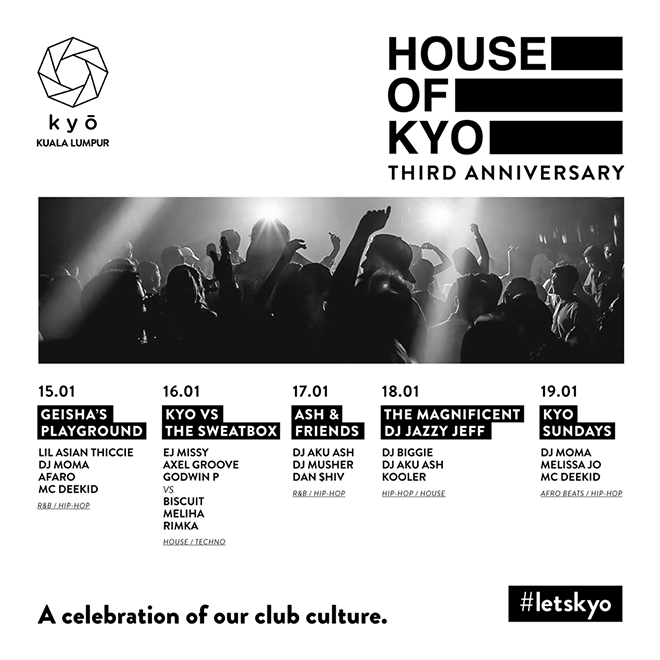 Alongside the music, the club has curated an exhibition that celebrates their electrifying club culture. With photos and videos taken from their archives, HOUSE OF KYO retells the unforgettable stories that have brought together a community of music lovers under one roof.

Join the community in Kuala Lumpur on a journey through the past three years, exploring the most memorable nights of stellar parties and superstar performances.

“To those who have been with us since the start — welcome home.”

And you’re wondering where the electronic acts are, save a dance for Pan-Pot with David Gtronic on February 27.