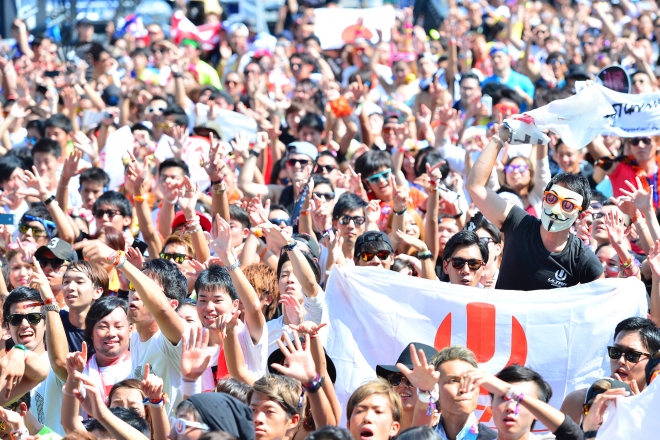 Ultra Japan has announced the second wave of artists set to play out at Japan’s biggest electronic music festival next month and has also unveiled the biggest and baddest Resistance line-up to ever arrive in Asia.

Underworld, KSHMR and Tchami will all be making Japanese debuts at the festival, with live sets confirmed from all three of the international headliners. Knife Party and Nicky Romero have also been announced for main stage performances.

Seth Troxler, Carl Cox, Rezz, Eats Everything, Joseph Capriati, Sasha & Digweed and more will play over three days on the Resistance Stage, which is complemented by three more stages including

That's not forgetting the latest batch of big Japanese acts tapped for the fourth edition of the festival, with Fumiya Tanaka, Ken Ishii and Takkyu Ishino all on board for Ultra Japan. 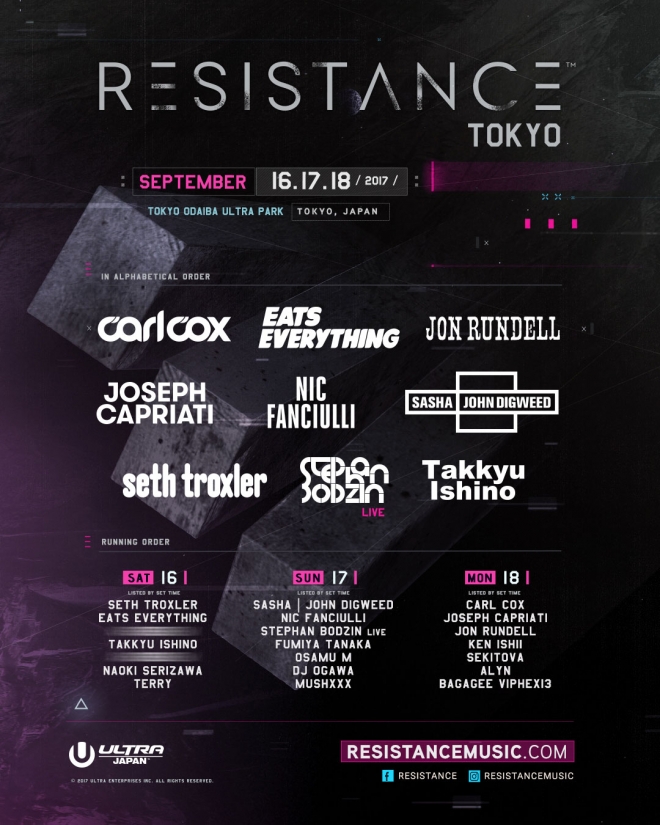 Early bird and tier one tickets are already sold out and tier two tickets are sold exclusively here. Check out the full line-up below.

The festival takes place September 16-18 in the heart of Tokyo at the Odaiba Ultra Park and will also come armed with the brands signature triumvirate of Main Stage, Live Stage and RESISTANCE. 120,000 people attended last year’s sold out edition and tickets this year are already on the second tier. Find tickets here.