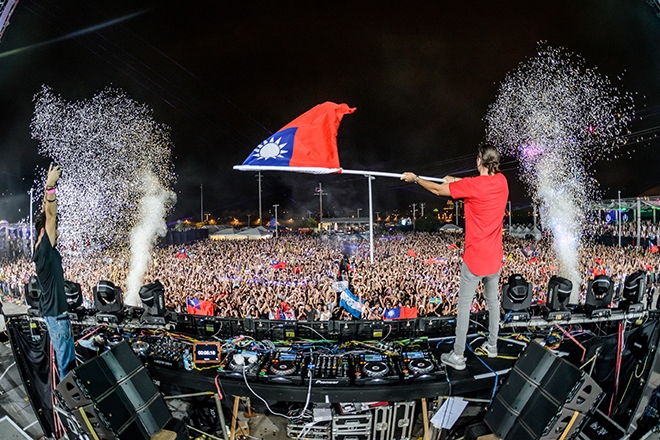 The line-up for Road to Ultra, to be held in Taiwan’s capital city of Taipei, has been revealed and sees plenty of heavyweights billed for the one day event.

The Chainsmokers, Martin Garrix and Zedd take the top slots as headlining acts with Lost Kings, Nick Martin, Nicky Romero, Sam Feldt and Slushii on support. Noticeably missing from the line-up are local acts but with it being one of Ultra's smaller events it can be understandably hard to find room on the line-up and still maintain its superstar status. Singapore, on the other hand, hosted an impressive number of local acts at its full blown Ultra event earlier this year.

Road to Ultra Taiwan will take place on Sunday September 10th at the Da Jia Riverside Park. Tickets can be purchased here.

The event in Taiwan is part of the second leg of Ultra Worldwide’s 2017 run in Asia when the festival juggernaut is set to host 7 events in 10 days including the debut of Ultra China in Shanghai. See the rest of the dates below.

Ultra Worldwide hosted a total of 170,000 fans in a single weekend earlier this year in Asia, throwing two multi-day festivals simultaneously in Singapore and South Korea, making it the biggest weekend the festival has ever seen.

Watch the recap from last year's Road to Ultra Taiwan below. 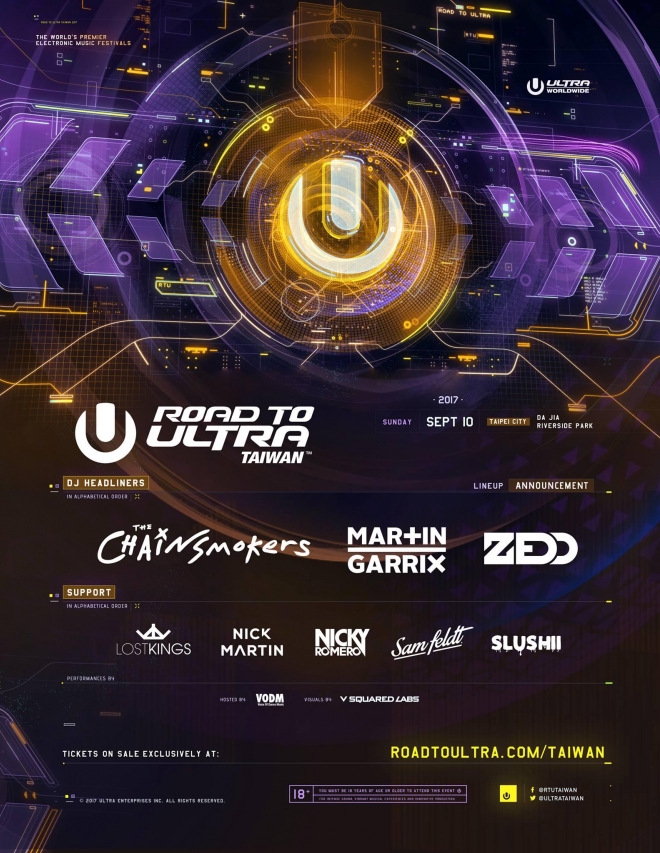