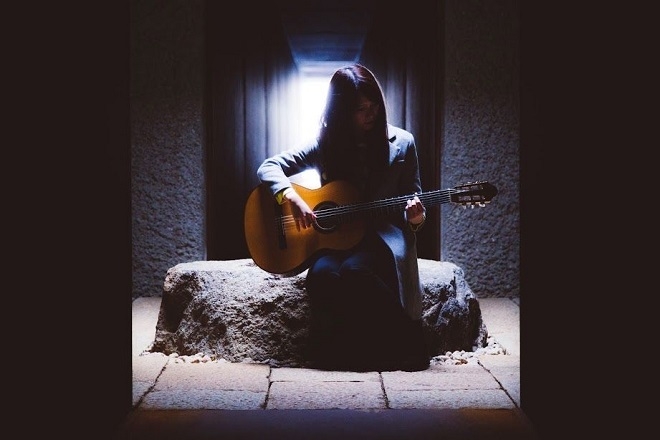 New event Seion is set to present a stunning line-up of live performances by Japan's finest ambient producers. The event has been organised to mark the launch of Ayane Shino's cover of Susumu Yokota's classic ambient album, 'Sakura'.

Pioneers of the scene Inoyamaland and Takashi Kokubo will be joined on the bill by relative newcomers, Chillax, while Ayane Shino headlines with an exquisite acoustic rendition of Yokota's iconic album. Celebrated acts Inoyamaland and Takashi Kokubo gained global recognition throughout the '80s and '90s, thanks in no small part to their inclusion on the Grammy-nominated 'Light In The Attic' collection, 'Kankyo Ongaku'. Chillax, meanwhile, contributed one of the standout tracks on the acclaimed Japanese chill-out compilation, 'Oto No Wa', which was released in 2020 on revered Danish imprint, Music For Dreams. The Lonestar Productions trio of Ken Hidaka, Max Essa and Dr Rob were responsible for curating the compilation, so it's fitting that all three will provide DJ support on the night alongside renowned local DJ and producer, Yakenohara.

“The event is exciting because for the first time ever in Tokyo, or Japan, important figures from the 80s and 90s kankyō Ongaku movement – Inoyamaland and Takashi Kokubo – are performing on the same bill, and they’re doing so with some of the new wave of artists from that scene, Chillax and Ayane Shino,” Max Essa tells Mixmag Asia. “In the last few years, there’s been a huge increase in interest in this music, from people around the world. This a unique chance to see and hear it live.”

The groundbreaking event takes place amidst a newly-reopened nightlife scene in Tokyo, and Max suggests the lifting of Covid-related restrictions on clubs and bars is perhaps long overdue. “Restrictions in Tokyo have been lifted now and clubs and bars are back to business as usual,” he says. “The measures which were in place were actually somewhat meaningless. Offices, department stores, beauty salons etc have all been operating as normal. The streets and the trains have been crowded. It was only the nightlife industry that was asked to restrict its business operations, so I’m not sure that achieved much other than making things very difficult for everybody involved in that sector.

The event is organised by Mental Groove Records and takes place on December 4 at Galaxy Gingakei. You can find out more here