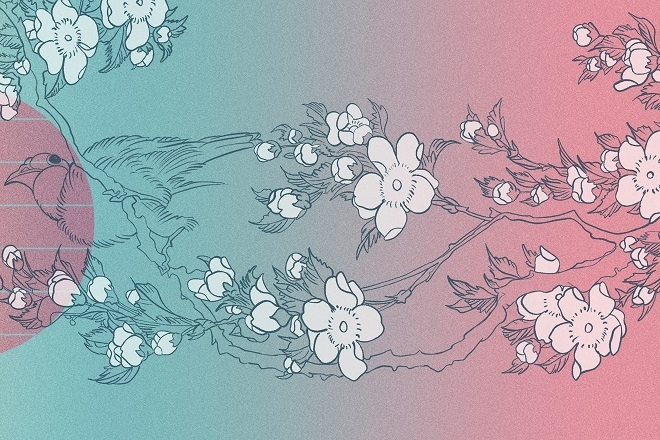 Celebrated classical guitarist Ayana Shino is set to release her loving tribute to the late, great Susumu Yokota, with a stunning rendition of tracks selected from his venerated ambient album, 'Sakura'.

Originally released in Japan in 1999, and worldwide the following year, the stunning 12-track album was widely acclaimed by critics, going on to be named as the top electronic release of 2000 by UK music magazine, The Wire. Shino's delicately beautiful version was released earlier this year in Japan and is set for a worldwide vinyl release this month by the Mental Grooves imprint. Described by the label as “a love-filled tribute to the late Japanese techno and ambient pioneer Susumu Yokota,” those behind the release hope that the new versions “will please his ever-growing fanbase as well as listeners beyond the electronic music scene.”

Yokota is revered as a pioneer of Japanese electronic music, and during his career, he released a formidable catalogue of sounds that covered genres as varied as ambient, techno, house and drum & bass. He was the first Japanese artist to play at the iconic Berlin Love Parade and released on labels including Harthouse, Leaf, Lo Recordings, Sublime, and his own Skintone label. He died tragically in 2015 following a long illness.

You can compare Ayane Shino's spellbinding version of 'Tobiume' with Susumu Yokota's equally magical original below.

Ayane Shino's 'Sakura' tribute is out on November 26 via Mental Groove. You can buy it here