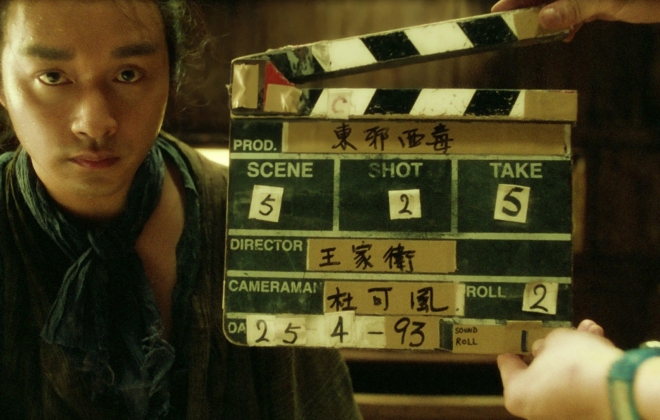 So...turns out after all these years of watching Wong Kar-Wai’s movies one million times over, it turns out there are still clips from the movies that we have not seen?

One-Tenth of a Millimeter Apart debuted at the Hong Kong International Film Festival on April 2 following a screening of a 4K-restored version of his 1997 film Happy Together. The 30-minute film is presented as a documentary about Wong Kar-Wai’s entire catalogue of films and features behind-the-scenes footage as well as deleted scenes from the director’s oeuvre, including Chungking Express, Fallen Angels, In the Mood for Love, 2046, My Blueberry Nights and more. The film also features narrations by Wong Kar-Wai himself.

“We give our regards to all that is past and was possible,” Wong said as reported to Variety. “At their closest, they would have been part of these films, but for one-tenth of a millimetre.”

“30 years of Jet Tone Films in a blink of an eye,” the company wrote on Instagram. "Memories in backward, forward, and everything altogether in the right time, we have gathered all for the celebration. happy 30th anniversary to us and many more to come.”

Last year, we reported that 7 of Wong Kar Wai’s best movies were being restored in 4K, which showed in cities such as Bangkok, New York and Singapore. However, the new restorations have actually stirred up some controversy from critics who were displeased with the adjusted ratios and recoloured scenes.

Wong, however, clapped back at critics. “When a film needs to be restored, there are always things that can be fixed, otherwise why bother with the restoration in the first place.”

Although there’re no further details have been released surrounding the documentary yet, except that it’s coming soon, there is a trailer. Watch it below.