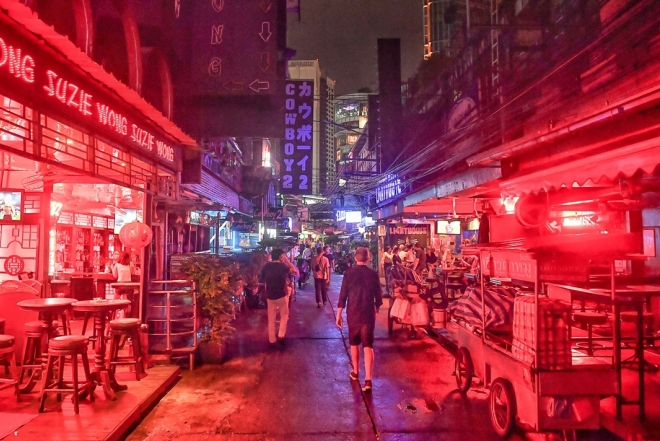 Thailand has reported an alarming 250 new COVID-19 cases, a rare three-digit figure, with many cases directly linked to clusters emerging from entertainment venues in Bangkok. As such, the Thai government has ordered the closure of cinemas, bars and other entertainment facilities as part of a raft of measures intended to control the spread. Eateries will be allowed to stay open, but closing hours will be brought forward from 11pm to 9pm with a ban on the sale of alcohol.

For now, the new restrictions are only for a two-week period and will be reviewed again ahead of April 19, city governor Aswin Kwanmuang announced on Monday. He went on to say that somewhere around 196 nightlife venues around Bangkok will close amid the new coronavirus cluster, which is believed to have originated at an entertainment venue in Pathum Thani before spreading as far as Thong Lor and Ekkamai where cases were identified at Krystal Club nightclub in Soi Thonglor 25 and Barbarbar pub in Soi Thonglor 10. Those infected had also visited Ekkamai Beer House and Cassette Bar. Understandably, residents in Bangkok worry about the impact this will have on the nightlife industry in the coming months since the Department of Disease Control (DDC) director-general Opas Karnkawinpong publically identified risky behaviour like not wearing masks, shouting, drinking -— which led to poor judgement — and sharing glasses.

The new restrictions will likely affect Songkran celebrations which are to take place from April 13 - 16, which would be the second year in a row that festivities would be curtailed.

This third wave comes after Thailand squashed its first wave quickly and after a strict but brief lockdown, and people in the Kingdom were able to enjoy much of 2020 after no local transmissions were reported for many months. Even Wonderfruit was able to squeeze in a few cheeky weekends in The Fields. In January, however, a second wave came that was linked to migrant workers entering Thailand illegally and working a wet market in Saphan Sung, and see a brief shutdown. That second wave was quickly brought under control, however, and last month even saw the opening of two new clubs in Bangkok, VHS and V12.

For now, all eyes are on Phuket, which is still a green zone and looks to open with no quarantine on July 1 to vaccinated travellers. The current quarantine for people entering Thailand is 7 days for vaccinated travellers and 10 days for everyone else. A strict quarantine is credited with Thailand's ability to keep the numbers relatively low when compared with many places in the world, with 29,571 cases reported since the onset of the pandemic.