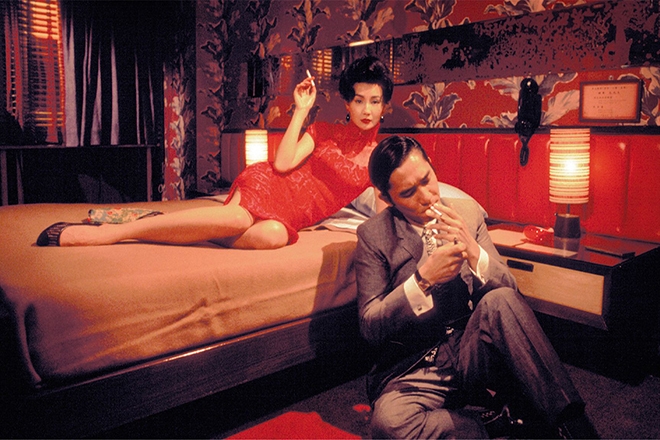 Happy 20th birthday to Wong Kar Wai’s extravagant masterpiece In the Mood for Love! As an anniversary gift, Wong fans are able to rent seven of his best films with brand new 4K restorations available on the FLC Virtual Cinema starting November 25 for only US$7.

Wong Kar Wai is Hong Kong’s most treasured filmmaker. In the world of Wong, viewers are thrown into gritty, neon-drenched streets where nearly everything is aesthetically intoxicating. Being masterful at playing with time, structure and memory, Wong first came into the limelight with his 1994 action movie, Chungking Express, a film so lively that the hottest director in the world at the time, Quentin Tarantino, released it in the US.

While Chungking Express is a straight-forward fan favorite, Wong’s magnum opus is In the Mood for Love. The film, released in 2000, has been influential on all movies since. Wong’s ability to be delicate and visually extravagant at the same time is second to none. In the Mood for Love captures loneliness and unrequited love in a way that touches audiences deeply.

Film fans can enjoy these two masterclasses in timeless cinema, as well as Days of Being Wild, As Tears Go By, Fallen Angels, 2046 and Happy Together in recently restored 4K. Wong’s 2004 film, The Hand, now has an extended cut so that viewers can enjoy even more of its magic from the comfort of their own couches.

Watch the trailer below