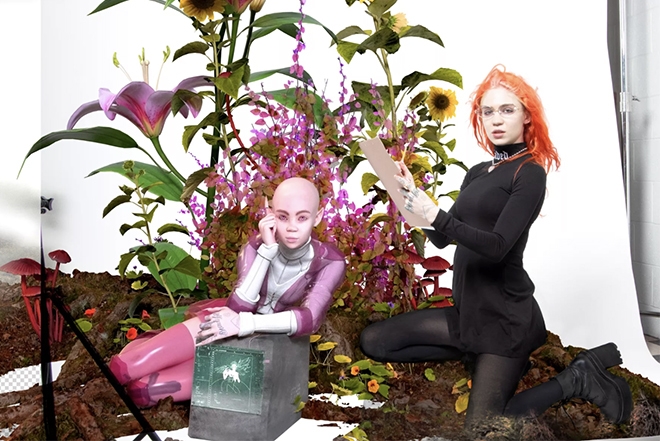 One from the good news archive. Japan's Supersonic festival just rose from out of nowhere and surprised festival fans with its star-studded line-up — locking in The 1975, Skrillex and Post Malone as festival headliners with another 20 acts from across the spectrum like Grimes (who will be playing under her alter ego WarNymph), Kygo, Fatboy Slim, Digitalism, Don Diablo and more.

Supersonic is organised by Summer Sonic, one of the two largest music festivals in Japan alongside Fuji Rock. It was renamed this year as Supersonic as it moved away from its usual summer dates because of the Tokyo Olympics. Despite the cancellation of the games, the organisers seem to be optimistic about the pandemic and announced the first phase line-up yesterday. See the bill of acts below: 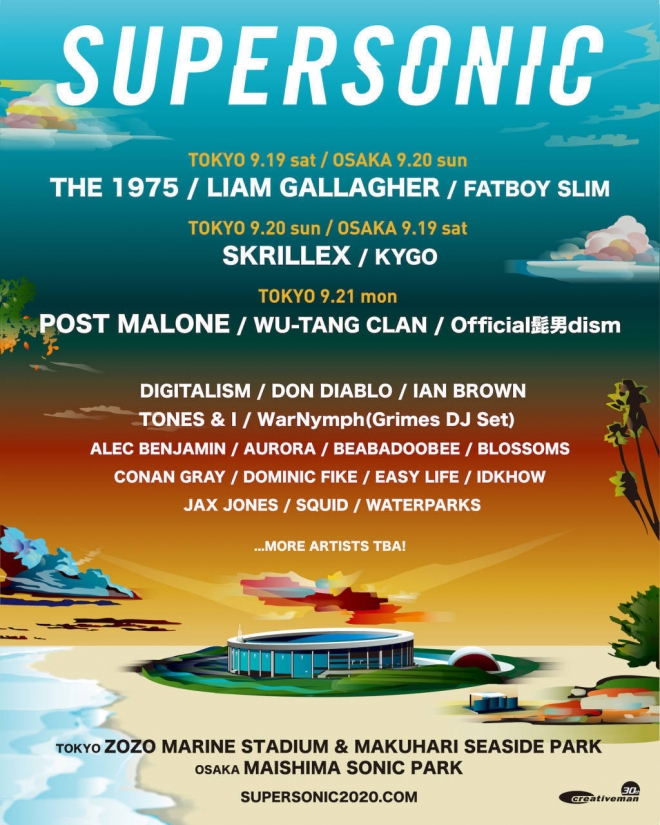 The festival will be held from September 19 - 21 in Tokyo and September 20 - 21 in Osaka. Interestingly, the line-ups will be exchanged between cities each day, so it doesn't matter in which city are, you'll see all the acts. Except for Post Malone, WU-TANG CLAN and Official髭男dism who will be playing exclusively on the last day in Tokyo. Electronic music acts like Skrillex, Fatboy Slim, Kygo and Digitalism are also included in the first phase line-up, alongside other highlights like Grimes, who will be doing a DJ set as her alter ego WarNymph, Liam Gallagher and Aurora.

Entering the 20th edition, Summer Sonic Festival has been developed into an iconic national music festival in Japan. Throughout the decade, more EDM stars were invited to the festival, with past headliners including Calvin Harris, Marshmello, Alan Walker, Zedd, The Chainsmokers and more. The festival was expanded to Shanghai in 2017.