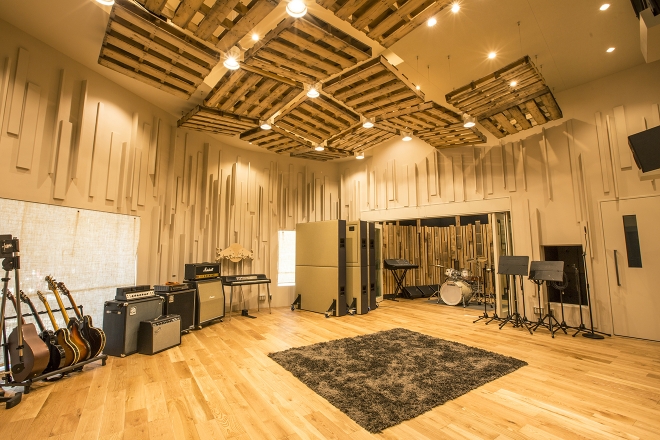 Red Bull will be closing and/or selling off its global music studios in an effort to cut company ties with the entertainment industry. Beyond the recording studio closures, the brand will also be cancelling all of its music events.

According to Music Business Worldwide, staff at Red Bull announced that the company would be cutting back and discontinuing their music projects besides Red Bull Records, their US-based recording label and other “local activations”. Red Bull has eleven studios globally, in Amsterdam, Auckland, Berlin, Cape Town, London, Los Angeles, New York, Paris, Sao Paulo and Tokyo.

The company has already closed down Red Bull Music Academy in 2019. The music institution was described by Hudson Mohawke as “maybe the only truly successful example of a corporate sponsored music/culture partnership”. Its closure was mourned by many other well-respected artists in the music industry as well, including RMBA alumni Flying Lotus and Nina Kraviz. Writer Hua Hsu put it delicately but defeatedly: “These days, experimental art often views corporate largesse as necessary. The closing was a reminder that much of contemporary culture is produced by companies that don’t see themselves as archivists, or as custodians for the future. Art is just content, and it vanishes, too.”

Needless to say, Red Bull’s contributions to the music world were immense. Over the past few decades, the brand created physical and digital spaces globally for music-makers to congregate, collaborate and create. Partnerships between big corporations and creative communities have always been less than equitable, a common sight being: a big brand profits off the authenticity and originality of an independent artist, but fails to provide enough resources to support them let alone empower them or develop their artistic growth. The company’s involvement in the global music industry over the years has proven that it is not impossible for a big brand company to contribute to a creative industry by promoting community and inclusivity. Unfortunately, possibility does not always equate to longevity.

While the company has not released any public statement on reasons behind its cutting back of music-related projects, The Wall Street Journal has reported on July 15 that the decisions were related to internal tensions over the company’s response to the recent Black Lives Matter protests against systemic racism and police brutality. The WSJ reports: “Some U.S. employees had recently raised concerns about what they considered the company’s inaction on the Black Lives Matter movement and about a racist slide that was in a presentation given at a company event in February.”

According to MBW, a Red Bull spokesperson expressed that the company has decided to “strengthen the focus of its culture marketing programs on where it makes the most impact”. Given that the company has been breaking branches off their music sector for the past few years, it is likely that the decision to close its studios was an economic one. The news is sad but comes unsurprisingly, especially in 2020 where most news is bad news. As we pray and wait indoors for another precious burgeoning of a truly healthy and promising marriage between a corporate brand and a creative community, Red Bull’s archive of YouTube videos must suffice.

Watch TOKiMONSTA discuss the making of her album Desiderium in an RBMA lecture in 2014: