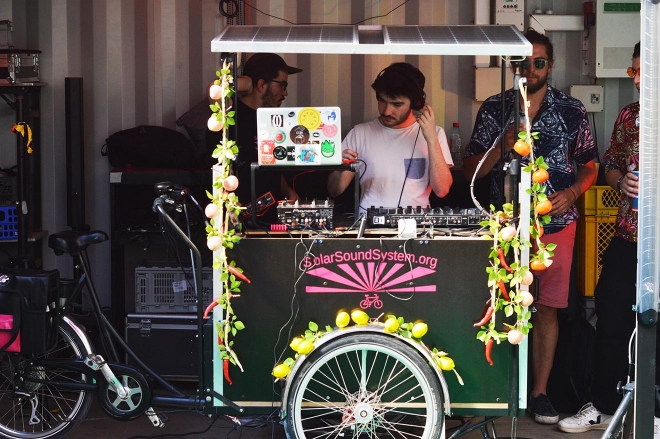 With Earth Day approaching this Friday, April 22, we checked in with our friends DJs for Climate Action, or DJs4CA as we like to call them for short, and their annual Earth Night festival is in full swing for 2022. The crew have long been on our radar for our mutual mission to harness the power of the electronic music community and generate climate action. For years now, they've been sowing the seeds for a global community of electronic music makers who find themselves drawn to the climate and social justice movement—and we love all the cool ways they execute their environmental mission.

This Earth Day, the collective returns to our screens for the fifth annual Earth Night extravaganza as they band together 30 cities from around the world for a series of for-the-planet events running from April 22 to April 24.

This year, the Philippines is the lone locale in Asia to join the party alongside broadcasts from New York, Melbourne, Lisbon, Bogota, Santiago de Chile and more. The events will beam music and live performances from venues in Makati, which is in Manila, including White Banana, Boogie, OTO, Pura Vida and Kampaiis, and will be raising awareness and aid for Lokal Lab with music activation by Sounds Nais. See the full line-up below: 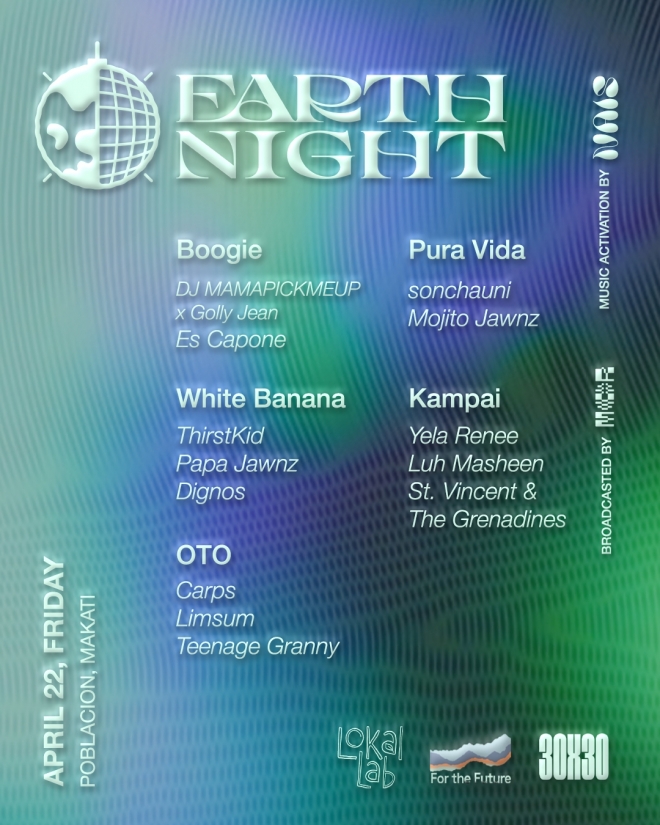 A night by Transit Records at Futurist as well as a Back to Earth Event at The Bird’s Nest on Siargao Island are also expected to join the programme on April 23.

All the participating venues, artists and promoters of Earth Night events this year are doing so with one collective mission and vision in mind: connecting the electronic music community under one recurring goal, and that is to generate climate action. Anyone participating will be taking action by either using renewable energy, going single-use plastic-free or providing only 100% plant-based food at events, at least.

“We’ve been working on raising awareness and encouraging action for five years now and this year we’re taking it a step further and asking our Earth Night events to embody the change that the industry needs,” said Eli Goldstein, Earth Night co-founder and one half of Soul Clap. “From reducing single-use plastics, to recycling more, to using renewable energy, to cutting air travel emissions by supporting local DJs, we hope that these events can set an example and inspire positive change.”

Founded by artists like Goldstein and Sammy Bananas, past iterations have received support from big names like Little Boots, Dillon Francis, Soul Clap, Jamie Jones and A-Trak. Earth Night is the collective’s flagship event but is just one layer of the work that DJs4CA does. Before COVID, their last IRL event raised $15,000 for initiatives working towards climate solutions and that momentum never stopped during the pandemic. Through a partnership with Greenpeace, they released a 41-track Climate Soundtrack featuring music made from a sample pack of field recordings collected by the NGO like iceberg claps, whales singing, monsoons, birds in the Indonesian rainforest and more sounds of nature. They also regularly hosted and participated in panel discussions on the role of music and culture in climate action.

The overall initiative is part of DJs4CA’s Future Vision initiative, which imagines a greener, fairer and more innovative electronic music industry by the time 2030 arrives. 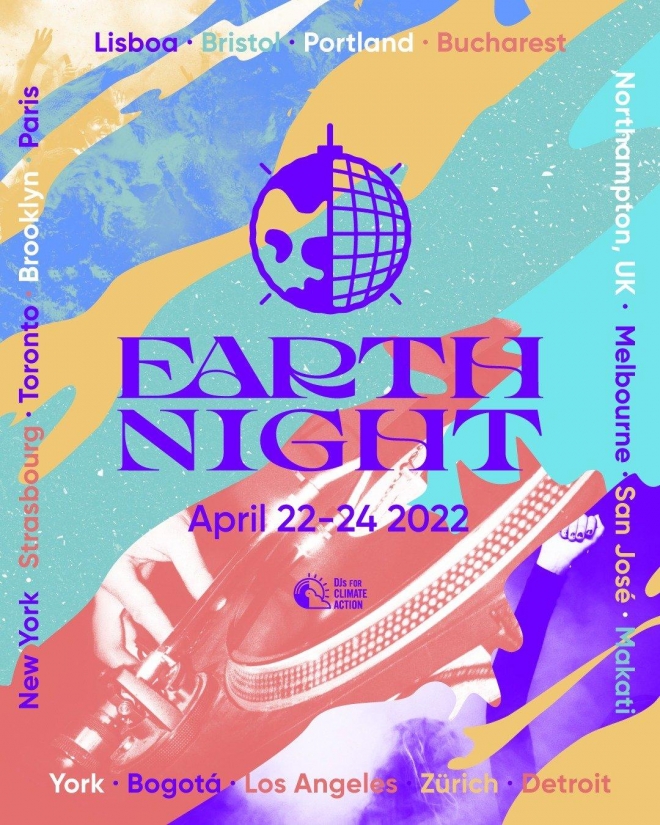 The fifth annual edition of Earth Night will take place April 22-24, 2022 during the week of Earth Day. More info here.