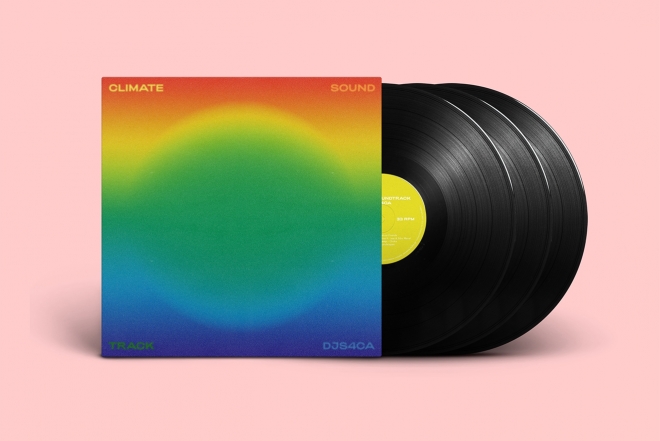 Can music inspire climate action? A growing number of DJs and music industry professionals think so and are using the power of music to raise awareness surrounding the plight of the planet we inhabit. DJs for Climate Action (DJs4CA) are one such collective of artists who have long been fighting the good fight and last week, they finally released their Climate Soundtrack.

The 41-track compilation features music from Acid Pauli, Mark Farina, Fakear, Aroop Roy and more, including several promising producers who stepped up to the occasion when asked “What Does The Future Sound Like?” and delivered music to save the world to. Vocalists alike were inspired by the sounds and the compilation features Synapson vocalist Lass and more up and coming artists.

The selections were curated by a jury made up of Nicola Cruz, BLOND:ISH, Cosmo Baker and Matt Black of Coldcut and were whittled down from 350, with every single song using nature sounds from around the world captured by Greenpeace to create the music submitted.

The final compilation runs the gamut through several genres of electronic music with influences from around the world which inspired electronic bangers, textured techno, freeform jazz, Lo-Fi beats and more. From Colombia to Reunion Island, France, the UK, India, Japan and everywhere in between, the sounds and project connected.

Alongside a digital release, the compilation is also being pressed onto vinyl by Green Vinyl Records, who are doing so using a new injection molding process which they say reduces carbon emissions, is free from toxic PVC (Poly Vinyl Chloride) and Phthalates without ever compromising on audio quality.

"The Climate Soundtrack explores the vital role music and culture play in the climate movement, offering inspiring visions for the music community and beyond," reads a description. "With the climate samples at their root, each track is inseparable from the stories of place and planet carried inside its structure."

“Play to activate. Play to get mad. Play to unwind. Play and imagine pipping it directly into the ears of every world leader in Glasglow at COP26. Play to dance. Play to cry. Play while envisioning all the samples in their native habitats. Play wondering about the producer's inspiration. Play for friends. Play for succulents. Play for you. Play and keep playing.” 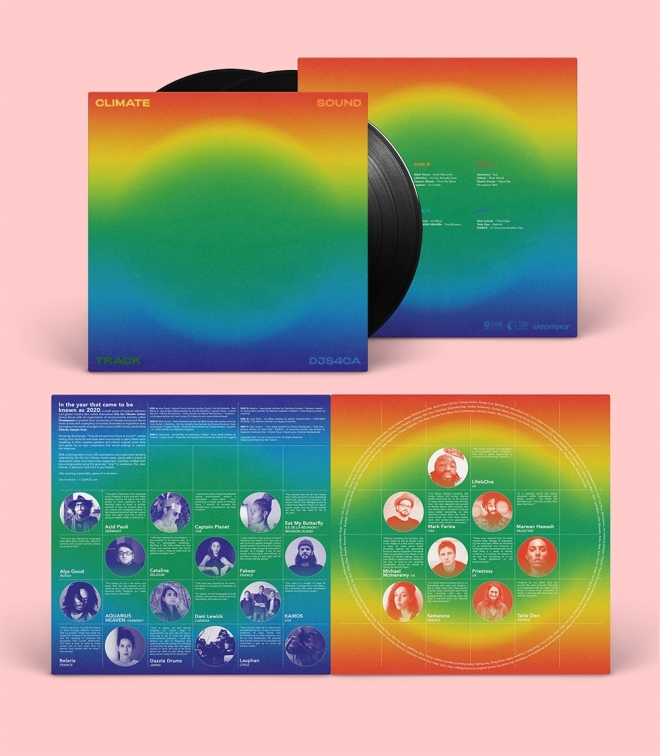 All proceeds from sales will be split between DJs4CA’s future projects as well as the frontline organizations that operate in the locations where the samples were recorded.

Find the full tracklist below:

Last year, DJs4CA made a call for submissions after putting out a sample pack and sonic toolkit of field recordings gathered by Greenpeace across years of expeditions and activism around the world. It featured iceberg claps, whales singing, monsoons, birds in the Indonesian rainforest and more sounds of nature.

Last month, DJs4CA announced a new vision for the electronic music industry, one that is greener, fairer and more innovative by the time that 2030 arrives. They’re calling it Future Vision and it's being delivered alongside a set of ideas on how we can get there. Read more about it here.

The Climate Soundtrack was released on November 5, 2021 alongside COP26, the 2021 United Nations Climate Change Conference, held in Glasgow from October 31 - November 12. Purchase it here.