Boston-based purveyors of musical light Soul Clap have long been known for their energetic fusion of enlivening grooves and principled commitment to help build and sustain a fairer and more unified planet. We invited the pair to compile a chart of personal favourites from their extensive archives, and we were thrilled with, not only the tune selection, but also the carefully considered and richly informative descriptions they provided for each sensational pick. 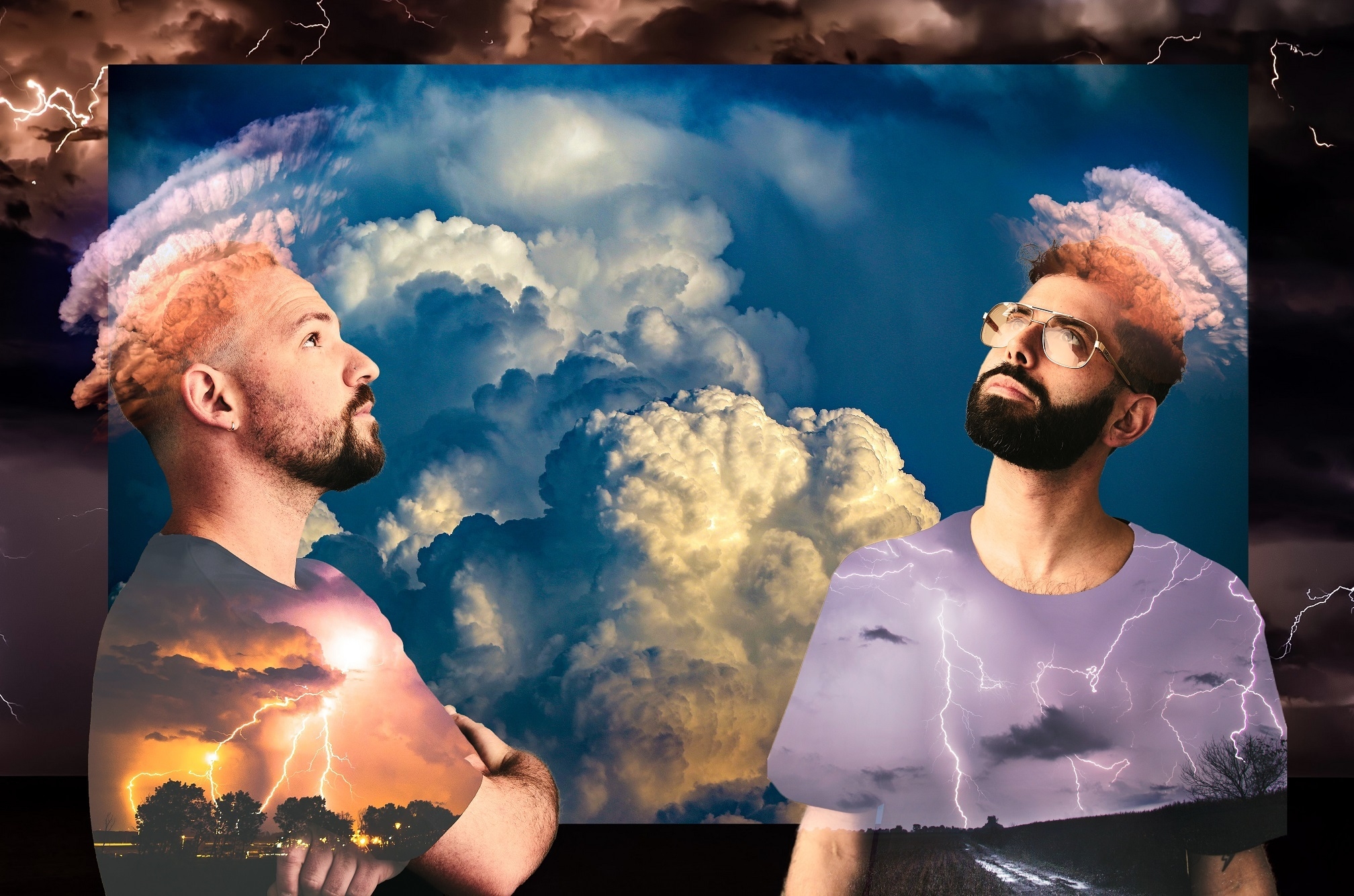 The last year or so has represented an extraordinary challenge for humanity on so many fronts, and the collective fear and frustration our species has faced has served to highlight the inequality that divides us, as well as the urgent need for each of us to engage in nurturing and protecting the planet we share. It's hard to imagine a time when the world has been in greater need of reflection, action, nourishment and universal good feeling, and Soul Clap are most certainly playing their part to address this via their tireless creative output and uniquely effervescent energy. Communal spirit is a key aspect of the Soul Clap brand – with the Crew Love artist collaborations, DJs For Climate Action, and Rave The Vote initiatives examples of a refreshingly socially-conscious approach to their artistic endeavour. Their most recent album 'WTF (World Transformation Force') was released earlier this year, combining shades of r&b, house, soul and funk with a unifying message of hope, and the inspired list they provided us with here joyously augments their globally-focused manifesto of love. “Our belief that things will get better, even if we are still just beginning to learn how to get there,” said Soul Clap in advance of the album's release. “Compassion, empathy and human connection from the heart are essential to our energy and have the power to heal.”

Since their records began hitting stores in around 2008, Soul Clap's Charles Levine and Eli Goldstein have routinely garnered widespread love and respect for their varied and often genre-defying blend of approximately house centred flavours – from well-crafted edits to out and out funk forays, disco-tinged house to nocturnal warehouse soundscapes and far beyond. The duo have released original music and mix compilations on a multitude of high calibre labels, including Fool's Gold, K7, Bastard Jazz, Crosstown Rebels, Get Physical, and AirDrop. Their very own Soul Clap Records label has seen them present delightful work from the likes of KON, Michael The Lion, Pontchartrain, Bosq, FSQ, Stump Valley, Nona Hendryx and many other sublime creators. But it's not just their music that has won them admirers. Dance music has at its very core an elemental foundation in inclusivity: from New York's Paradise Garage to The Warehouse in Chicago, the roots of contemporary dance extend deep into the nutrient-rich soil of universal oneness. Dancers of all ethnicities and orientations would merge under the strobe as gyrating bodies were propelled by infectious grooves constructed by often anonymous artists from all walks of life. This glorious essence maintains to this day and is intrinsically woven into the fabric of the Soul Clap project, greatly contributing to their interplanetary allure. “Dance music was born as a subversive, underground movement of marginalized people and we believe it’s our duty to follow in their footsteps and use the power of our culture for positive change,” said Soul Clap “The WORLD is the planet we live on, our home, who’s gifts we rely on for survival.”

From undisputed dance classics to esoteric pearls, the following chart brims with equal measures of positive energy and dancefloor funk from the first beat to the last. Without further ado, absorb the insightful track descriptions, hit play on the respective virtual buttons and let the rousing sounds lift weary spirits as they move your dance-hungry feet.

“Out of all the songs on WTF the cut that brings the most message to the dancefloor and into the mix is Back 2 Love featuring LA-based songwriter/singer/pianist Desmond 'DSP' Powell. We co-wrote this song which is all about identifying where we’re at this moment in time and the urgent need to get back to radical LOVE. The lyrics cry out 'The moment is NOW' because our world is suffering. At the time that we wrote these lyrics we were out in Los Angeles in the studio of our co-producer Lee Curtiss and the west coast was literally ablaze with forest fires from California thru Oregon and beyond. 'Time’s burning down' is what we wrote as a metaphor and literal reference to what was going on. 'Every second, every minute, the time is now, come on get with it… Get back 2 LOVE!' The lyrics are simple, but so direct and no matter how many times we hear this track its power just gets stronger!”

“Legendary Chicago DJ, producer and vocalist Joe Smooth came up with the concept for this absolute classic house record while on tour in Europe with fellow pioneer Farley 'Jackmaster' Funk. The idea was to capture the feeling of Motown and modernize it after seeing the impact house music was making in Europe. Tapping into that spirit, Smooth tells the story of how humans, as brothers and sisters, should unite in love and order to thrive in paradise! This record was a huge hit in the nightclubs in Chicago when it was released in 1987 and even peaked at #56 in the UK singles chart. Most recently in 2018, Mixmag listed 'Promised Land' as one of 'The 30 best vocal house anthems ever'”

“Armand is one of our greatest influences not only because of the tremendous impact he’s made but because his story is rooted in our home town of Boston and his famous residency alongside DJ Bruno at The Loft. This selection, 'Mother Earth' seems to tie together many of Armand’s styles, namely house, speed garage and r&b / hip hop into one piece of music. The vocalist Takitha comes straight out of the 36 chambers as an official member of the Wu-Tang Clan and the bass line of this cut is as Speed Garage as it gets! Thematically Takitha cries out about the destruction of our planet aka Mother Earth with a chilling refrain in the chorus 'Can you feel her pain? Before you know it the future is gone'...” 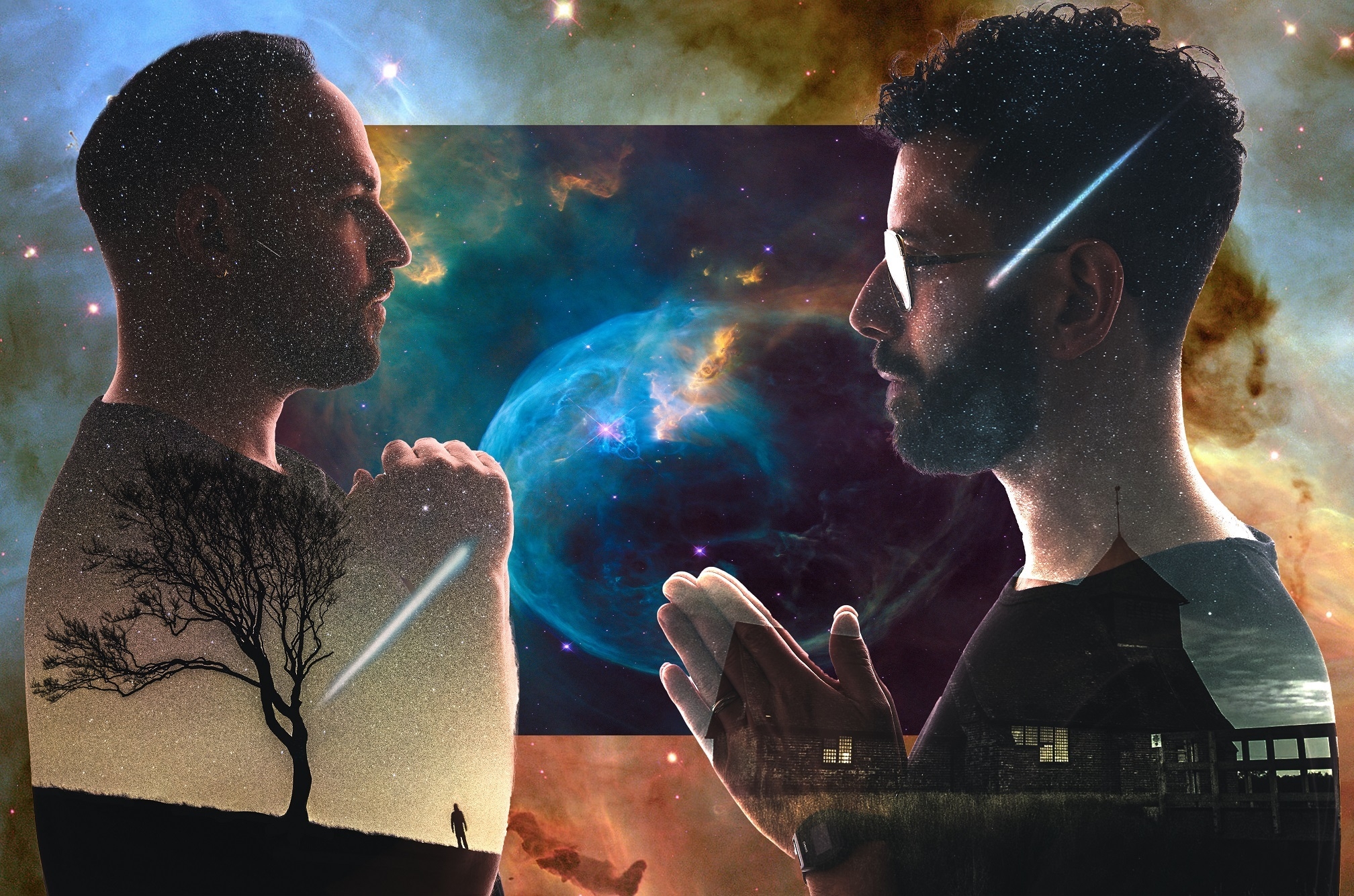 4 Jesus Loves You 'Generations of Love'

“Jesus Loves You was a Balearic beat / dance pop side-project founded by lead singer of Culture Club fame, Boy George which marked his return to the spotlight after a somewhat tumultuous end of the ’80s. This record comes from Jesus Loves You’s debut LP The Martyr Mantras which was released in 1990/91 and received critical acclaim appearing in dance and top charts in the UK, US and across Europe. On this record Boy George sings of human injustice with a message of prevailing hope and love. There have been many remixes and bootlegs made of this record over the years, but in our opinion by far the greatest is the 'Land Of Oz Mix 12” Mix' produced and mixed by Paul Oakenfold and Bruce Forest.”

“It doesn't get much more radically conscious than this! Dance music's 90’s superstar crossover heroes Deee-lite takes us all the way to the picket line on this number. The A section draws us in with Lady Miss Kier’s signature deeee-lovely vocal style talking anti-war, pro-environmentalism, anti-wall street, and pro-love! Then with an explosive flip on the B section, a feature from Michael Franti (Spearhead, Disposable Heroes Of Hiphoprisy) speaks truth to power hitting the message out of the park. This cut comes from Deee-Lite’s second studio album ‘Infinity Within’ with notable contributions on this song from P-Funk family members Bootsy Collins on Bass, Bernie Worell on synths/keys and horns from Fred Wesley / Maceo Parker!” 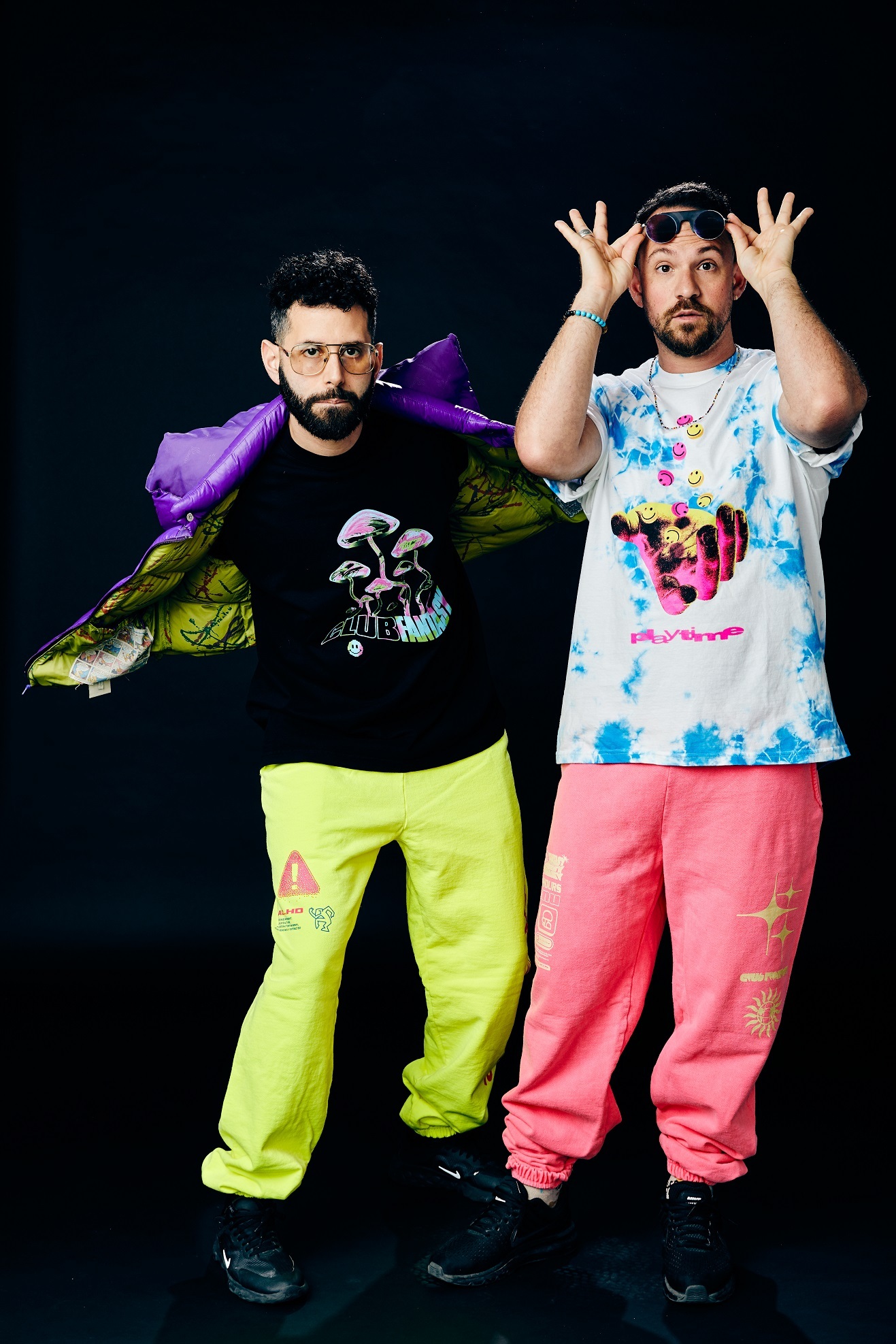 “This record is such a monster of a collaborative project. It really contains some of the best elements of the early rave days. It’s got the breakbeats, the full force of 808 State’s pioneering techno and the message of protest and consciousness in a signature reggae stylee sung by none other than legendary Birmingham based group UB40. This version is a remake of the original which was released in 1981 and the song title and refrain in the chorus 'I am the one in ten' refers to the number 9.6 being the percentage of local workforce claiming unemployment benefit in the West Midlands the summer the original was released. There have been a few versions of this VS remake between 808 State and UB40 but we love this full vo

“Although there have been many house music originators who hail from Chicago, few can compare to the impact made by deep house pioneer Larry Heard. Also known as Mr Fingers, Heard’s unique hybrid of acid and deep sonics paved the way for an entirely new approach to electronic music. One particular number that changed the game was 1988’s 'Can You Feel It' released by his group Fingers Inc along with fellow producers/vocalists and musicians Robert Owens and Ron Wilson. Originally 'Can You Feel It' was an instrumental number until one of house music’s most famous and important acapellas was added; namely Rhythm Controll’s 'My House' performed by Chuck Roberts. My House, which has gone on to be sampled and used timelessly over the years, paints a utopian picture of the house music scene where we are all accepted and equal under the power and gospel of the creator Jack!”

“As if this anthem by Larry Heard wasn’t already powerful enough as an instrumental, then magnified by the force of Chuck Roberts gospel 'My House' Fingers Inc took this experience one step further by adding Martin Luther King Jr’s 'I Have A Dream' sermon. This piece of music really shows the correlation between house music’s origin, that of a subversive movement of marginalized people and a push for civil equality and social justice. Also interesting to note is that in this time before the internet and YouTube, Martin Luther King Jr’s sermons were available and sold in record stores thanks to Motown’s Barry Gordy who released these types of spoken word, poetry and political speeches on the Motown sublabel Gordy Records.”

“We all know how powerful and uplifting house music can be, but Cajmere’s (aka Green Velvet) 'Brighter Days' featuring the mighty vocalist Dajae really takes the cake as a record that brings us up when we’re feeling blue. In fact, lyrically, this feels like the content of a blues record offering a chance to escape life’s hardships and bathe in the positivity and celebration of the dancefloor! 'Brighter Days' was released in 1992 as the first release that Cajmere used to launch his seminal Cajual Records imprint. This record peaked at number 2 on the Billboard dance charts as has been an anthem ever since!”

“The Streets is the music project from UK rapper and producer Mike Skinner who in 2002 released the debut album Original Pirate Material. Skinner does an incredible job fusing electronic genres like garage, house and techno while always keeping the spirit of the rave alive. On 'Weak Become Heroes' he paints a perfect and extremely relatable picture of a young person experiencing the world of electronic music for the first time, specifically in the UK during the mid-’90s. Politically, Skinner also makes references to the Criminal Justice and Public Order Act of 1994, an act which was seen as curtailing the rights of people to host raves. This record is easily one of the most defining songs of our generation and makes us overwhelmed with nostalgia every time we hear Skinner's narration rap about his early raving days.”

Huge love and thanks to Soul Clap for this wonderfully curated selection.

Soul Clap's 'WTF (World Transformation Force) is out now on Fool's Gold. You can buy it here