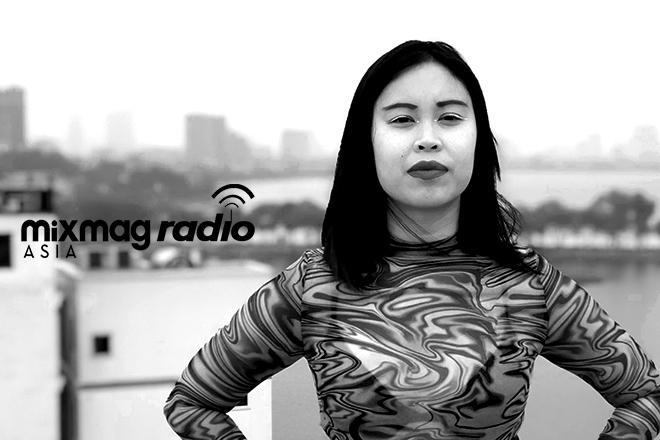 Conveying more than just a strong message to the world, Maggie Tra is here to stand her ground and wave the flag high for female producers and artists. And in light of recent headlined episodes of Asian hate hitting our feed, Maggie tells us, "I wanted to do a mix that is filled with Asian identifying female producers around the world. To showcase that we are more than just a fetish and to show the world that despite the discrimination we face everyday we get shit done and make dope music.”

I wouldn’t pigeon-hole her style as a DJ, but I think it’s fair to say she doesn't want to be either.

Maggie appreciates as much diversity in sound, as she does in every other aspect of her life, especially when it comes to the value of life cultures. That said, a particular realm she has professionally spent time in as a publicist and blogger is r’n’b and hip hop — “music has always been in my blood, I just never thought a Khmer/Vietnamese Aussie would ever be able to work and make a living in the music industry. That’s the music I love to listen to (hip hop), but as years passed and I put myself at the forefront of music with DJing and establishing SYS Sister Sounds, a DJ collective that teaches women and non-binary people how to DJ dubbed ‘Pho The Girls’ in Hanoi, Vietnam.”

Her set for Mixmag Asia Radio includes a who’s who of unparalleled female talent from Asia including Xiaolin, Closet Yi, Pamcy, Yaeji and Felicity Yang. Maggie is a big and supporting fan of the talent within the proximity of Asia, and she highlighted to us, “For DJs, I love A/K/A Sounds in Singapore, she’s a boss. Hilda is my personal favourite in Hanoi Vietnam, she’s so humble and such a turntable killer when she’s on the decks. Both those ladies I aspire to be. Producer wise Lush Lata in India is cool, I played after her at Goa Hip Hop Festival last year and have now found out she produces music with some Bollywood influences which is cool.”

Maggie Tra soaks it all in, and churns it back out with plenty of love and fervour. DJing aside, she’s taken new and bold steps with a very recent release ‘Pretty Srey’ that was premiered on Mixmag Asia — the single is a Khmer-fused balearic beachside groover, that touches on her youthful days.

Now based in Hanoi after some time in Australia, we expect to see and hear of bold manoeuvres and creative gems from an artist who truly embraces her pan-Siamese roots.

Tune in below to enter the world of Maggie Tra for Mixmag Asia Radio.