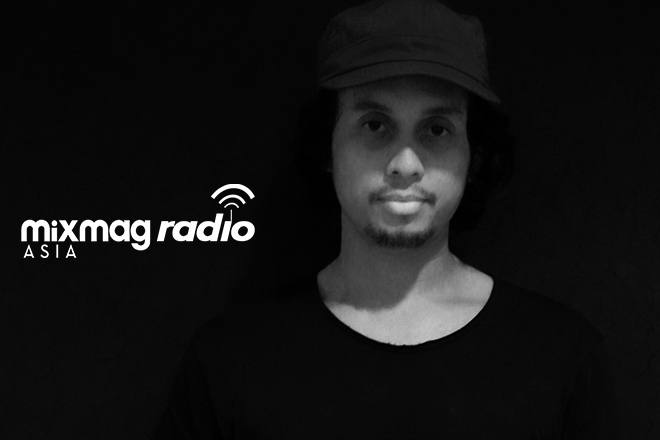 Zero f*cks given to rules and boundaries. That’s how we like our music served. And that’s how Ed Dix has honed his craft as a DJ.

Originally from the small town Kota Bharu in the northern rural state of Kelantan, Malaysia, DJ and producer Ed Dix has always allowed his surroundings to influence his musical premise. Kelantan is “a conservative state that had a lot of influence on me musically and in person”, says Ed. His pre-teen years were spent admiring his uncle’s tape collecting habits whilst nodding away to radio pop. He eventually developed an affection for “harsh music”, as he puts it, that included “post punk, new wave, grunge and experimental rock, and that’s where the real journey began for me.”

Speaking from when he was the drummer in a band at 15, “I remember there was this underrated cassette store nearby our usual jamming studio in Kota Bharu where I could pick up favourite stuff, so I started to build my collection, diversifying my taste and exchanging tapes with the bandmates. My first 3 albums were Joy Division ‘Unknown Pleasure’, Radiohead ‘The Bends’ and The Cure ‘Disintegration’. I didn’t have the luxury of collecting records, you know turntables are expensive plus I grew up in a place with no vinyl stores so cassettes and CDs were more convenient. After five years actively involved in a second band, there was a need for building my own space, and I started to be more fluid about my decision making. And that’s kind of where I am right now, listening, digging and making noises in my own world (studio), and it’s a 20 minute-drive from Kuala Lumpur.”

It was only after he moved to Kuala Lumpur around 14 years ago did he get exposed to electro and techno, and it’s safe to say that Ed was audibly satisfied with that part of his evolution. The much needed studio space has served him well, as he’s belted out top-notch releases like ‘Themes for Divided Tribes Vol.3’ on Jakarta’s Dekadenz Records, which followed his debut self-released EP ‘Planetarian’ in 2018. HIs more recent releases from 2020 include 'Mukadimah' on Nein Records and 'Halusinasi' on Playground Records.

We like that there’s no push and shove coming from Ed, he’s more about finding himself and his place in this world where he can truly express himself and sync his creative flow with the frequencies that scintillate him. And that’s not to say he doesn’t have his ears to the ground of what’s happening around him in Asia — he’s both a fan and an artist on Dekadenz for their commitment to “their productions and musical taste, I think they set a great example, and I also love what Sunju Hargun is doing too.”

“The phase that I’ve been through lately, the moon and latent emotions — the darkness of uncertainty and ambiguity,” according to Ed, is what you’re about to hear when you press play below. It’s moody, it’s raw, and it’s straight from the soul of Malaysia’s Ed Dix.

Tune in below to Mixmag Asia Radio 054 with Ed Dix.