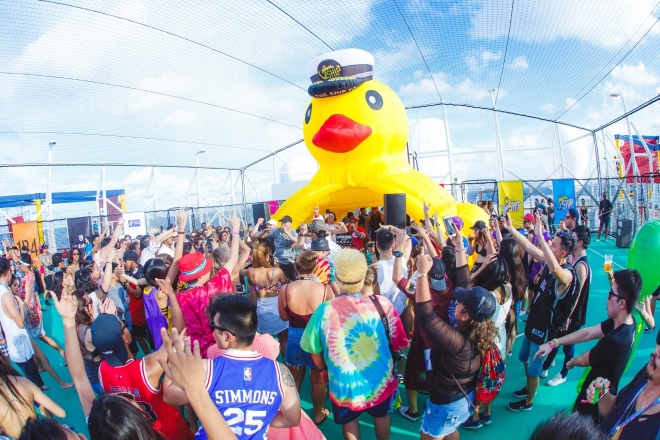 Celebrated as Asia’s largest festival at sea, IT'S THE SHIP is seen as quite the ground-breaking purveyor of parties. Setting sail on its maiden voyage in 2014, the festival underwent a three-year hiatus from 2019 due to the pandemic. However, now it’s back and ready to test new waters in the Metaverse with its NFT collection — DuckDrop.

This shift into the digital realm just adds to the festival’s revolutionary street cred — it will be the forerunner of creating an immersive festival experience fused with blockchain technology in Asia. The DuckDrop NFT collection offers more than just cute characters — each comes with its own unique trait inspired by shipmates (the term for IT'S THE SHIP's guests) that’ll definitely entice buyers to adopt and shop.

Read this next: Coachella is selling lifetime passes as NFTs

The drop was teased on IT'S THE SHIP’s official Instagram 2 days ago and featured five-time IT'S THE SHIP performer DJ Kaku reacting to a video filled with 90s game show vibes. “Wow, this is so sick. It’s perfect. Like, honestly, IT'S THE SHIP, NFTs… Just makes sense to me,” Kaku says in the video. Being based in Singapore — Asia's most blockchain-friendly country — here’s hoping other countries will get on board in facilitating the festival’s tech-heavy course of action.

Different party perks are embedded in each duck which represent a unique trait of IT'S THE SHIP as a festival. These include money-can’t-buy benefits such as cabin access, lifetime discounts, backstage passes and one that’s sure to stir up enthusiasm — the ability to vote. You read that right — DuckDrop holders will have their opinions prioritised when it comes to the festival’s real-life experiences planned for the future.

“We are bringing people together and supporting the entertainment and music festival industries by releasing NFTs in the hopes that it would bring us closer to the fans. We promise that this will be the first of many experiences in the future,” mentions Livescape Group’s Project Lead, Samira Davidson.

Read this next: Tinder relaunches festival mode for summer 2022

The inaugural NFT Collection named 'The Genesis’ is made up of a limited 888 eggs that will be available through the Ethereum network — holders can even see them hatch and evolve on-chain. The DuckDrop NFT collection in its entirety will be accessible for purchase on the official website or alternatively via OpenSea. Buyers be ready — it plans to expand into a total of 8,888 ducks to be distributed throughout 2024.