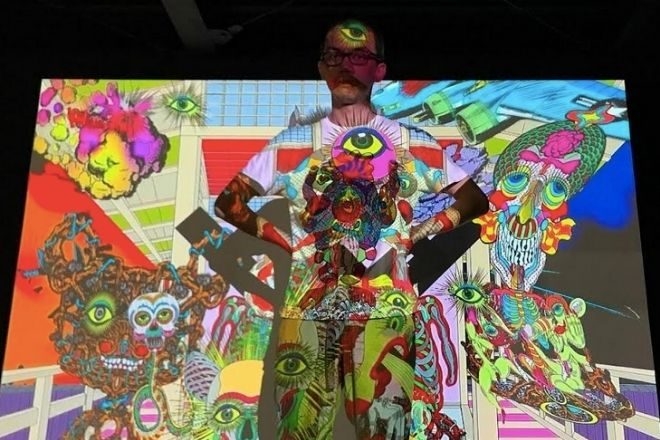 The pizzazz of a gig’s visuals is arguably as paramount as the music itself. Throughout the years, blending digital techniques on screen with an instrumental gear-decked setup can easily dictate any show’s takeaway.

Despite largely remaining behind the scenes — often in the darkest corner of a venue — the role of a video artist of co-creating an unforgettable experience for the audience means having a firm grasp in timing, experimenting and being in the moment.

For Filipino visual artist, comic creator, author and occasional bedroom producer Apol Sta Maria, VJing wasn’t always part of the plan. Just as surprising turns can be some of the most rewarding, Sta Maria suddenly found himself doing visuals for an atmospheric act: Modulogeek at Baybeats Festival in Singapore in 2013, and for electronic duo Tarsius at Clockenflap in Hong Kong the following year. He’s since worked with the likes of Apartel, Oh Flamingo, Ransom Collective, and living Filipino music legend, Ely Buendia.

“Getting into live visuals was never intentional," he said to Mixmag Asia. "It was 2013 when I met Joon Guillen (Modulogeek) at an Attraction! Reaction! gig. I loved his music, and he told me he liked the poster I made for that event. We stayed in contact after that, and three weeks later, he asked if I'd want to replace his regular visuals guy for a gig in Singapore. I said yes, without having any gear for it."

“What I had was an iPad, and a newly-downloaded app called VJay. It's a DJ deck that replaces music with video clips. I then made 12 clips — all a minute long. We were surprised at first since instead of a projector or LCD screen, the event only had a 52-inch TV. No lights, just like a mall gig. But it was fun!”

The 40-year old, who moonlights a creative director for a local fintech brand, has lived with art all his life. He also had a stint as a bassist for a band called chocolatebeef when he was 18.

“I grew up in an art-filled home. My dad collected comics like Eerie and Creepy, and my grandmother loved Pinoy [Filipino] titles. When it comes to video projection, I remember weekends in the late 80s where my dad would bring out our slide projector so we could "watch" the photos while snacking on Besuto prawn crackers.”

Reams of graphics among video artists range from anywhere between coding systems and 3D animations to obscure physical/digital objects and collages. However, it’s not always about the most complicated programs or the flashiest mapping gear, and Sta Maria is a primary example of it. Often armed only with an iPad and a projector, it’s his vehement creative process that easily takes center stage.

“I still use the iPad for most of my projects. I have a full-time day job, and I squeeze in creating short clips during breaks. I have a lot of go-to apps first like Matter – which places 3D objects into photographs and artwork. I enjoy experimenting with those, and creating different interesting clips,” he says. “Aside from that, I use videos I've taken and I over-process them to the point that they almost seem abstract. I tweak the colors, duplicate the layers, flip them for symmetry, those look good on an LCD screen. My clip-making reminds me of making collages: random scraps and overlays, color sets and themes, all depending on the artist I'm providing visuals for.”

Study Sta Maria’s decades’ worth of works enough, and one can get a measure of his passion for political activism, which the artist feels heartily about — especially during a pandemic that’s further highlighted the country’s socio-political disparities and ill governance.

“With everything, I still blame the shitty time we have now on our non-existent leadership and inefficient government, that's usually the context of my work. If none, I'd like to think everything I do is open for interpretation. I know it's a privilege to make art during this time, and that an artist's stand should be clear even if not explicitly stating it. So maybe making art would be more enjoyable if there were more justice in the world for farmers, activists, and workers. Hopefully we get there.”

Some of his recent works during the pandemic include collaborating with Tarsius’s other half and DJ, Diego Mapa for his recent project, Like a Moth to a Flame, illustrating the album art for Oh Flamingo’s Sunsets and designing the album cover for Tarsius’s most recent release, Culture Cow. 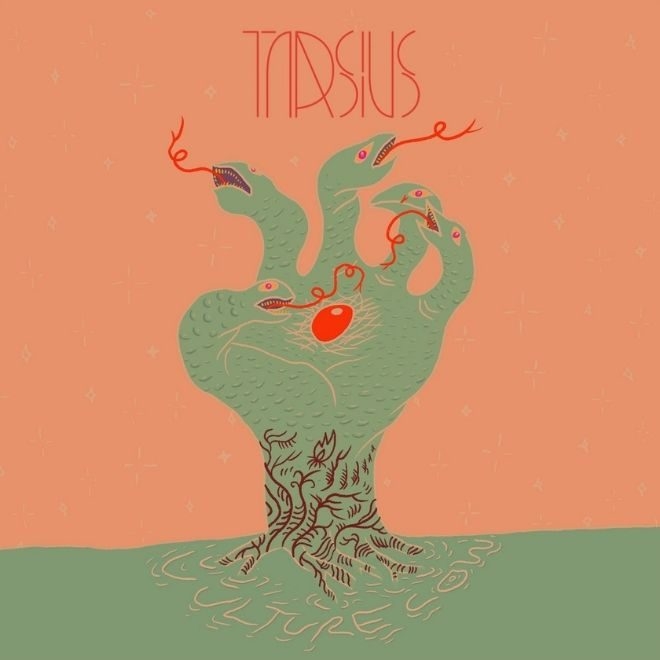 With some parts of the world still waiting for gigs and live shows to return — and with the Philippines’ nightlife and events industry going dark yet again — Sta Maria continues to feel nostalgic, eagerly waiting with his pen, paper and tablet.