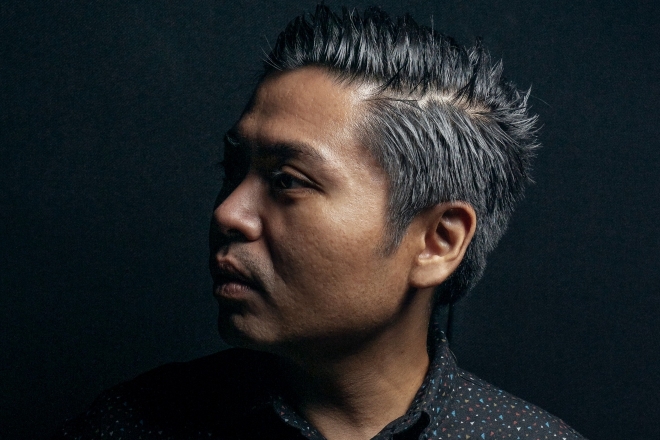 Manila’s own Alinep has finally announced his debut album, ‘Maharlika’ LP, with a plan for it to come ready with plenty of support from around the world.

‘Maharlika’ is a seven-track LP that taps into Alinep’s evolution as an artist, as well as the deep heritage of his Filipino roots.

The name Maharlika holds significant value to Filipino history. Alinep explains, “Maharlika were the feudal warrior class in ancient Tagalog society in Luzo. They symbolized revolutionary change. ” The same cultural philosophy was used by kleptocratic former President Ferdinand Marcos as his vision of Filipino nationalism and current President Duterte has also appealed for the Philippines to change its name to Maharlika as a way of moving on from the country’s colonial past.

His seven-track debut LP will be released at the end of January on Diffuse Reality Records, a label and wax boutique in Barcelona and Buenos Aires which has hosted the likes of Marcel Dettmann, Heidi, Danny Wabbit, DJ Surgeles, TWR72, Ecilo, label boss Squaric and plenty more notable techno producers.

Two of the singles, ‘Kumpas’ and ‘Entrada’ have seen early support from Richie Hawtin, on his 4 hour studio mix from January 1.

All seven titles are Filipino (Tagalog) words — ‘Lipad’ is "fly". ‘Entrada’ is Filipino and Spanish for "to enter", ‘Halik’ means "Kiss", ‘Kumpas’ is "to move" or "movement", and ‘Yakap’ is "embrace". Not leaving out a cultural quintessential, ‘Tapsilog’ is a local favorite Filipino dish that consists of rice, beef and egg.

Alinep ‘Maharlika’ drops on January 31, 2022, on Diffuse Reality Records. You can listen below and pre-order here.