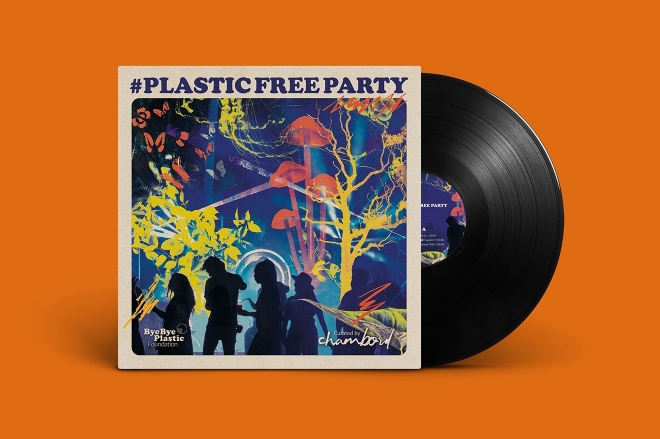 According to Bye Bye Plastic, the estimated carbon footprint of a vinyl record is over 12 times that of a CD with a single record producing around 2.2kg of greenhouse gas emissions. Fortunately, the resurgence of vinyl over the last couple of years has come coupled with innovation, and Bye Bye Plastic entered that league of innovators today with the announcement of vinyl release that joins artists from the plastic-free party movement and places them all together on one compilation made from…bacteria. Yes, bacteria. 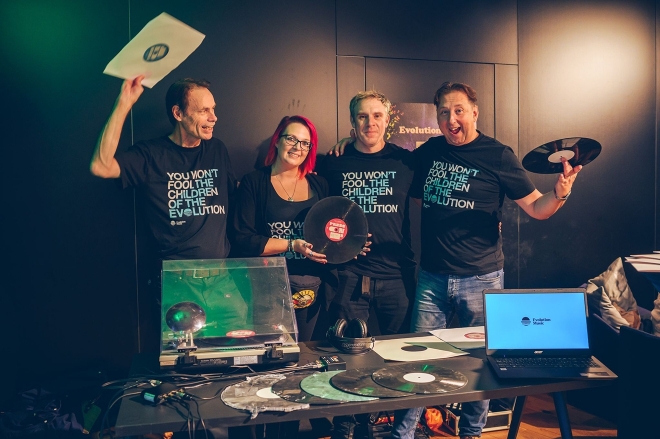 Partnering with the R&D experts at Evolution Music, who identify non-toxic natural solutions for the music industry and previously released the world's first record made from bioplastic (PLA), and Deep Grooves, a green pressing plant, Bye Bye Plastic has produced a record made from yet another type of bioplastic: PHA.

Read this next: Anjunabeats partners up with MIT through the power of music, art & sustainability

Its predecessor, PVC, or polyvinyl chloride, is the common material that records are made from and is referred to by Greenpeace as “the most environmentally damaging plastic”. Interestingly, more than half of the PVC used by record manufacturers in the US comes Asia, Bangkok to be specific.

The process of creating PHA uses microorganisms made through bacterial fermentation and yields a vinyl record that is entirely biobased, compostable and biodegradable in any environment, including the ocean. The planet-friendly vinyl is said by its creators to sound better than ever without compromising on sound quality.

Fittingly, the compilation is called #PlasticFreeParty, a mantra that Bye Bye Plastic has long been practicing and preeching. The 14-track release includes new music from Rammö, Chambord, Deer Jade, Shiba San, Elif and more, and was officially released on BLOND: ISH's ABRACADABRA label at ADE this year on a dance floor that was touted as the cleanest at the 2022 conference.

Read this next: NEWBrew craft beer from Singapore uses recycled toilet water as its main ingredient

Curated by Parisian DJ duo Chambord, the pair explained how the compilation came to fruition in a press statement: "In 2020, we worked with Bye Bye Plastic for our first live performance in France. During this time, we gathered a group of friends and associates to create fundraising for this cause, and have been working together ever since. We met with Camille from the BBP foundation, and together with Blond:ish we decided to create a music compilation to raise funds. Together we can hopefully achieve our goals and make a difference."

The physical release is limited to 150 copies and is expected to ship in February of 2023. All proceeds will go to the Bye Bye Plastic Foundation, enabling them to increase their visibility and message. A digital version is also available, and you can get your paws on both here.

Bye Bye Plastic is a disruptive nonprofit founded by BLOND:ISH working to eliminate single-use plastics from the music industry and restore Earth's balance. It was founded in 2019 after signing up more than 1,500 DJs on its plastic-free rider initiative and has grown to include new initiatives like a carbon calculator for the music industry and consulting services for events and festivals.

Read this next: Watch a 2-hour stream from a river clean-up with Sungai Watch in Bali

#PlasticFreeParty was released on ABRACADABRA on October 7. You can buy the vinyl here and listen on Spotify here.