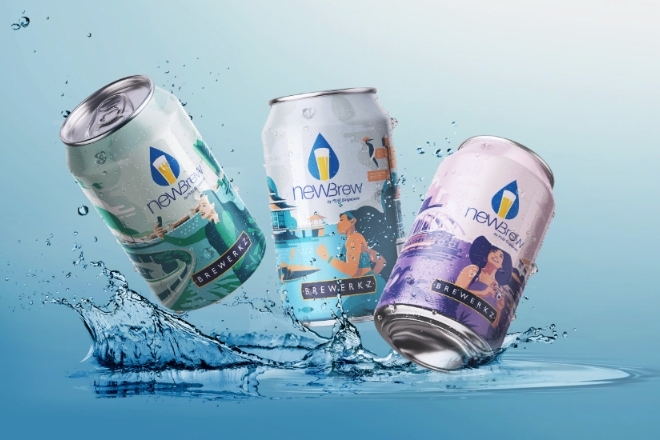 Singapore is turning heads with its sustainable blonde ale named NEWBrew. Sustainable in what sense, you may ask? The beer is made from recycled sewage water (yes, that includes urine).

Explaining about the innovative liquid that goes into making the beer, Brewerkz’s head brewer Mitch Gribov claims that “NEWater perfectly suits brewing because it tastes neutral. The mineral profile of water plays a key role in chemical reactions during brewing.”

In addition to providing citizens with an alternative alcoholic beverage, the development of the drink also intends to shed light on the current freshwater crisis that’s afflicting the globe and Singapore in particular.

Singapore lacks natural water sources and space for water collection, while also being heavily dependent on rainfall. This ground-breaking beverage is one of many measures the densely-populated city-state is investing in to cut down its reliance on importing water from neighbouring Malaysia. Other methods already taken are harvesting rainwater and seawater desalination.

NEWBrew made its debut at Singapore International Water week in 2018, and now returns with its 2022 version; “a Tropical Blonde Ale made using the finest ingredients, including premium German barley malts, aromatic Citra and Calypso hops, as well as kveik, a highly-sought after strain of farm-house yeast from Norway.”

The result? A beer that’s highly quaffable with a smooth, toasted honey-like aftertaste. Just try not to remind yourself where the liquid came from and you’ll be fine.

Taste NEWBrew straight from the can (no pun intended) by ordering online here.