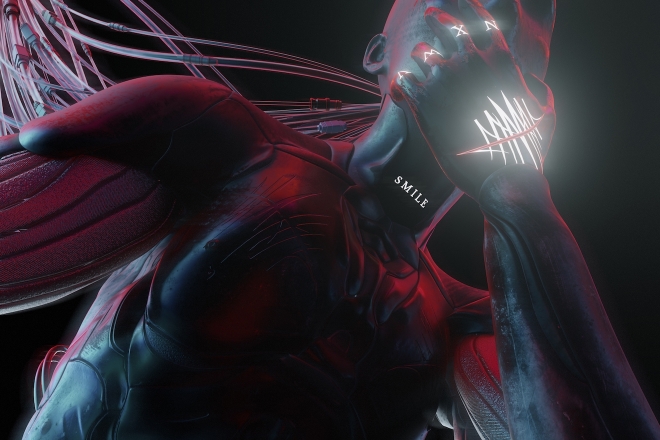 Sonia Calico-led SYNERGY FESTIVAL is reinventing collaborations. Taiwan’s first large-scale digital art and music festival is taking the art of pairing up to new heights as she strives to forge new bonds between the underground and the mainstream and develop a new paradigm within Taiwan’s music scene.

The highlight of the event, amongst many, are the Synergy Triangles, which, with the creative help of Jägermeister, are eight special projects that see a DJ co-create a performance together with a singer and an AV whiz for a multi-faceted, totally novel delivery.

Taiwanese rapper SOWUT and electronic music producer B E N N makeup one such triangle, and might be the furthest apart in style amongst the whole lot. Despite this, their track ‘ALL RED’ is a perfect embodiment of SYNERGY FESTIVAL’s collaborative spirit and respect of rave culture, and the output was so good that the festival rushed to release it separately as a special single.

“SOWUT’s lyrics on ‘ALL RED’ ponder the curatorial focus of SYNERGY FESTIVAL, the bridge between “the virtual and the real,” explain the organisers. “He takes the red pill, liberating himself from the bonds of reality, following the white rabbit into a realm of infinite possibilities.”

B E N N, who cut his teeth in London’s bass subculture, then extracts the rumble of classic UK Dubstep and imbues it with African-inspired rhythms. Listen to it below:

‘ALL RED’ was released on March 10 via SOWUT’s label NXWV and will be accompanied by a full live audiovisual performance at SYNERGY FESTIVAL this forthcoming weekend in Taipei, with the AV done live by the XTRUX collective, who will use the latest game engine technology to build a fully realised world for ‘ALL RED’ to inhabit. Guests to the festival will be able to witness the magic across a nine-meter wide LED wall and a Funktion-One sound system.

Through this and similar collaborations, SYNERGY FESTIVAL says it hopes to transcend beyond a simple rave, art performance, concert, or party.

“But rather, a new imagining of what an experience can be.”