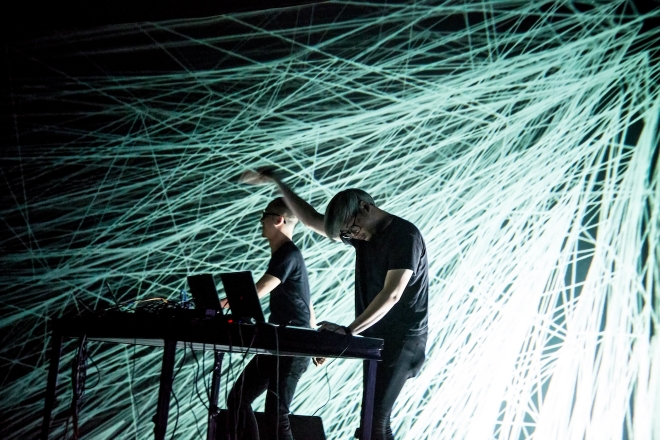 Contemporary and classic electronic music in Taiwan will converge this month in Taipei as SYNERGY FESTIVAL puts the finishing touches on its debut event that looks to clash music with technology and art while challenging its guests to think more deeply about their connection with the world around them.

The line-up will also include three triangles, officially called the SYNERGY TRIANGLES (= 新能三角), which will see three artists from different disciplines come together for one brand new audio-visual performance with creative support from Jägermeister, who injected their philosophical, heritage and community aesthetics onto the project. One of the triangles is made up Abao阿爆（阿仍仍, Sonia Calico and veeeky, who are teaming up for a performance that will surely redefine how we perceive "girl groups".

Other highlights from the announcement include the appearance of electronic music pioneers in Taiwan, including DJ Jerry 羅百吉, Lee Yu Huan 李雨寰, who cut their teeth in the 90s in the electronic and hip hop circles.

Performances will be spread across two stages — a blue and a red stage — transforming Songshan Cultural and Creative Park — a former tobacco factory — into a warehouse-style rave where sound waves play with light and shadows.

Stepping away from music, in addition to a previously launched virtual gallery, several offline exhibitions have also been unveiled that will bring together domestic and foreign artists. Alongside the art, a live-game interaction will allow guests to "follow the rabbit" on their mobile phones and explore the integrated space between virtuality and reality in a role-playing experience.

See the full line-up below: