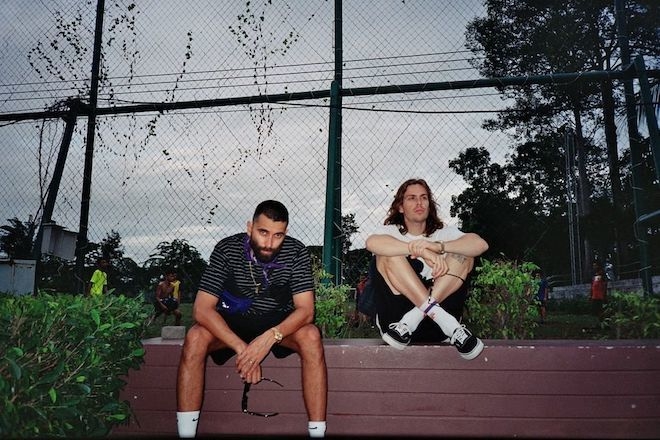 MYRNE has been making some serious waves on the EDM circuit, having played in major electronic music leagues such as Ultra Miami and Tomorrowland in 2018 — an event for which tickets were snapped up within minutes. Among multiple firsts, he is also the first Singaporean act to be signed by Ultra Records.

WUKONG is co-founder of BKK EDM which boasts the most liked Facebook EDM page in Thailand, with more than 600K followers and a 6M+ reach monthly. Although he has no musical background, he combines his love for dance music with a fascination with Asian mythology to produce his highly creative sound -- winning over fans in the process.

Frison is a young producer who raised the bar with his inventive EDM sound. Born in Korea and living in Hong Kong, 24-year old Jake Jeong blends lush, catchy melodies along with crushing bass to devastating dance-floor effect.

Taipei native Ray Ray needs no introduction. Exploring electronic music with her soulful sound since a young age, she’s managed to scale heights and has proved a hit at many major music festivals and DJ venues across Asia, and continues to collaborate with the world’s top music makers.

Rapidly rising Mayanmar-based DJ and producer Y3IIO made his bow two years ago at the tender age of 13. He now boasts one of the biggest Social Media followings of any DJ in Myanmar. With a vivacious passion for dance music, he loves to interact with the musical world by representing diverse styles, including Hard Dance, Psytrance, Bass, UK Bassline, House and many more.

DJ YÅKO started his DJ life from his base in Hong Kong. He recently collaborated with singer JW at Creamfield festival, and describes himself as an Åsian Fox -- sharing his personal sonic stories from Asia to the world.

This is a must-have collection for lovers of big room dance and followers of the Asian underground.

‘Take Me Home Remixes’ by MYRNE, WUKONG, Frison, Ray Ray, Y3IIO and YAKO is out now on Ultra Music. Listen to the package and buy it here.