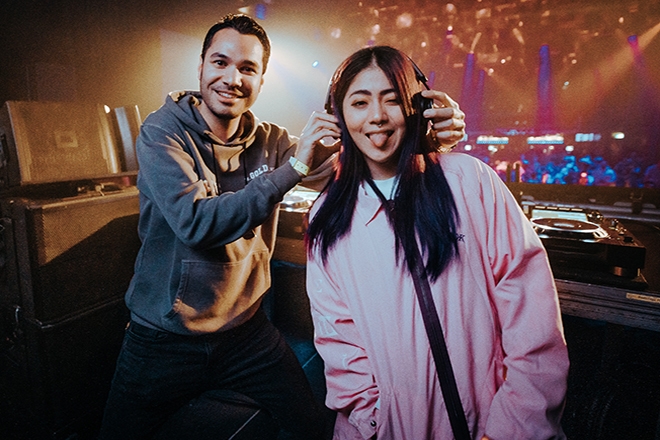 If it looks like we’re on RayRay overdrive over here, that’s because the Taipei artist has just released her fourth track in a month on a western label — which is a huge feat for an Asian artist. We can’t keep up!

Following a previous track with Marc Benjamin on Spinnin' Records called ‘Pop ’N Rewind', another called 'Don't Stop' with Curbi on Dim Mak, and ‘Kuku’ on Maha Vana with Wiwek, today she returns with her debut on Protocol with another tune alongside Marc Benjamin. Called ‘My Swag’, the track was released on Protocol last Friday.

The sultry yet hard-hitting track sees Marc Benjamin venture into new territory to deliver a fusion of electro, EDM, and trap-style basslines. RayRay’s own vocals feature on this ultra club-friendly tune that packs a punch of attitude with its serrating synths and driving bass.

Marc Benjamin is a veteran Dutch producer and long time contributor to Protocol. He is known to have a reputable taste for impeccable productions, evidenced in his past successes with his previous collaborations with heavyweights Laidback Luke, Benny Benassi, and Yves V, and his remixes of Zedd’s worldwide hits 'The Middle' and 'Happy Now'. In Asia, we're throughly enjoying his regular work and contributions to bridging the gap between eastern and western music scenes.

Winter might be upon us in many parts of the world but this track is about to heat things up.

‘My Swag’ with Marc Benjamin was released on December 6th on Protocol. Buy the single here.