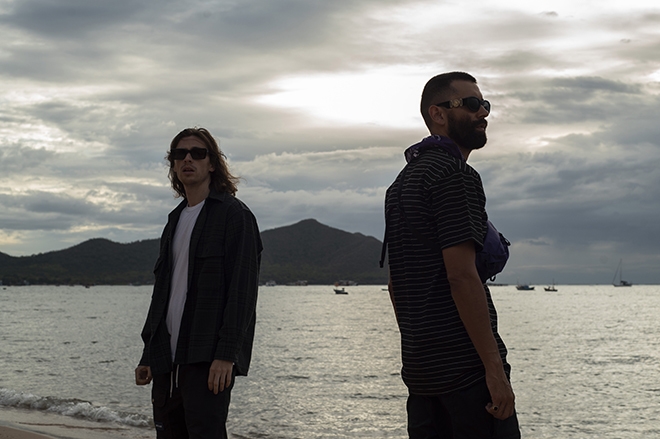 In September of 2019, Yellow Claw rounded up the fam and went to Thailand to record an album together. Although they've been trickling music from the album into the world for the last few weeks, today the first four tracks from 'Hard In Bangkok' album were officially released into the wild alongside part one of a documentary of the same name.

The documentary was also shot in Thailand and directed by Milan van Dril with music by Crisis Era & Nils Rondhuis, photography by Dennis Branko & Daisy May Breuer, and Sam Vis & Milan van Dril behind the lens. Watch part one below.:

It comes as no surprise that the Dutch duo chose Asia as the album's motif. Not only are Yellow Claw and the entire Barong Family insanely popular in the region, but Jim (one half of Yellow Claw) is half Indonesian. Their "China show" from earlier this week is testament to that. On Wednesday, Yellow Claw live-streamed a show to their support and appreciation to their fans in China throughout this tumultuous time. The performance was streamed via Huya and had a total of 2.2 million views, with a peak of 1.66 million people watching at one time.

'Hard In Bangkok' is out today on Barong Family. Buy the album here.