Jane Manchun Wong is a Hong Kong-based tech blogger and researcher who has a history of leaking new tech features before they’re announced or launched. Her extraordinary reverse engineering skills have turned envious heads at the male-dominated Silicon Valley. According to the BBC, she spends up to 18 hours on weekends just sifting through source code. On August 25, she shared a screenshot via her Twitter showing that Spotify is working on a feature that allows users to browse an artist’s virtual events. Spotify hasn’t made an official announcement or comment yet, but hopefully, when they do, it will be to launch this.

Sure, the pandemic has really severed the live music industry, but artists and listeners have found a way to stay connected via virtual concerts and livestream performances. And no, a virtual concert will never feel like the real thing, but it is the most efficient way an artist can connect to their audience in real-time during a pandemic. Virtual concerts have adapted to this new normal and evolved: some are unannounced, some are ticketed, some are free, some are more exclusive, some are interactive, some with paid commenting features etc. This is the new normal, and we must adapt. 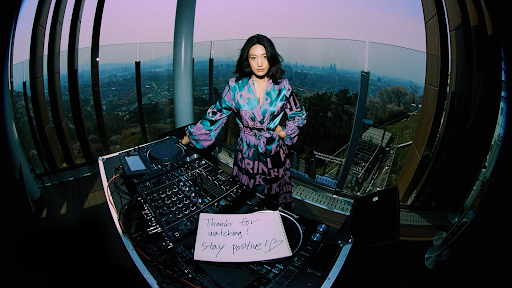 But the old normal has slowly come back in some parts of Asia: Taiwan just hosted a 10,000 cap arena show and announced its first festival since the pandemic, thousands attended a music festival at a water park in Wuhan, Epizode Festival announced its star-studded lineup for January in Vietnam, and small-scale live shows are resuming in Singapore. While the situation is still unstable in many countries, it seems that many are well on their way to a successful recovery. As of September 2, the ten countries with the greatest number of coronavirus cases are: USA, Brazil, India, Russia, Peru, South Africa, Colombia, Mexico, Spain and Argentina. The world recovering at different rates has caused and will cause a paradigm shift in the global music industry.

Even when they do return, festivals will still have a difficult time securing acts from abroad, given the current travel restrictions, regulations and the uncertainty of the future. Chances are, live events that were meant to bring people from different musical and demographic cultures together will reluctantly become more localist and hermetic for the next few years. While this may actually bring about a healthy appreciation of smaller artists within each community, it begs the question: will the pandemic reverse the globalisation of music? Hasn’t it already?

K-pop group BTS was the first Asian act to surpass five billion streams on Spotify and was the first Asian act to sell out the 90,000 cap Wembley Stadium. They were due to go on their largest North American tour this year, which was cancelled because of the pandemic. That said, touring is resuming in some parts of the world. Spanish DJ Danny Avila and Dutch DJ Mike Williams are booked for Taiwan’s S2O Festival this upcoming weekend, but the other acts are mostly local. Which is cool, too, but the point being: music has been becoming more and more globalised over the last two decades thanks to the internet, and the pandemic is changing that. At least for now.

Other than an excuse to get (“responsibly”) drunk with your friends in a mosh pit of strangers you’d usually hate, live shows are literally unreplicable experiences that allows you breathe the same air as your favourite artist (in a non-creepy way), physically receive the real-time sound waves created by them and share that with a community of strangers with similar taste. When your favourite artist from the opposite end of the world stands physically in front of you and gives your hometown a shoutout, you never forget it.

Can artists connect with their international fans and provide unique and memorable experiences with them over the internet, to the same effect? With nightclubs shutting down all over the world, will artists still have the financial means or motivations to take 20-hour flights to perform to their international fans? Where will they even play? The beautiful and powerful thing about the globalisation of music is that it reminds us how music transcends language and even has the power to revert the colonialist Anglo-Americentric biases of the music industry. Music technology is the very reason why artists are able to reach a more international audience in the first place anyway, so why wouldn’t it sustain that same connection? Why would a pandemic threaten the existence of an originally virtual connection? If anything, shouldn’t we expect the connection to grow even stronger? 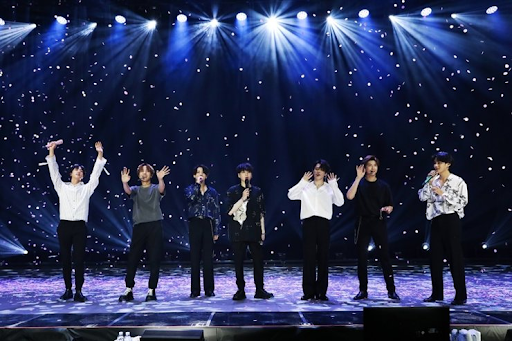 So perhaps we learn to adapt. Perhaps we shouldn’t roll our eyes at virtual concerts. After all, it’s pretty cool having your favourite artist play on the same phone screen that you Facetime with your parents on. In a way, it’s even more intimate than a live show. Music tech companies will keep finding new ways to reformat and monetise virtual shows. Live music makes up more than half of the global music industry’s total revenue, so tech sectors are most definitely trying everything to economically undo that loss. The evolution of how we make, listen to or share music will inevitably and inextricably be linked to global capitalism. Perhaps music technology will protect our globalisation of music from the pandemic. Either way, Jane Manchun Wong will probably leak something a few weeks later about a game-changing Apple Music feature — and we can't wait.