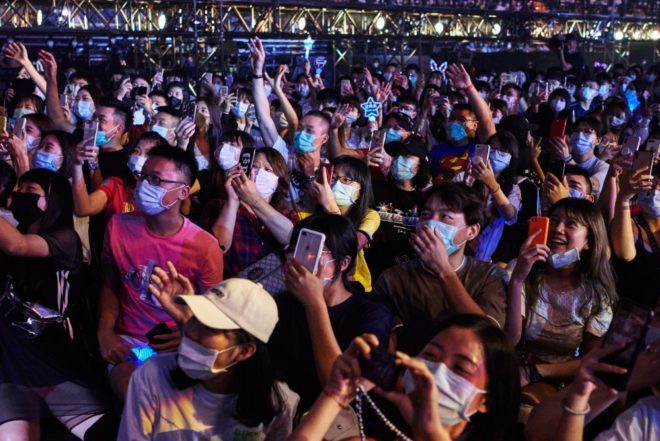 A live show? What is that?

It’s been a long and lonely time since the last live show you’ve been to, probably, and hopefully (for your health and safety). Luckily for the fans of Taiwanese singer-songwriter Eric Chou, they were given the opportunity to attend his two concerts on August 8 and 9 at the Taipei Arena, which has a maximum capacity of 13,000. He has also announced two more shows at Kaohsiung Arena, which has a capacity of 15,000. If COVID has trained you well, your first instinct looking at a crowd number like that should probably be fear.

Given Taiwan’s tactful, immediate and overall strong response to the pandemic though, it probably wasn’t that scary being there. Taiwan has a population of more than 23 million people, but has only recorded 479 total cases of COVID-19, and with only 7 deaths within that number. After eight consecutive weeks of no locally transmitted cases, the Taiwanese government lifted all social distancing measures on June 7 entirely. Entirely. No curfews, no restaurants closed, no bars or clubs closed, no limits to public gatherings… The jealousy of the rest of the world is real. Taiwan did well, so it’s only fair. 25-year-old Eric Chou’s sold-out arena shows were the first large scale live events since social distancing measures were first introduced. Unsurprisingly, the four shows were sold out in fifteen minutes. 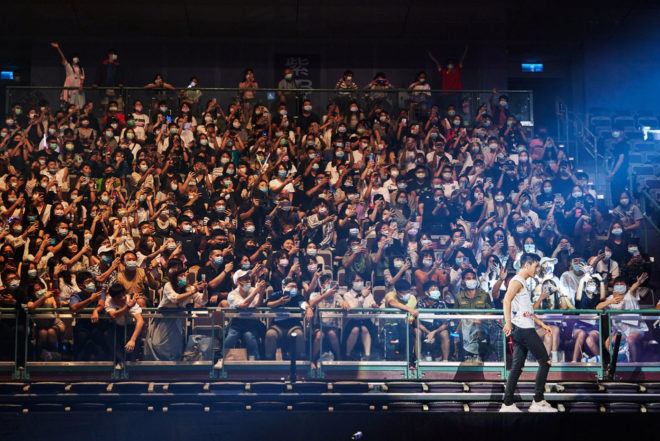 Despite Taiwan reporting no local transmissions in more than 100 days, precautions were still taken: concert-goers had their temperatures checked upon entry and were also required to wear masks for the whole show. They also had to provide identification upon entry, in case contact tracing were necessary. During the show, the singer-songwriter said to his fans, “If you want to sing, you can still sing! Don’t let the masks stop you.”

He told South China Morning Post afterwards, “We were the first to do it during this COVID-19 situation, and there was a lot of preparation. But the show went really well – every part was exactly like how I pictured it was going to be.” 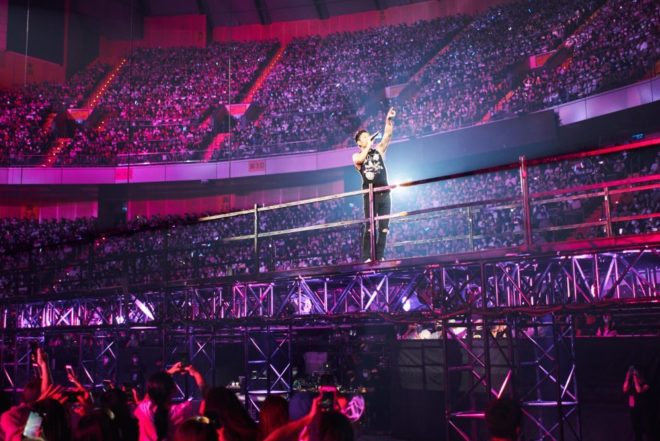 In an attempt to revive the country’s arts and cultural scene, Taiwan’s Ministry of Culture issued NT $1.2 billion electronic vouchers to its citizens, which can be used to acquire art exhibitions, concert tickets, and other art/culture related events. With an extra push from the government, it seems that Taiwan’s live music scene is slowly but steadily reverting back to normalcy. Next month, the island nation is gearing up to host a music festival complete with two international acts (who are already in the country and sitting quarantine). And as we always say at the end of depressing COVID-related stories, let’s keep our fingers crossed and our masks on so we can return again, to the beautiful world of live music.