In 1979 when Gilles Peterson was just 15 years old, he ran a small pirate radio station out of his garden shed in South London. With a broadcasting roster of one, he would play records that he loved and speak about the music that was inspiring him at the time.

Part of that music was Brit-funk, a genre of music most active between 1978 and 1982 that had taken influence from American funk, jazz and soul and crossed over the Atlantic – turning it into something more rugged and danceable. One of Gilles’s favourite acts was a band called Incognito, headed by Jean-Paul Maunick AKA Bluey.

As a young fan, Gilles reached out to Incognito, asking if he could come on for an interview. “I wrote letters to my favourite groups at the time,” he says. “Bluey was the only person who answered. Of course, why would you speak to a 15-year-old with an imaginary radio station?” Travelling from North London to south of the river, Bluey became the first musician Gilles would ever interview. The pair stayed in contact as friends and Bluey signed to Gilles’s label called Talkin' Loud, but it wasn’t until early 2020 that they became musical collaborators.

One evening Gilles recounts sitting on his sofa watching the BRIT awards on television, when Tyler, the Creator stepped on stage to accept the Best International Male award. Taking a jab at former Prime Minister Theresa May, he also dropped a line that got Gilles sitting straight up. “Shout out to all the British funk from the 80s that I tried to copy,” Tyler said. Instantly picking up the phone, Gilles called Bluey and said: “Let’s make a Brit-funk record.”

Read this next: Haruki Murakami’s oeuvre in a Spotify playlist

Naturally, Bluey agreed and STR4TA was formed, the duo’s collaborative project and band. Their second album, 'STR4TASFEAR' is released today. To celebrate, we caught up with the evergreen DJ, broadcaster, producer and record label head to talk STR4TA, the evolution of DJ culture and the changing face of dance music. 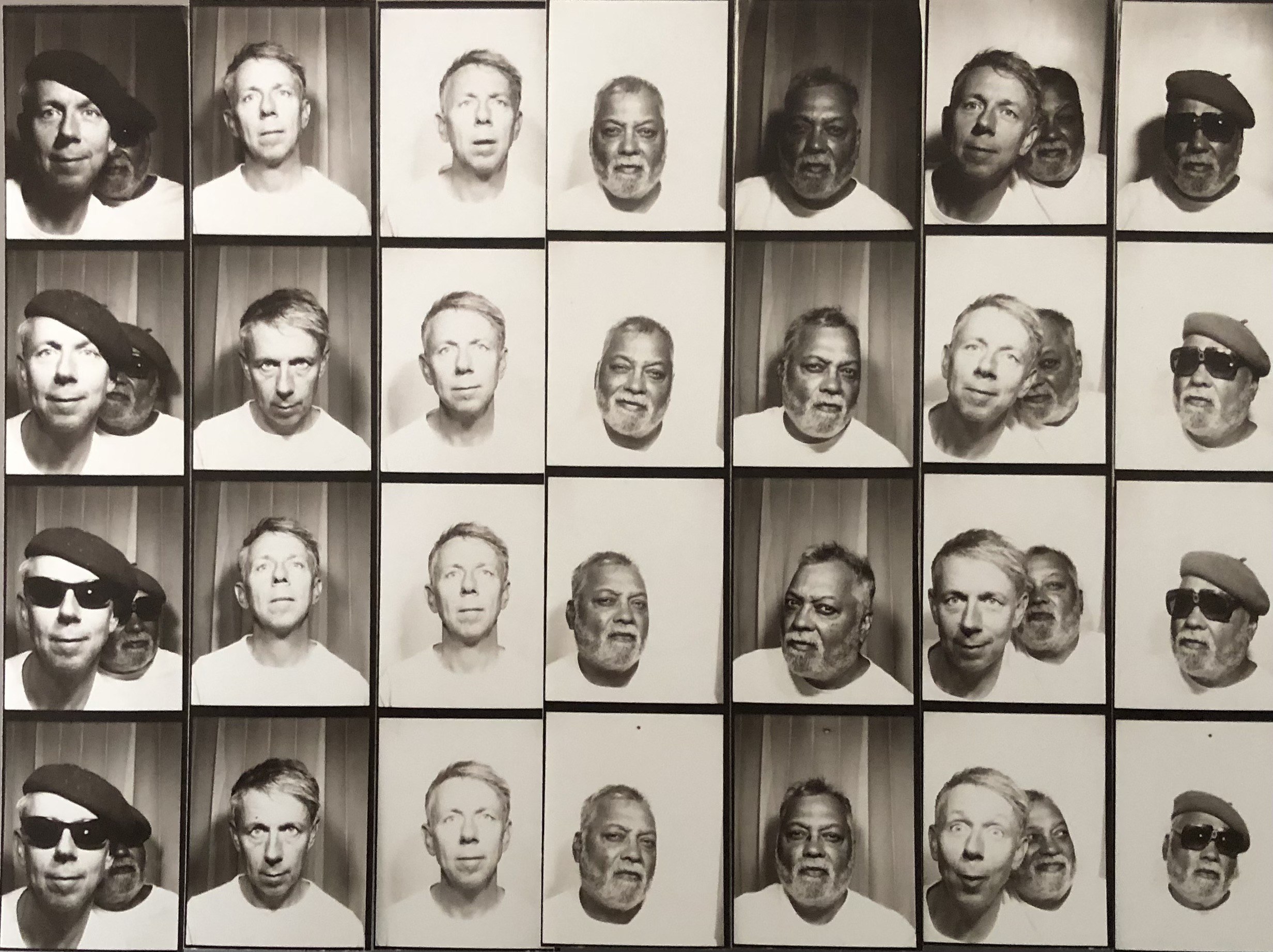 What was Bluey’s role in the early days of Brit-funk?

There was loads of brit-funk – there were probably over 100 groups, and there was brit-funk bands in every town in England. It was very underground though, it was never getting on the radio. But Bluey was in three really important brit-funk groups that are crucial bands to look at when you go back through discographies. He was in Light of the World, Freeez and in his own group Incognito. All three of those groups made very important records that influenced a lot of other groups. He was probably the most active individual in the scene. In fact he was so active that he would respond to a 15-year-old writing him a letter.

What is Brit-funk and how has it come to influence music today?

Brit-funk was part of the process that allowed dance music, funk music and disco to find a wider audience. It was made up of DJs and events like weekenders that are pretty much like going to festivals today. It was also made up of bands, and those bands made what was the dance music of the time. When this music wasn’t being played on the radio, there were no magazines like Mixmag — apart from a couple of columns and fanzines. It all goes back to what was going on in those days — it evolved into acid house and created a movement that went global. Out of that came all these different things from UK garage to grime, to jungle.

Basically this was the first wave of bands and DJs that basically grew to the point where club culture’s now global. Now you’ve got everything from massive EDM artists on one side of the spectrum to the most leftfield, underground techno artist on the other side of the spectrum.

How did Brit-funk come to influence American dance music?

In the early days of Brit-funk, dance music in America was very underground as well. Clubs like The Loft or Paradise Garage were very underground, just like the UK clubs were. Funnily enough, people like Larry Levan and François K who were playing the music back in those clubs then – they were playing Brit-funk. It almost received more attention in America by some of the DJs than mainstream people in the UK. What was interesting to me is that they were almost copying American funk and disco groups, but it wasn’t quite as polished. It was rougher, which is why it’s interesting seeing Tyler, the Creator talking about it as an important influence to him.

Read this next: Watch Babani Soundsystem's remote live session from the island of Mauritius on STAMP THE WAX x Worldwide FM

What was the essential message of the music?

What you have to remember is that Brit-funk came along at the same time that punk was big. Punk was a kind of subversive political reaction to what was going on before then. Brit-funk was the same thing, except the music was more funky, basically. But it still had the same messages, it was very diverse. It was the most diverse scene in the world at that time, mixing multiracial groups — with primarily Black people going to the clubs but very mixed between white and Black scenes.

How do you see the political and economic landscape of the late 70s and early 80s compared to now?

I think there are a lot of similarities in the sense that people were having to really make economies. At the time, there were less jobs and the economic landscape was similarish in the sense that it was a “dark time”. Back then there was a big squatting scene, so people could find an abandoned building and make it a community. Community life back then was very important and a lot of these scenes came out of that. Hopefully today it’s the same, unfortunately squatting is more difficult — but community has become underlined yet again in the same way. With difficult times comes great art and great change. It’s kind of like how the best love songs come out of a breakup. 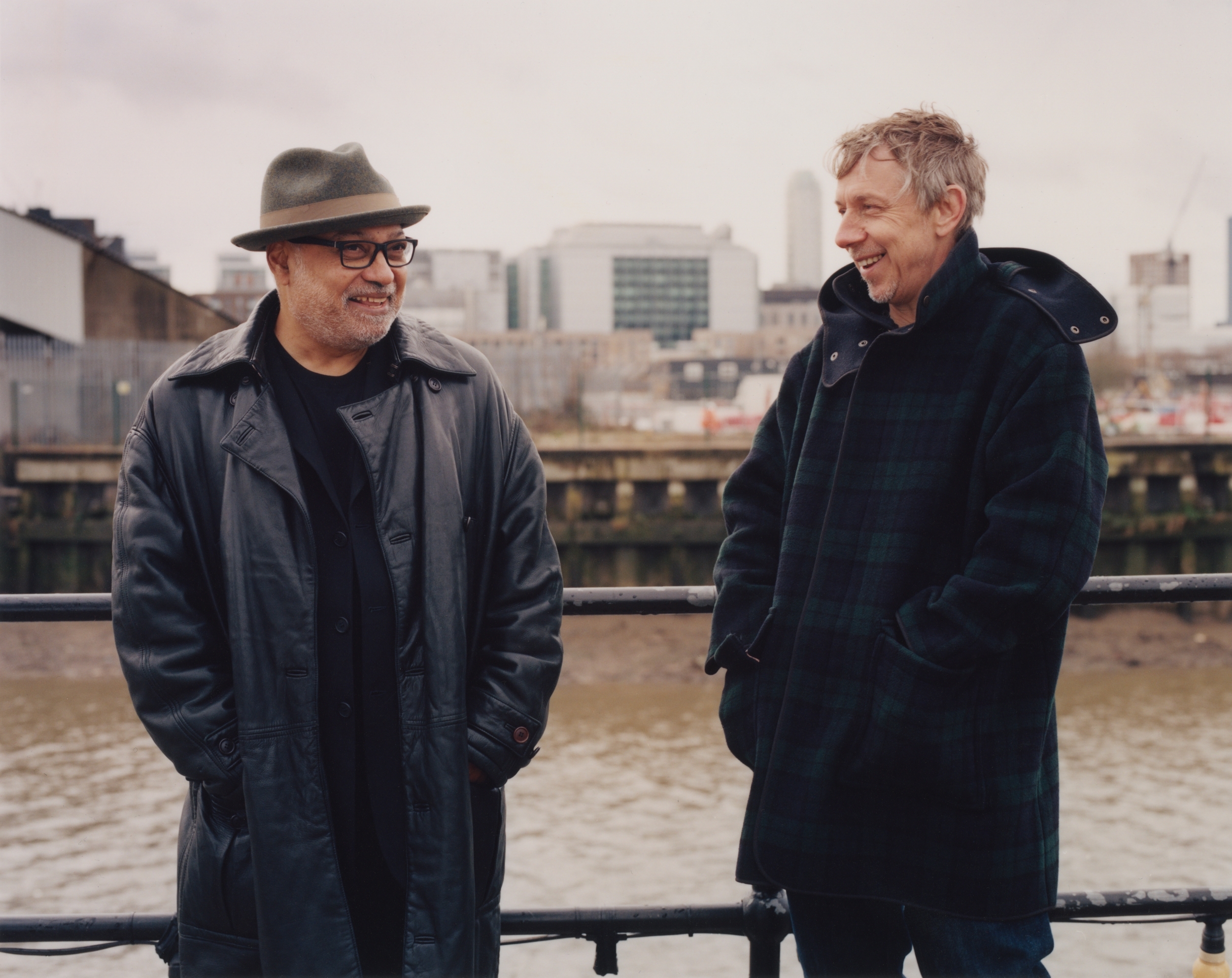 Jumping forwards, what do STR4TA’s jam sessions look like?

Because I wanted to create this kind of quite authentic sound, I was trying to focus on the mistakes rather than the good stuff. That’s already kind of upside down in the way people would approach music. My idea was the band would jam, they would get ideas together, record the ideas and I would focus and expand on the mistakes. That was why the project was challenging – most musicians are trying to get better, but I was trying to get them to get worse. It’s about getting the spirit and feel of the music ahead of the technique of the music. It’s like DJing for me – when it gets too polished I start not believing it. Any great art from graffiti, to hip hop, to jazz is full of mistakes that give it character.

Do you see the music as coming full circle at all?

My whole thing has been to celebrate the backroom, you go to a festival or a big club, and you find a little room at the back and the people are dressed better and the music’s a bit more mad. I think people like Andrew Weatherall, DJ Harvey and myself came from that way – it was about how you can spin the clubbing thing and throw weird shit into it, and jazz was my speciality and I would throw in a bit of weirdness next to techno or acid house. So it’s not like it’s full circle for me, but that we’ve reached a nice point where there’s loads of DJs who approach DJing in a left-of-centre way, and loads of groups and bands that have come out of the UK scene that are globally successful now. In a way STR4TA’s new album is celebrating a lot of the different movements that have taken place since the early days of Brit-funk, going through rare groove, acid jazz, all the way through to what you call the new UK jazz scene at the moment.

Read this next: Listen: The Unique Sound of Japanese Club Culture with Gilles Peterson on BBC Radio 6 Music

How do you think that manifests in the album?

We’ve got people from different eras guesting on the album. So on one hand we’ve got Emma-Jean Thackray and Theo Croker who are representatives of the now. On the other hand we’ve got Anushka, who is more the last 10 years of electronic music. We’ve got Omar, who was very much a part of the acid jazz movement. He was being celebrated by big American artists like The Roots and Erykah Badu – they all love Omar so he’s a great British institution in a way. So I wanted to have people from different eras on this album.

'STR4TASFEAR' is released on Brownswood Recordings, and is available on Bandcamp and in stores now.