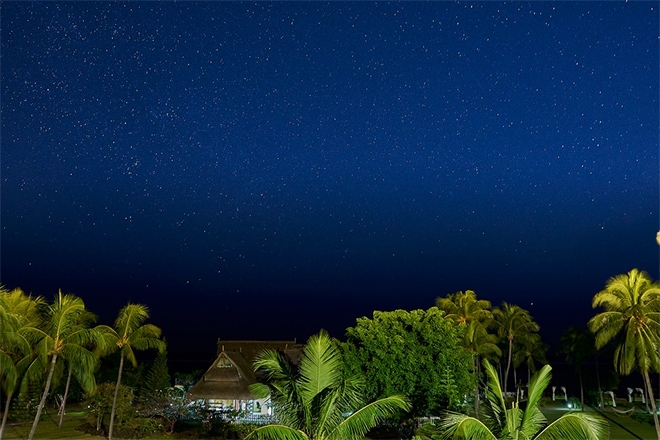 Babani Soundsystem takes the sounds of their native and paradisiacal island of Mauritius to the airwaves — an exclusive live performance of the electronic island band was aired on STAMP THE WAX x Worldwide FM, hosted by Mr Holiday.

Blending the island’s native sounds that have sustained the test of time with a dose of futurist-mentality, the electronic outfit take Mauritian drummatic powers and voodoo-esque echoes to a level of specialist groove that has now become an indigenous preset to their homeland. The musical substance Babani Soundsystem that transcends from their shores consists of a melting pot of French, African and Asiatic influences from which the island has melanged over the past few hundred years — the sonic result is an energetic fusion of sega, reggae and African folkism.

Taking that musical heritage into the further future, the band’s first single ‘Zistwar Fer Per’, meaning ‘Spooky stories’ in Mauritian Creole, resonated with keen ears around the world, landing Babani collaborations and appearance with Buddha Bar, On The Corner, Music des Spheres, FPE Records and The Wire Magazine — Babani quickly grew from that primal, esoteric local band to a global gatekeeper of music that stems from a higher power. Check out their previous single ‘Zistwar Fer Per’ below.

Subsequent releases by the band earlier this year include ‘Dan Bwa’ on FPE Records and a remix for Maya Kamaty’s ‘Dark River’ released on Musique Des Spheres.

You can follow Babani Soundsystem’s releases here, and check out their remote live session performance from Mauritius for Mr Holiday’s show for STAMP THE WAX x Worldwide FM below.