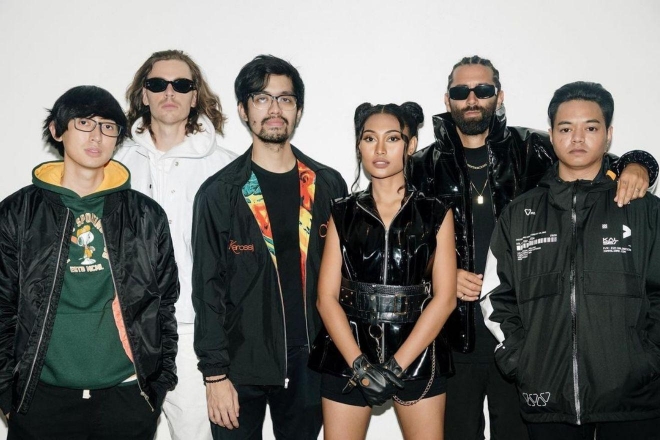 In July of 2020, Dutch duo Yellow Claw and Indonesian trio Weird Genius crossed paths with their first collaboration ‘Hush’ (ft. Reikko) and here we are in 2022 with their second release ‘Lonely’. Their latest track features Indonesian pop artist Novia Bachmid who lends her voice to the bright upbeat production.

Although the track was released a few days ago, the music video unearths itself today with a storyline that exudes all routes of escapism that complements the lyrics to “get away”. The three main characters in the video — Reza Arap/YB from Weird Genius, Nils from Yellow Claw and Novia Bachmid showcase the internal feeling of being alone even as they are surrounded by “the perfect life” and people.

According to Makassar Terkini, Weird Genius explains "The deeper message [of the song] is that we often take breaks, but by deceiving ourselves and thinking that everything is fine and tricking our own minds — like on social media, where we see someone living a happy life when in fact the reality is quite the opposite.”

No stranger to the collaboration world in Asia, Yellow Claw has made it a point to uncover some of the best talents in the region with releases popping out left, right and centre through their Barong Family label. In the past few years, we’ve seen a flurry of collabs with artists such as RayRay, Sara Fajira, Ramengvrl and SIHK, VAVA, Julia Wu and more. Let’s not forget their techno alias €URO TRA$H that was born from the island of the gods through a project in Hotel Barong. Clearly the duo has been nothing less than keeping busy while in Indonesia.

Weird Genius has hit our radar on a number of occasions with their releases that have hit streaming numbers to the T. Their fame catapulted from their viral release ‘Lathi’ that hit No.1 on Spotify in Indonesia with over 123 million views on YouTube — from that point on, the trio has crafted a name for themselves in the industry both locally and internationally. In the past few months, they have also signed themselves under Astralwerks, teamed up with MPL X Legends Assemble for a special livestreamed performance and landed themselves on Tomorrowland’s Barong Family stage this year.

Take a look at the music video below.