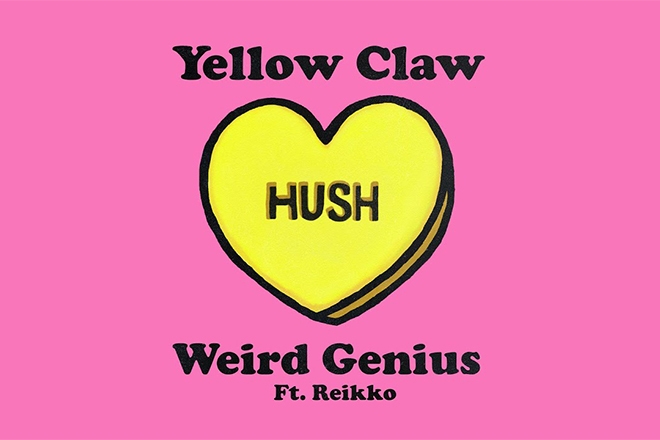 Every day you learn something new: they might be labelled a Dutch act but did you know that one half of Yellow Claw has an Indonesian background? Also, their iconic Barong Family label is named after a mythical Balinese creature. That explains their obsession with Indonesia a bit, doesn’t it? Today that love evolves into a three-way collaboration with a couple of local loves out of Indonesia.

Firstly, there’s another name that keeps popping up: Weird Genius. The EDM collective is made up of three members who have been making beats since 2016. Their sound is borrowed from the Balinese Gamelan which is then paired with Javanese lyrics and weaved together with EDM for an altogether hugely unique hallmark sound. This landed the trio at #1 on Indonesia’s Spotify’s charts for six weeks for their single ‘Lathi' featuring Surabaya-born singer Sara Fajira and was also featured as #2 on Spotify's Global Viral 50 charts. To date, the number has been streamed 150 million times worldwide.

Considering this, you almost could have predicted that Yellow Claw would tap this talented trio for a collab, right?

For ‘Hush’, they called upon rising Indonesian vocalist Reikko who layers her chops atop a track that is blistering with bass. Still, it retains some pop nuances as the narrative tells a story of toxic love where lovers start to doubt each other's feelings — echoing the struggles of relationships today.

'Hush' was released via Pluus Records in partnership with Barong Family on July 31. The label was established last year and pushes the best talents in Indonesia across pop, hip-hop and electronic genre artists. Watch the video below: