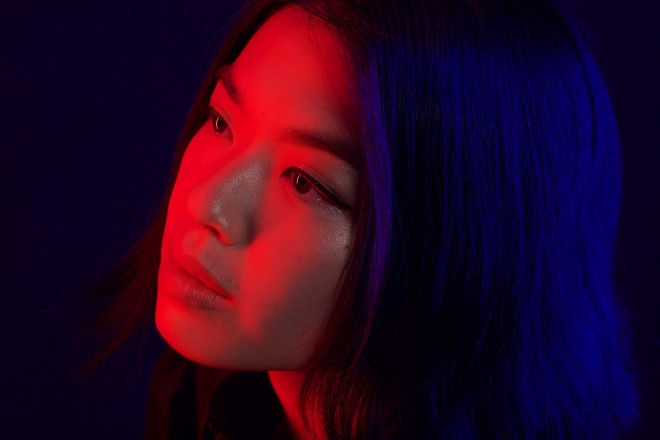 Classical and jazz violinist turned DJ and producer, Xiaolin is a Hong Kong-based artist who has taken her adventures in sound seriously enough to build her life around it.

In addition to being a prized resident DJ at Hong Kong’s 宀 Mihn Club where she hosts her regular party HEX, Xiaolin polished up a relatively quiet 2021 with two stellar releases with Mr. Ho — ‘No Change to How I Feel’ on Ralph Lawson’s 20/20 Vision and ‘Ngomee’ on Ho’s Klasse Wrecks imprint — as well as a rave-ready breaks single on Mihn 宀 Records, ‘Lanterns’.

Despite how she’s propelled her career in the electronic world in such a short time, and garnering the attention of serious advocates behind Asia’s underground scene, Xiaolin didn’t expect things to turn out this way.

“Never in a million years I thought I'd be a DJ”, Xiaolin says while giving us the lowdown on her upbringing. “Having grown up in Hong Kong from 1992 to 2010, I caught the tail end of what used to be the city’s Cantopop golden era, during which I was a lonely emo kid listening to angry music, watching a lot of Japanese anime and playing N64 video games. Until now, I take aesthetic and musical inspiration from that.”

From there, she took inspiration from her studies and travelled across the globe. Around the time she left New York to study music in Valencia, her passion for electronic music piqued when she was introduced to Kraftwerk, Larry Heard and Boards of Canada — those early discoveries led her down a rabbit hole of acid house, dub and electro. “My synthesis teacher was encouraging and supported my exploration, and even took our class on a crate digging field trip. At the time my dream synth was a Prophet 6- now I have a Juno 60 in my current studio, which I got second-hand from Osaka.”

While studying, her summers were spent sitting in on sessions at jazz bars like Peel Fresco in Hong Kong, jamming, singing and ghostwriting for other artists. Before finally re-settling back in her home city, she spent a year in Bristol and that sealed her love for breaks, techno and jungle.

Her recent years have been the most formative for Xiaolin, and she’s certainly not holding back on letting her love for good music shine in her sets and studio productions. Her recent tour of China marked a pandemic-era milestone as she was the first foreign DJ from the underground scene to cross the Mainland border to perform at clubs like Elevator in Shanghai and MCLAB in Beijing.

We’re excited to see her grow into 2022 from being one of our Six Inspiring Artists to Watch in 2021.