For a long time, manga and anime were very much limited to Japan, except for a small but dedicated subculture in the West that fed the growing beast. Recently, at least partly with thanks to Netflix and the increasing number of anime conventions happening in America, the fantastical world of Otaku culture is gaining popularity in the West, with English reboots of popular Japanese anime becoming a common occurrence (we're watching you Cowboy Beebop).

“I think the reason why comics and anime are gaining mainstream popularity is because of the quality of the production and the variety in the stories,” says D. Singh of Drunken Kong. “Some of the comics go very deep and points out important values and mentalities in life and this is something that is very original for Japanese comics and anime. Also, many of the storylines are targeted for adults so this is something also the reason why many of the stories are complex and deep.”

“In Japan, comic books are read by all ages. Comic books and anime are a big part of Japanese culture with so many incredible stories! This is definitely something I am proud of as Japanese.”

For about as long as he’s been immersed in anime, Drunken Kong has also been exploring music and has long been active Japanese techno scene, playing regularly at major festivals such as Ultra Japan and in clubs such as WOMB, Ageha, Unit, Vent, Contact and Vision Tokyo.

He has also started his own resident party called INTENTION at WOMB and hosted artists like Christian Smith, Wehbba, Kaiserdisco, Uto Karem, Nathan Barato, Arjun Vagale and Jewel-Kid in Tokyo while also expanding his musical influence to other regions of Asia.

His albums have landed on Christian Smith's label Tronic as well as numerous EPs and singles on labels such as Octopus Recordings, Stil Vor Talent and Terminal M, and received support from big names like Carl Cox, Adam Beyer, Christian Smith, Monika Kruse and Pan-Pot.

Last year, Drunken Kong was the first techno act to perform at the Hill of the Buddha in Hokkaido, a set that was produced by the team named High in Japan and supported and streamed by Mixmag global. Watch it here.

Music aside, we wanted to deep dive into Drunken Kong’s manga obsession and asked him to pen a must-read list of not-your-typical mangas. 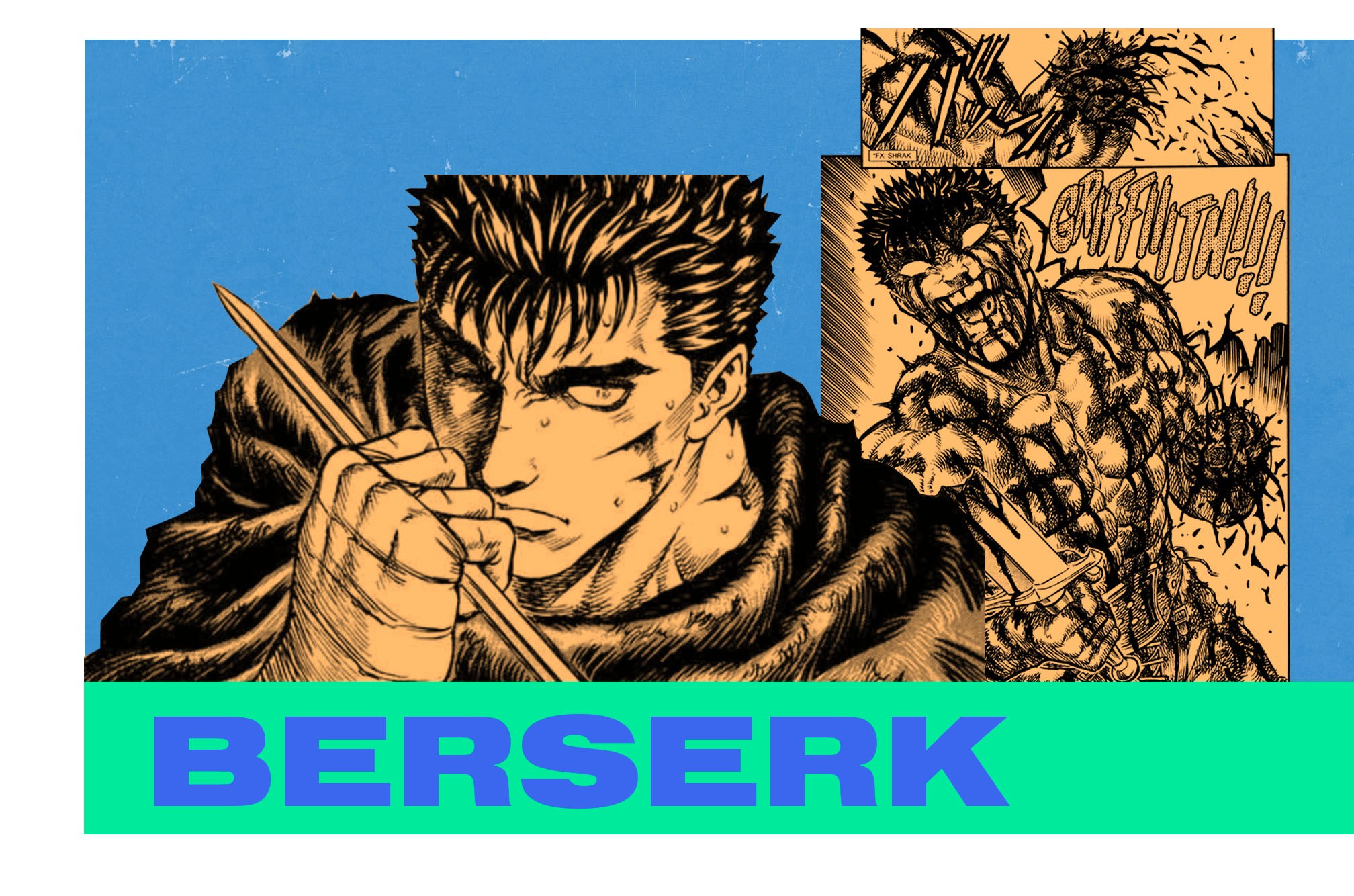 "Berserk is my favourite comic book by far. It’s a dark fantasy series written by Kentaro Miura and set in a medieval European world. This storyline is very dark, heavy and insane. It’s basically about a guy name Gut who is on a mission to save his girlfriend against evil spirits and monsters. The story itself is simple but the details and the sufferings the main character goes through is just shocking. It was the first comic book that I had to stop reading since things got too heavy. After a while, though I continued reading and totally got hooked on it.

It’s very dark and heavy so it’s something many people may not like but the feel, the darkness of the story and the quality of Miura's artwork is something I just totally fell in love with. Berserk is available is also available in English so if you are into dark fantasy, this one is something you might want to check out." 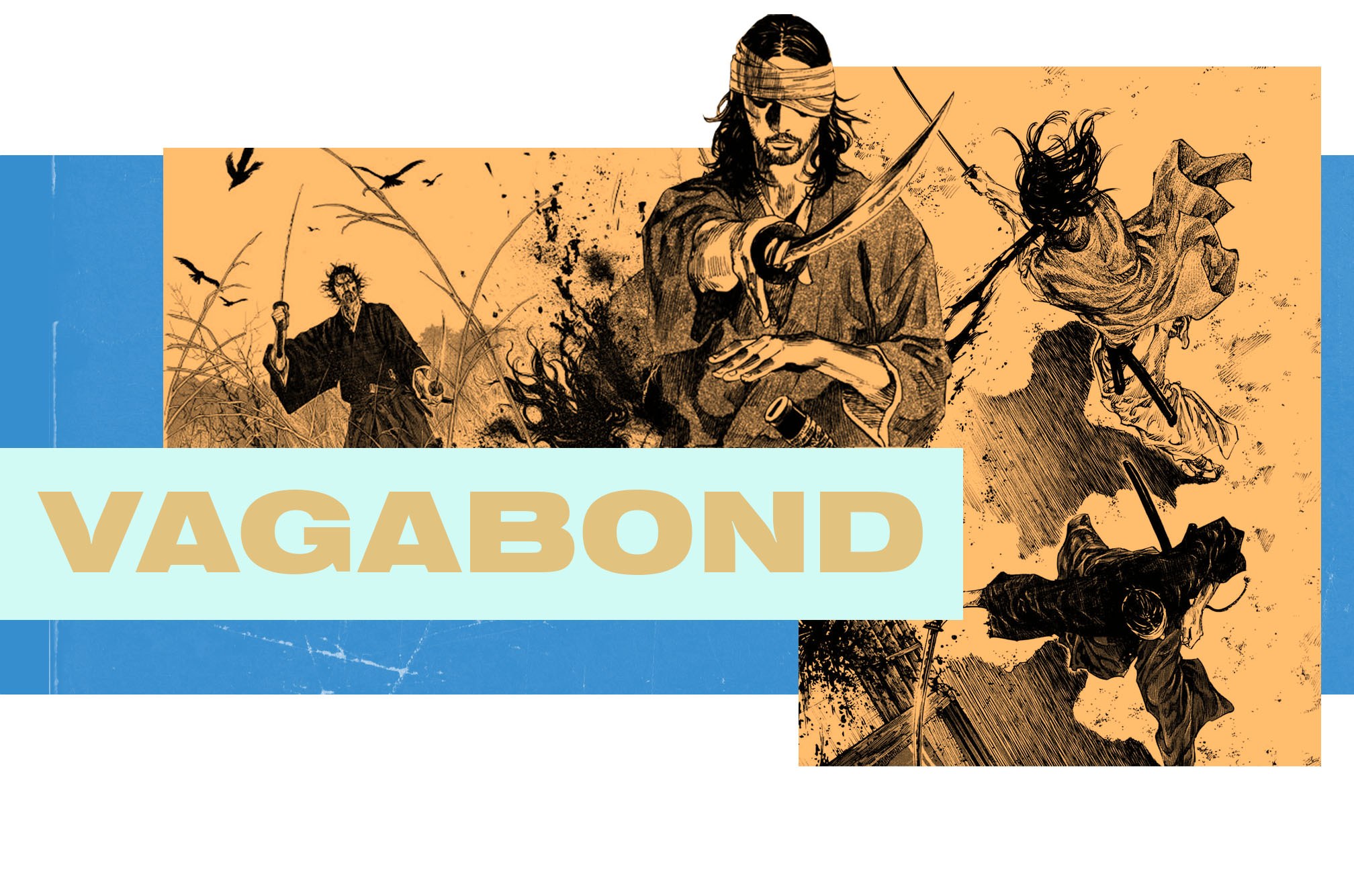 "This comic book series is by one of my favourite, Takehiko Inoue who is also known for Slam Dunk. This story is based on a life of a true legendary swordsman, Miyamoto Musashi. Shinmen Takezo (later known as Miyamoto Musashi), goes on a journey to reach enlightenment by way of the sword.

This story goes deep into the art and mentality of being a swordsman. What I was particularly interested in was the conversation and thoughts these swordsmen have during battles. Inoue has done a wonderful job showing the historical side of Japan through his fantastic artwork. It’s also available in English so I highly recommend it if you are interested in Japanese history." 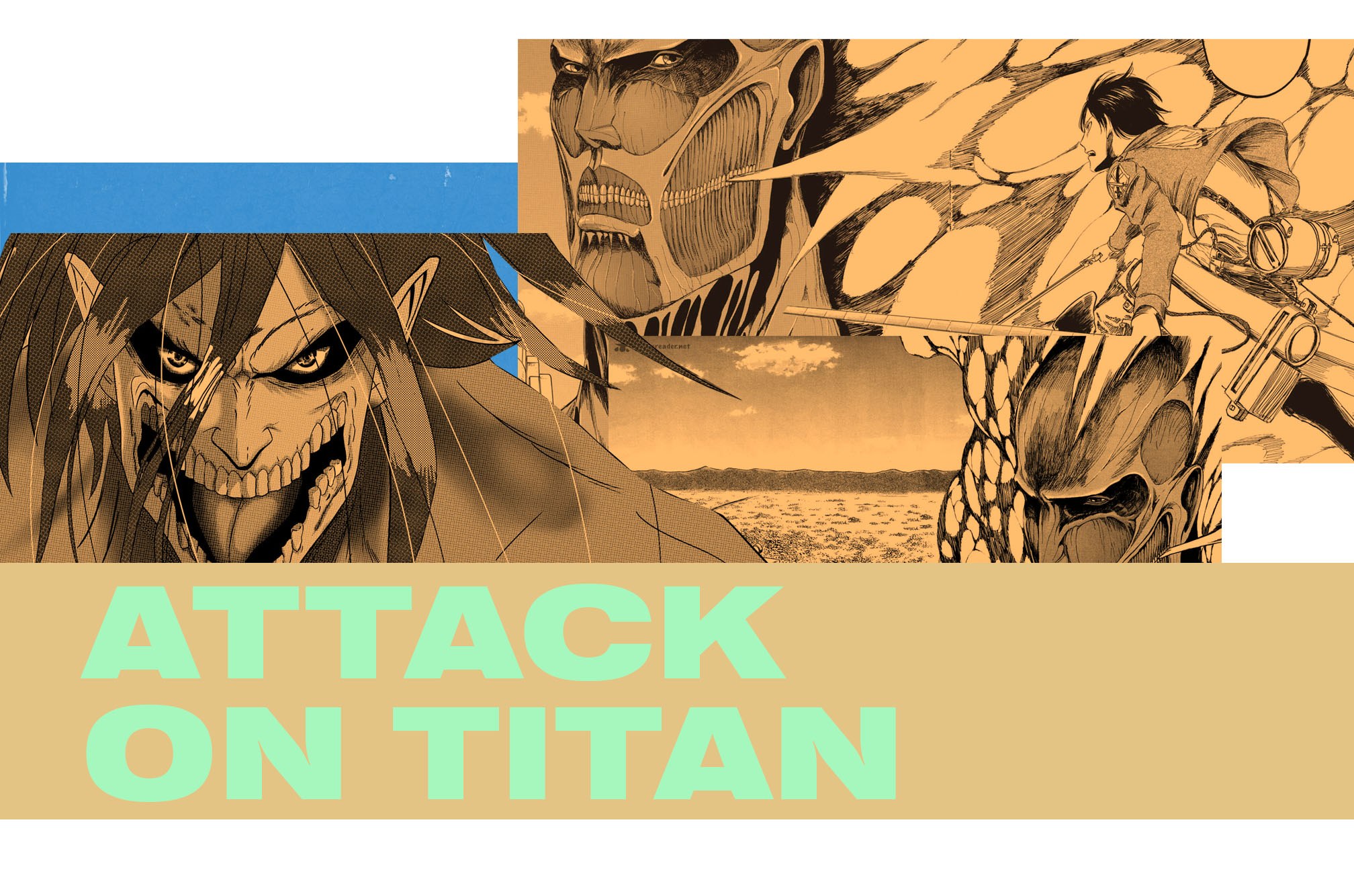 "This is also a series I really got hooked on. This story is about generations of humans living in an area surrounded by walls to protect themselves from getting eaten by giants. It’s a dark and heavy story and the main theme that is expressed throughout the story is 'The World is Cruel'.

This story really focuses on showing the dark side of people and politics but it's done in a very unique way with humans battling giants. Some parts can get a bit slow but things always pick up with unexpected outcomes, so I highly recommend reading from the beginning to end. Available in English." 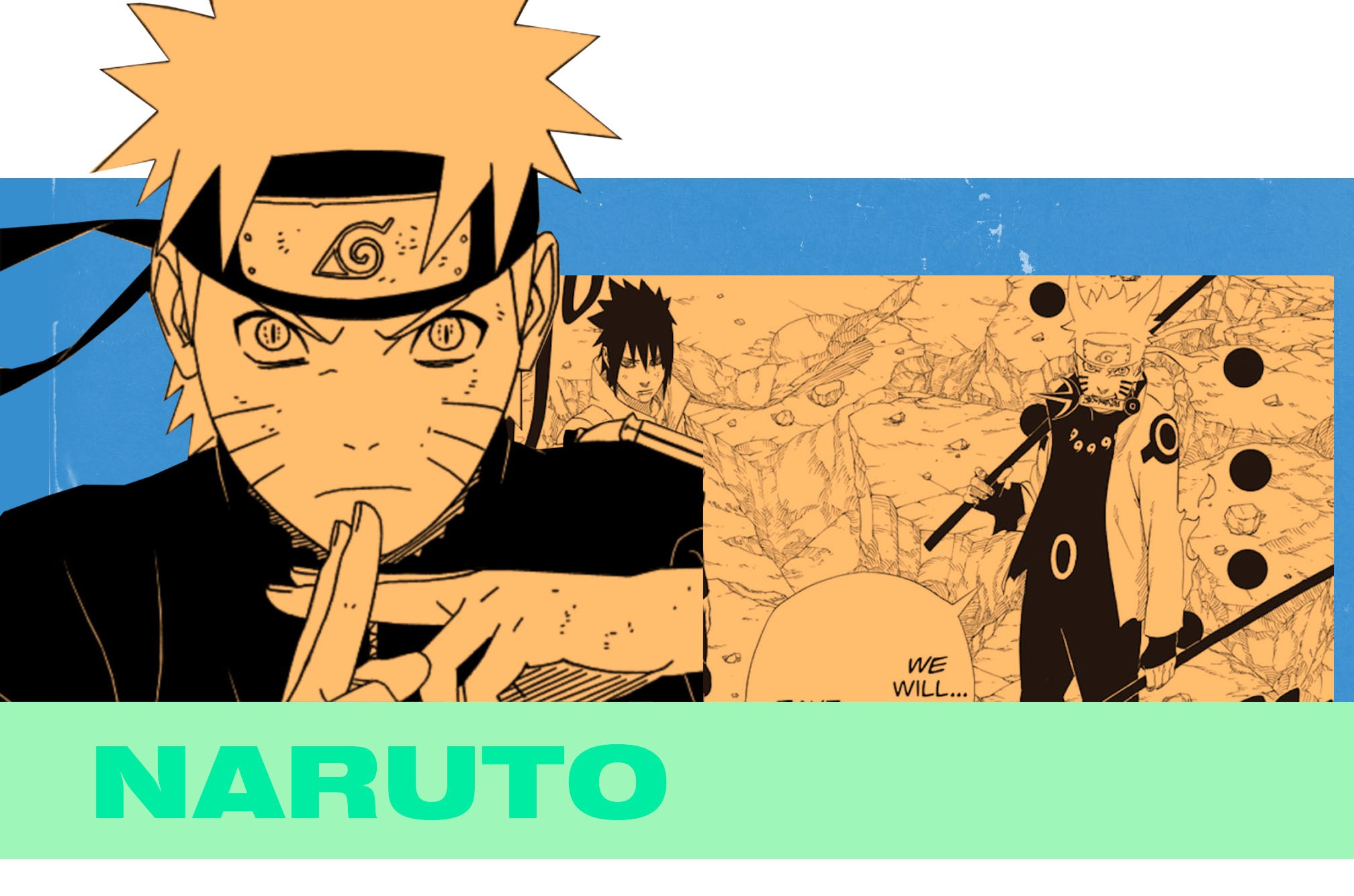 "This one is a very popular comic book that was aimed for a younger audience, but it gained popularity from all ages. The story is about a boy who dreams of becoming the top ninja of his village. The setting is in a unique ninja world where people can use different abilities and magics.

I personally didn't like the last bit of the story but the until then, the story is just amazing — very dark, mysterious feel to the story and artwork. The idea and concept also is really cool where the ninja era is mixed with a modern time feel. For people that like the classic “Dragon Ball,” this story has a very similar feel to it. Available in English and other languages. " 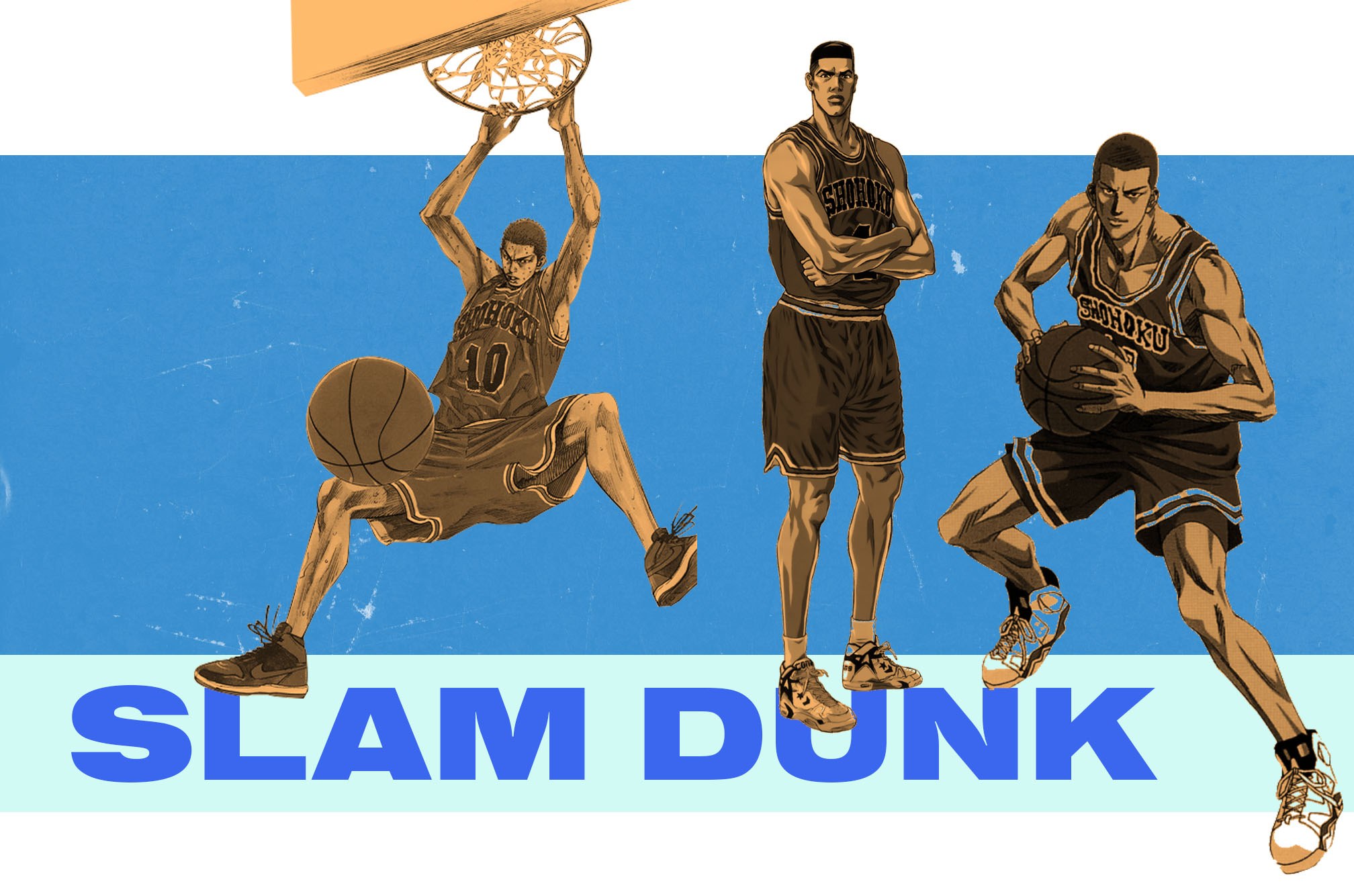 "This is an all-time classic comic book series by Inoue Takehiko. This story is about a wild high school guy who learns to play basketball and joins his school team. He is a troublemaker in the beginning but slowly changes and becomes a key person in the team. This story is something all ages can enjoy, and it focuses on the beauty of playing team sports. It has an amazing storyline and it really inspired a lot of athletes here in Japan to never give up and to keep following their dreams. They are also making a movie based on this series, so I am very excited to see this! Available in English and other languages too."