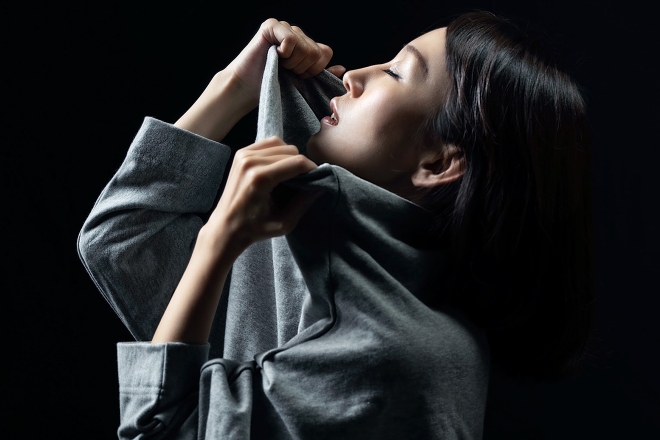 Japanese born, American raised and Jakarta residing Mari Furuya, known as Apsara, graces our publication today with the premiere of her new track 'Simply Red'. It was only a few months back that we were singing the artists praise via Mixmag Asia SELECTS for her single 'Biocat', now we're doing it again via Furuya's newest single, which comes to us by way of Super Flu's Monaberry imprint as part of the 'Herberts Best' EP series. It's the 66th release from the well established German label, and it sees Apsara featured alongside Monaberry regulars and industry heavyweights including Andhim, Super Flu, Angelov and Zoo Brazil.

Apsara is no stranger to creating music. The Japanese talent has been releasing her productions since 2012 and has featured on labels including Truesounds Music, Beatfreak Limited, Awen Records, Percomaniacs, Desert Heart Black, ZeroThree Music, Diesis Records, Plus Records, Apulia Records Moonshake Records to name a few. However, 'Simply Red' stands out as an accomplishment in her catalogue, and being featured on a release alongside a well-established cast of super producers only adds to this achievement. Apsara has dabbled in many styles over her 10-year career as a producer from minimal to tech house to deep house and even techno. However, in 2020 the Japanese artist abandoned variety in favour of focus, shifted her sights on the deep/melodic soundscapes and is reaping the benefits of her hard work.

While all of her 2020 releases were good, 'Simply Red' stands out amongst the crowd and demonstrates a heightened attention to detail for Mari Furuya. The track opens up with a snappy bassline and punchy drums with a percussive element reminiscent of a cymbal brush on the rim of a snare drum. The rhythm section becomes increasingly disguised with subtle melodies and atmospheric elements until it comes full swing with the lead key progression at the two-minute mark. While labelled as melodic house and techno, the percussion is definitely leaning more in an afro house direction, and this is a good thing. The different elements of the song find a perfect balance together and turn 'Simply Red' into simply fire. Apsara has crafted her strongest single to date and looks to set dance floors ablaze when she is able to grace the decks of Jakarta's nightlife again. What's most telling of Apsara's growth here is that her single slides in perfectly amongst the other juggernauts on the release, were you to set playback at random you would be hard-pressed to guess which producer made which track.

Apsara's career has already seen her talent grace stages worldwide including Tomorrowland in Belgium, Ruby Skye, 1015 and Avalon in the USA, Womb and Air in Japan, Akrham in China, Jiro in Malaysia, Time in the Philippines, Djakarta Warehouse Project, Stadium Jakarta and Jenja in her resident country of Indonesia. She also features on After Dark radio every month at Frisky Radio, where she showcases tracks from her favourite producers around the globe. Listen to her mix for Mixmag Asia Radio here and her release on Mixmag Asia Selects here.

'Simply Red' by Apsara is out on January 29 via Monaberry. Pre-orders are available via Beatport here.