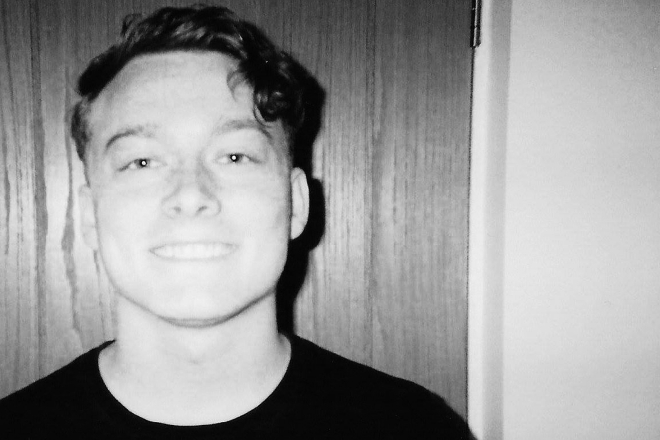 The newly minted On Point Worldwide Records label is back with their second release in the form of OPW002 - 'Sky Ritual', a selection of productions from Simon CM. This also marks the official debut outing for the producer, who has been hard at work refining the sounds he was intent to share with us for over a year. After teasing his talent for two years in the form of SoundCloud uploads, 'Heliconica Flower' and 'Birds in Space', Simon CM has finally delivered the goods for us in the form of his first EP called 'Sky Ritual'.

The London-based producer had been spending his time working on sound production for films before refocusing to the electronic dance music scene. Lucky for us he's back and brought a stellar release of groovy atmospheric productions along with him. The 'Sky Ritual' EP has something for everyone, spanning the soundscapes of ambient and atmospheric tracks to full-on dance floor dynamite and hitting every marker along the spectrum.

'Sky Ritual' opens with a beautifully crafted ambient single of the same name. The breeze is blowing, wind chimes are clinging and a gentle xylophone key progression of clearly Asian influence sets in. The tone would be perfect as is but SimonCM continues to layer the ensemble, adding a Jazzy horn progression, more soft keys and an even subtler bass line. 'Sky Ritual' couldn't be a more fitting name. The track calls out for days spent laying in the grass in a subconscious state, gazing up to the heavens as mother nature paints vivid portraits for us with her white, grey and blue palette.

As we move further into the EP, 'Meridian Moon' changes the pace immediately, providing those dance floor friendly house sounds suitable for adding energy to any room in the early hours. The combination of melodies and groove-heavy bass lines set us on a course around the moon and back. The third track, 'Polar Nights', provides sharp and ice-cold chords providing a deep groove. This track could keep you warm on an arctic exploration, watch out for Polar bears. The final track offers up a remix of 'Sky Ritual' from The Dude Of Stratosphere and On Point Worldwide Records label boss Nayla. Clocking in at a steady 140 bpm, the duo offer up a bass-heavy and percussive edition to the mediative original. One part out of this world synths and sounds from The Dude of Stratosphere, coupled with two parts of Nayla's flavourful rhythmic drums and tripped out glitches. What you're left with is one exciting revision of the meditative original.

On Point Worldwide Records hit the scene earlier this year out of Vietnam with their first release coming from Hong Kong-based and globally renowned Romain FX. Seeking to explore the further edges of the electronic music landscape, the team aim to shine a light on some of Southeast Asia's best selectors, shining a light on the hidden gems scattered throughout the continent and beyond. The label has a steady plan of releases that should further push their ethos forward.

'Sky Ritual' by Simon CM was released via On Point Worldwide Records on November 25. Buy it from the label's Bandcamp page here.