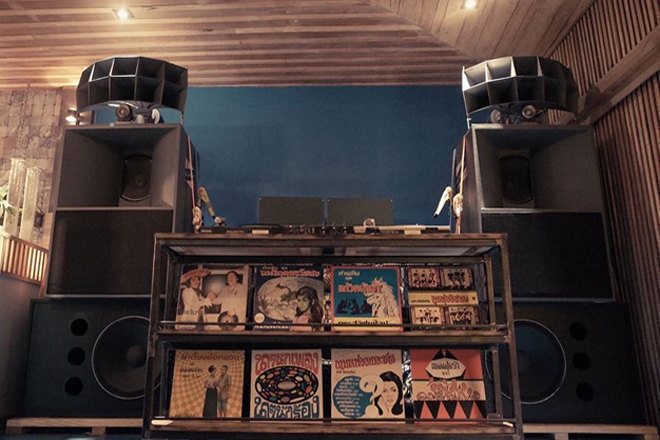 If you’ve ever been to Bangkok or heard wild and raucous stories from someone who has, you’ll know how easy it is to go out for one drink and wake up two days later next to someone of questionable gender on seedy soi near Khao San Road. Even with things having calmed down in Thailand’s capital since the military took over 2014, Bangkok is still one of Asia’s top party destinations. It’s easy to end up on the wrong side of the tracks, however, but we promise there is a lot more to the city than bucket bars and EDM — there is house, there is disco, and there is lots and lots of techno — it’s just a little hard to find. Follow our little guide the next time you’re bound for Bangkok, and you’ll end up at the right kind of after-party. 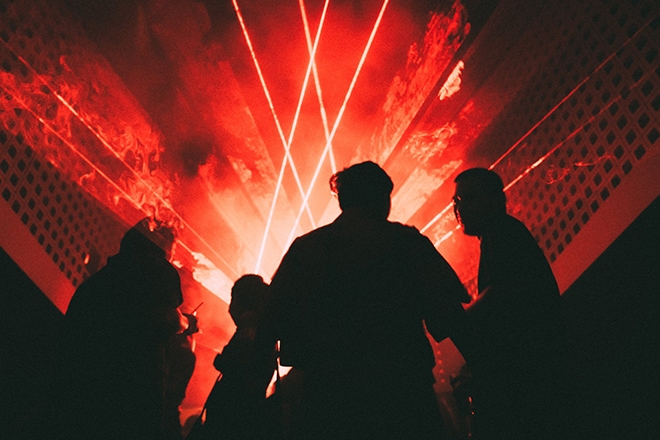 For those looking for something industrial feeling but a little bit bougie, BEAM is Bangkok’s go-to for top tier house and techno DJs from Asia and beyond. The sound is ear-shifting with a thunderous sound system by VOID acoustics, minimal aesthetics and renowned programming that lead by music director Kritsada Vadeesirisak (also known as Marmosets). Fabric’s own Dave Parry was at the helm of the launch, and his touch is apparent throughout which makes for a properly immersive clubbing experience. That said, the Thong Lor club does have tables, fancy cocktails and an often hi-so crowd but they ted to mix and mingle well with the hardcore music aficionados. Over the years, BEAM has hosted acts like Tom Trago, M.A.N.D.Y, Eli & Fur, TOKiMONSTA, Soul Clap, Carl Craig, Marcel Dettman, and many more. 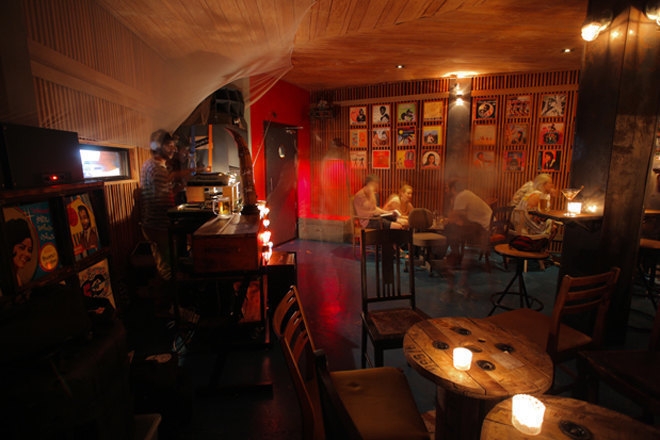 Studio Lam looks like a bar for audiophiles straight out of a Murakami novel. From its dimly lit interior, warm wooden walls and vintage record collection on display, it’s oozing with eccentric Japanese vibes throughout its ultra-small interior. There is no designated dance floor at Studio Lam; there is a however a very cool DJ booth and specially designed custom tube sound system, so what small space is available does turn into something lively. Parties regularly get so wild that they blow the roof (and speakers) off the place. Since the bar is part of the ZudRangMa Records family (it began as a radio podcast by the record store), most of the live music is adventurous and can span anything from Nigerian disco to vintage Cambodian rock all the way through to psychedelic blues. In fact, the bar solely exists to provide outside of the mainstream. Obviously, the staff and clientele boast a sophisticated musical style that you can learn something from. The cocktails are potent and made with over 30 different kinds of homemade ya dong, the beer interesting, the people eclectic, and the vibe bar none — altogether creating a kind of communal warmth in an intimate space that’s feels far away from Bangkok while being right along Sukhumvit. 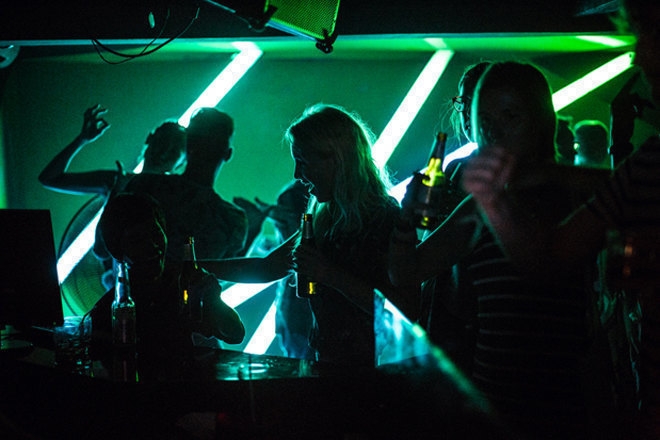 Glow is Bangkok’s beloved underground music mainstay. It opened in 2005 and held the title as Bangkok’s only underground music club for many years and is still the beating heart of the city’s electronic music scene. On any given Friday or Saturday night, and if you’re lucky maybe even the occasional weeknight, you’ll can expect to hear rolling techno, crackin’ house and even the odd drum ’n’ bass night. Even if you don’t recognize a name on the line-up (or know if there is an event happening at all), don’t be afraid to just show up — something will likely be happening, and the dance floor will be positively glowing with a vibe not present anywhere else in the city. Although the crowd is majority expat (which isn’t always a good thing in Bangkok), it’s a music-minded crowd of cool humans that you would probably find at favourite cavernous clubs back home. It’s dark, loud, you can smoke inside, and you’ll definitely find an afterparty alliance here. The club has hosted artists like Sasha, Seth Troxler, Goldie, Pan-Pot, Nakadia, Wolf & Lamb, Solomon, Darren Emerson and more. 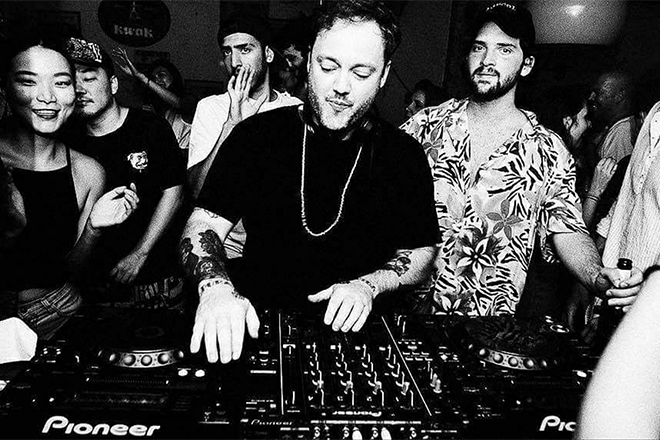 Although Bangkok’s days of raucous parties are in the past, Mustache still retains some of that pre-coup party feel. Occupying a three-story venue far away from Sukhumvit on Ratchada Soi 7, Mustache is the place to go for underground music with an afterparty vibe. Because of its distance, the people who go there make the trek for the music — which oscillates between bangin’ techno and uplifting house — so the crowd is made up of likeminded party starters instead of tourists and people with “ulterior motives”. While it borders on being a dive bar, it’s what’s we like best about it. It’s also loud, dark and cosy, and everything that you would want to from a wild night out in Bangkok (hangover included). The club is like a tabula rasa for regional talent, letting all the local loves step up to the occasion at one time or another but it also pulls a lot of big names like Pan-Pot, Nakadia, Sven Väth, Dee Montero and more. Even more recently, it has evolved into a party brand on the Bangkok circuit with pop-up events on boats, warehouses and other venues around the city. 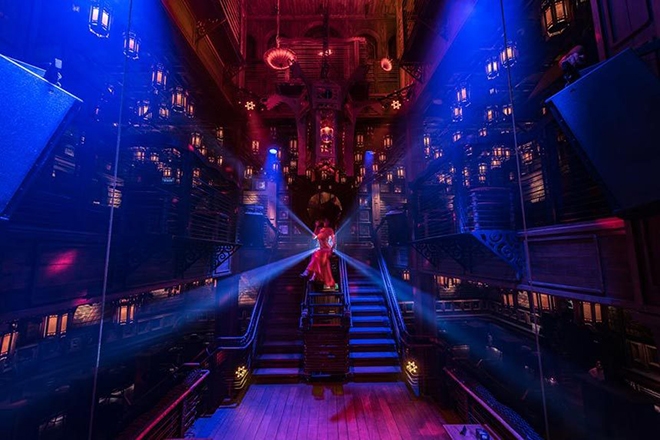 Stop into Shanghai in the 1930s where dim red lighting, retro-futuristic Chinese lanterns, cheongsam clad women and the occasional dwarf hurrying to the stage for a performance sets the mood for an atmosphere only found at this unabashedly theatrical venue. The bar and club is the brainchild of Ashely Sutton of Iron Fairies and Maggie Choo’s fame and boasts mezzanines, hidden backrooms and a dance floor that comes to life on the club’s pièce de résistance — a grand staircase. Best of all, instead of catering to an EDM cartel, the club has stellar music programmers at its helm and is a regular destination for acts like Sébastien Léger, Yokoo, Red Axes, Amine K, Technasia and more when in Asia. 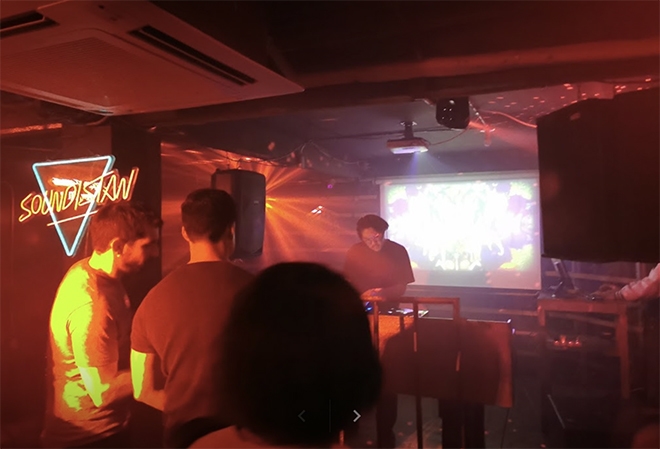 Somewhere in the bowels of a rundown building in Silom, Safe Room is the area’s go-to for all things underground. Nestled on the second floor above Whiteline, a multi-purpose six-floor venue for art, cinema, food and more, Safe Room is the building’s destination for dark tunes. Founded as a place for music lovers by music lovers, the makeshift house party is operated in a way that lets guests focus on the music, not the rules. A converted vault from within a bank acts as a hidden smoking room and a place to kick back. Previously spotted are names like Oskar Offermann, Felix Dickinson, La Mamies, Dj Dustin & Leafar Legov, Alex From Tokyo and more. 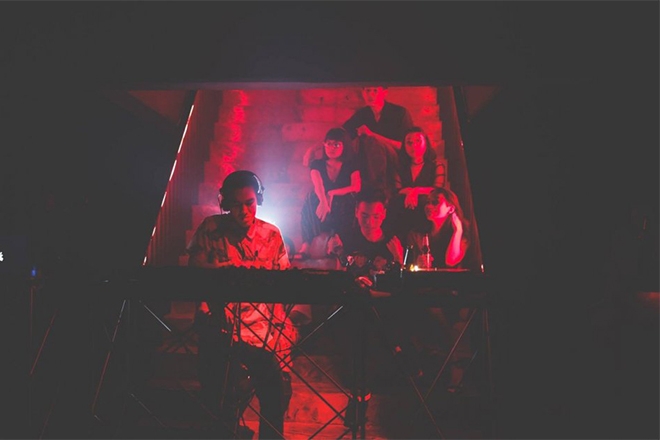 You’ll probably find yourself lost in a car park trying to find De Commune, but that means you’re in the right place. Somewhere in the depths of Thong Lor in an abandoned room inside the Liberty Plaza building lies De Commune, a low key venue comes to life on the weekend with both bands and DJs take the stage. The venue is described as a “come together” project by a passionate group of people from the underground. They shared similar interests in needing a space that doubles as a live house, art space and club with a caring quality for sound-system, lighting and visuals. While small, depending on the night, the venue is a worthy contender for a throwback to the old clubs of Bangkok once-legendary nightlife and can offer anteing from pulsating techno and experimental electronic to drum ’n’ bass (and even the odd punk rock band). Scene stalwarts like NT66, Marmosets, Delorean, and Mendy Indigo can be found playing here, but so can international acts like Zinc. 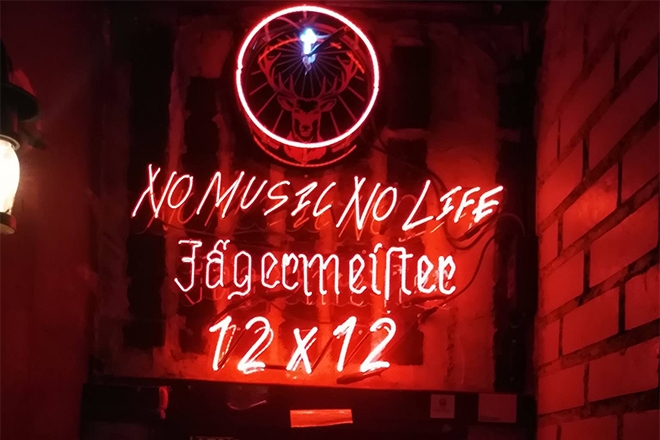 This cosy vintage-style bar is a hipster magnet that churns out eclectic underground music in the regular in an excellent atmosphere. It’s super casual and low key with couches, a bar to sit at and musical accompaniment that will transport you to an era gone by. The bar is a hidden gem, and that always makes for a great low key night out — think Japanese beers and homemade plum wine coupled by an intelligent soundtrack. We’ve never heard of a “big” DJ playing here but you never really do when it comes to all the best audiophile bars in Japan, where 12x12 gets its inspiration from.

If you look it up, you'll find information on a tile studio for people who appreciate interior, art, design, and fashion. But this space moonlights as a super sleek club and event space for those who enjoy quality music, modern art and mouthwatering cuisine in a decades-old urban townhouse. Iconic Studio has previously held innovative events like a masterclass with Marcel Dettmann and Marc Romboy, and a Circoloco press conference. But it's also a borrowed space by all the best Bangkok party starters for their own events. Best to check their listings for events.