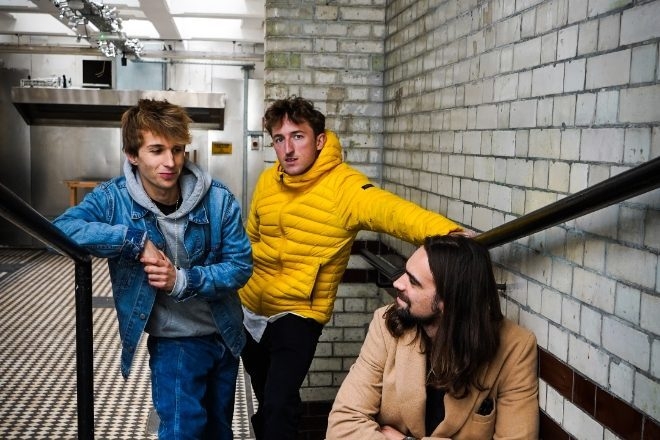 London’s notorious toilet venue Public Life is reopening for the first time in 10 years — and it’s enough to give Berlin’s HÖR a run for its money as dance music's most iconic bog.

Once known for its unassuming location in a disused public toilet under the streets of Shoreditch, the 80-capacity venue spent six years as London’s most inconspicuous afterparty hotspot before it lost its license in 2012 and was forced to close. The club was later sold for £1 million.

From the team behind party promoters Warmer People, Public Life will return under the name The Warmer Room as a new venue hosting DJs, producers, and live artists in a precursor to their fabric showcases on the same evening.

Read this next: NEWBrew craft beer from Singapore uses recycled toilet water as its main ingredient

Thom Grant, Nathan Colinet and Giacomo Giraldi are the brains behind the relaunch, and in keeping with the venue’s classic style, the trio have only made small tweaks to the once-derelict loos.

“We’ve been organising events in London for a year now, but we decided to do something a bit different,” says Thom, co-founder of Warmer People. “We managed to get a contact and get down there - the place is really cool.

“It’s got this very Victorian look complete with a Funktion One Soundsystem,” he tells Mixmag. “The history around it is so interesting, so to revive it was really cool. No one’s played there in over 10 years.”

In that decade, The Warmer Room has been through a few rough patches and a brief moment in time when it became an art gallery, but near nothing has happened in that toilet for the past 10 years.

When the venue first opened, it welcomed in the likes of Jamie Jones and Richie Hawtin, and would often run throughout entire weekends hosting events including Kubicle, mulletover, and Secretsundaze.

“We’re keeping it the same as before, but with a new generation of DJs,” Thom explains. Reopening on a monthly basis, The Warmer Room will host its first free event on November 4 with Paris’ Leo Pol. “We want to keep it inclusive, create an enjoyable atmosphere, and do it all in a cool location,” says Thom.

So if you’ve ever found yourself waiting for hours in the toilet queue at a rave, what better place to do that than London’s brand new venue? Find tickets for The Warmer Room’s first free event with Leo Pol on November 4 here.