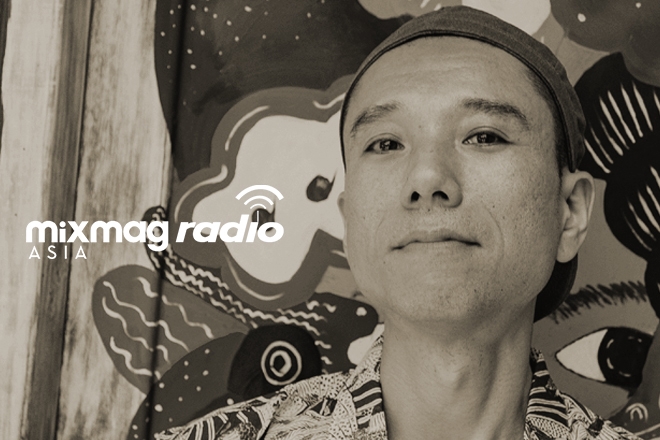 One of those rare DJs whose mind for music is so unorthodox, yet so incredibly introvertly intact, is Zuyack, a Kyoto native who’s been based in Bali for the last decade.

I’ve had the fortune of hearing him play at a few private and after-hour parties around the Island of the Gods, including the clandestine New Year’s Day temple gathering in Ubud, where true heads and spirits of Bali’s electronic music community come together. Without any comparison, Zuyack has to be one of the most hypnotic selectors I’ve come across in Asia.

In his early years growing up in Osaka (he was born in Kyoto), he was easily persuaded by his brother and was quickly enamoured with the psychedelic rave movement — as he puts it so euphorically, “Zuyack is an offspring of a summer of love movement that happened in the late 90's in Tokyo.” Prior to moving to Bali, his years in Japan certainly moulded the outlook and musical precedence he carries today — back in 2008, he joined Timothy Really Production, a label and agency that was behind releasing pivotal moments in Japan’s dance scene such as the Japan exclusive for Motor City Drum Ensemble ‘Raw Cuts’, while also taking on promoting showcases like Luciano’s Cadenza and Dorian Paic’s Raum across the country.

After relocating to Indonesia, Zuyack was quickly billed on line-ups at Potato Head’s Studio Exotica alongside Bali legend Dea, Club Cave, Attika at La Favela, Laramona, Kho and several other refined audio spaces. Accompanied by other like minded DJs like Hong Kong’s Taku Hirayama, Zuyack became a regular at solar and lunar festivals that were held across the country in places like Bandung, Yogyakarta, Jakarta and Sulawesi.

His sound is certainly hypnotic, and comfortably bridges that fine line where house meets techno. With impeccable mixing skills and the addition of addictive grooves, Zuyack is a humble master of his art.

Tune in to Mixmag Asia Radio 035 with Bali’s Zuyack below.