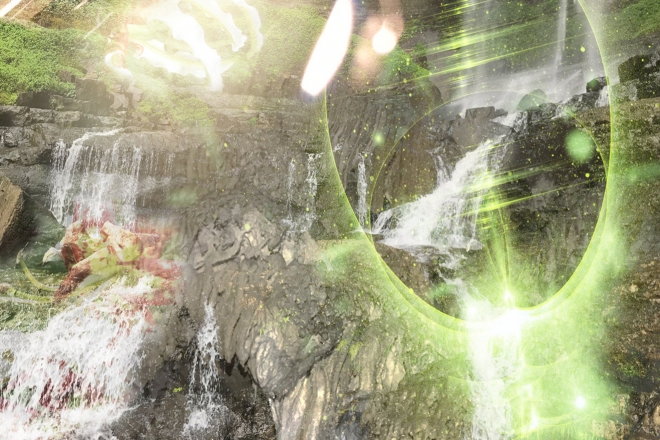 China was the first country to impose strict lockdowns to mitigate the spread of COVID-19, and it’s among the first where clubs have begun to tentatively reopen. During the pause in between, as much of China’s club culture went virtual by necessity, Shanghai-based label Genome 6.66Mbp collected a freewheeling and geographically wide-ranging assortment of remixes and bootlegs from producers across their network, which has just been released on Bandcamp in the form of a brilliant new compilation: Club Shanzai.

As fans of Genome’s previous output will expect, the 28-track comp veers across wildly different lanes. It opens at a relaxed clip with an atmospheric collaboration between Swimful, an active member of Shanghai’s underground producer scene, and Charity Ssb of rap duo Vroskiii, who’s become an increasingly familiar name on the program at Shanghai club ALL and is set to release his debut mixtape later this week. Genome co-founder Kilo Vee does his part at the other end, aggressively nudging the BPM on Taiwanese boy band Fahrenheit’s banger 'Love You Lots' ('超喜歡你') upward into gabber territory.

Overall the compilation is a big-tent effort to unite a number of likeminded independent labels across cities in mainland China (Shanghai, Beijing, Chengdu, Hangzhou, Xi’an and Nanjing are all represented), as well as Hong Kong and Taiwan. Gunknown, founder of Xi’an label The Boring Room, contributes one of the compilation’s most understated and nimble tracks, 'Kolo kolo Kukuru Edit', while Puzzy Stack, co-founder of Beijing label S!LK, delivers a KTV-ready drinking anthem. Club Shanzai is crammed with completely unrelated pop cultural reference points that should attract pretty much any demographic: Migos, Justice, Charli XCX and even Limp Bizkit all get treated here.

Beijing producer Howie Lee’s flip of 'My Generation' by the latter counts as one of the compilation’s more surprising turns, but the entire 28-track list is brimming with talent, often daring experimentation, and a pervasive community vibe that signals a cultural space shared by these producers from very different cities across Greater China.

If you’ve heard some of the bigger names on the comp, like Taipei- and Shanghai-based techno producer Tzusing, Club Shanzai will give you a deep-dive sense of the creative dynamism percolating around the club circuit in that general region today. It’s available on Bandcamp as a name-your-price download, with all proceeds going towards Impact Lebanon or the National Bail Fund Network (USA).

Club Shanzai Bootleg Compilation by Genome 6.66Mbp was released on August 21 via Bandcamp. Buy it (at your own price) here.