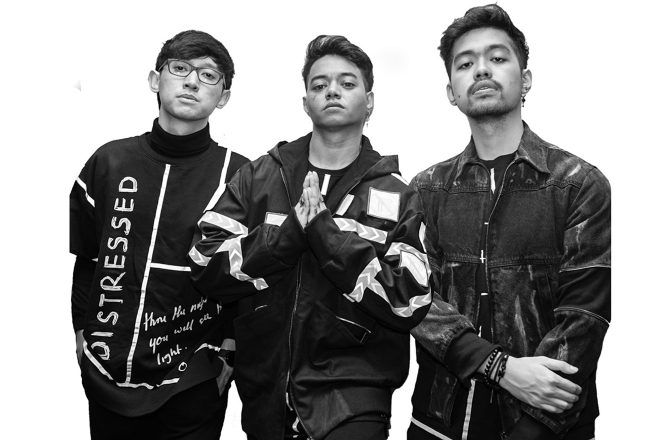 Indonesia’s leading tastemakers of the moment enjoyed a meteoric rise in 2020 and have not shown any signs of slowing down, this time joining forces with elusive producer TOKYO MACHINE and Canadian alt-pop songstress Lights on a highly-addictive single called ‘Last Summer’ out today via Monstercat.

The three minutes tune is a feel-good slice of dance floor electro-pop that combines elements of each artist’s unique styles. From TOKYO MACHINE's nostalgic 8-bit sounds to Lights' powerful earworm lyricism and Weird Genius' internationally-inspired flavours, it’s all there, proving the trio are an unmatched global triple threat.

“We've been fans of TOKYO MACHINE’s work since his early releases like ‘Pixel’ and he actually influenced some of our productions,” said Weird Genius of their collaborators.

TOKYO MACHINE felt the same, saying: “Ever since I saw Weird Genius play their set at Ocean Meets Music, I knew I wanted to work with their insane talent.”

Of the collaboration, Weird Genius explains that they wanted to make something that perfectly expresses all their signature sounds, but was presented as a catchy pop tune. And Lights’ vocals were the extra element that put the cherry on the top of the record, said TOKYO MACHINE.

“There was something sweet about the track, sweet enough that it could almost be sad,” said Lights. “So I wrote something bittersweet because everything sweet needs some bitter. The past year has made a lot of us look back on better times, for better or for worse. Here’s one of mine.”

Though TOKYO MACHINE are regulars contributors to Monstercat, the collaboration is the first Monstercat appearances for both Weird Genius and Lights. Weird Genius are the fifth Southeast-Asian artist to debut on the label, which has confirmed an APAC HQ in Singapore and continues to pick in traction in Asia.

Listen to 'Last Summer' below:

When it comes to electronic music in Southeast Asia, Weird Genius has become the newest name to be on everyone's list. The Indonesia trio catapulted to the top of the charts with 'Lathi', which racked up 1.5 million listeners in just a year and crafting all-star collabs with Lil Baby, Yellow Claw, Rich Brian and more. What makes them really stand out is their ability to effortlessly inject traditional Indonesian elements into their music, making their culture accessible to the world.