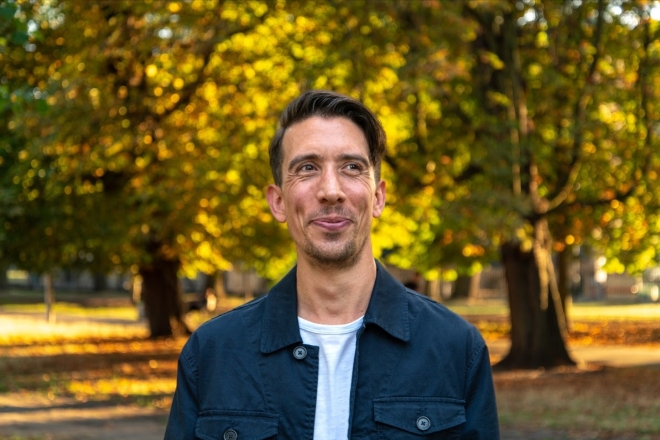 Overcoming a condition such as ADHD is no impossible feat. Yes, it can cause certain difficulties, but given the right direction and support on how to manage it, one is able to not only survive but also thrive in any professional capacity.

Enter Tristan Hunt — who himself not only has ADHD but also dyslexia and dyscalculia — as living proof that anyone can overcome these conditions and stay productive in the music industry. After being involved with the Association For Electronic Music (AFEM) — the not-for-profit body of the electronic music industry — for almost ten years, he’s now launched his own coaching service tailored specifically for artists and professionals who have or believe they may have ADHD.

With over 20 years of experience in music business plus being a certified Transformational Coach with specialist ADHD training, Hunt is considered a qualified mental health first aider. He’s also received a Master’s degree from Birkbeck College, University of London, a diploma in Transformational Coaching from Animas, UK, and specialist ADHD coach training at Attention Deficit Disorder Coaching Academy (ADDCA), USA.

Speaking on how ADHD can impact even the biggest of names in the music industry, Hunt explains “Maybe they travel the world playing sell-out shows or close multi-million-pound deals overseas. Then return home to a confused partner who struggles to understand how they can accomplish these big tasks, yet fail to do ‘simpler’ things, like paying their bills on time, remembering family appointments, or not sending out the invoices which get them paid.”

He adds “Helping these people - my fellow ADHD’ers - move past the shame that those disconnects can cause and helping them learn how to thrive with their incredible ADHD brain is hugely rewarding for me,” further explaining his reason behind the establishment of his coaching services.

He’s spoken at 2019’s International Music Summit in Ibiza on the tragic death of Avicii, at Eurosonic 2021 on the music businesses’ need to improve knowledge of neurodiversity for a more conducive environment, plus at a further twenty conferences about the importance of paying attention to mental health and neurodiversity. These include Amsterdam Dance Event, Paris Electronic Week, Brighton Music Conference and Berlin’s Most Wanted Music.

Stepping down as AFEM’s Regional Manager after dedicating four years as a part of AFEM’s core team, Hunt now is committed to full-time coaching.

Read this next: Above & Beyond tackle mental health via a new ambient label

In April this year, Hunt launched AFEM’s Neurodiversity Survey, aiming to look at how neurodiversity is currently supported in the electronic music industry workplaces. With results due to be published in the coming weeks, we couldn’t help but wonder; how does Asia fare when it comes to matters of ADHD?

Hunt sheds light on the matter, stating that the stigma towards those with ADHD in Asian countries sadly remains much higher than in the States and European countries. The impact of this? Well, it makes getting a diagnosis and treatment more challenging.

“One teacher in Cambodia I recently spoke to said that children with ADHD are often still labelled as 'just being stupid.' We see that ideas embodied by education systems often perforate into wider society. So it's no surprise if adults with ADHD working in the music industry across Asia find it difficult to get the support they need,” Hunt explains.

Read this next: 4 artists share their tips for managing your mental health

Another thing worth noting is that people often go undiagnosed — sometimes for a lifetime. “It's tragic that such grossly inaccurate labelling still goes on because of the pain, shame and suffering it perpetuates in people with ADHD. In fact, the opposite to this mislabelling is usually true. That's to say that people with ADHD are often exceptionally bright and exhibit huge talent for creative work in particular when given the right environment in which they can thrive,” he adds.

Offering his ADHD coaching services based online, Hunt is open to clients from around the world (including us in Asia). ADHD is a highly treatable condition and, with the right support, anyone can thrive in creative industries due to the positive aspects of the condition which include creative thinking, problem-solving and connecting dots quickly.

For more information (or to take a free ADHD test yourself), visit Tristan Hunt’s website here.