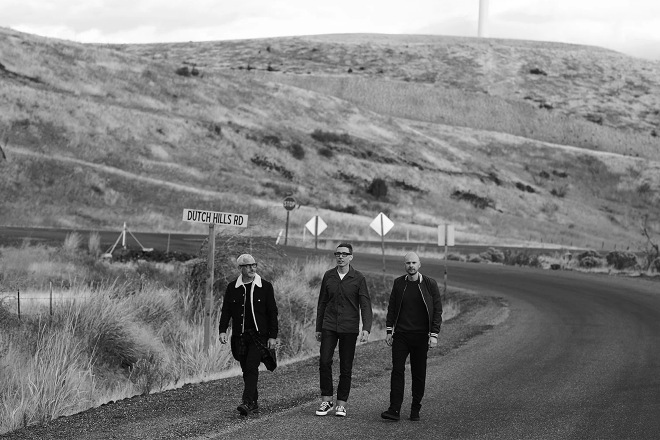 It was just a matter of time.

In their third label under the Anjuna umbrella, Above & Beyond announce the launch of a new ambient record label called Reflections; and if you think about it, we knew it was coming. The two-time Grammy-nominated London-based trio have long been extending their reach into the undulating soundscapes of slower electronic music, starting with ruminative mixes meant to heal alongside nature and slow-motion beats to complement your morning Hatha flow.

Meanwhile, the pandemic has welcomed a new era for ambient music as more and more music fans looked for ways to embrace self-care that was cheaper than therapy and chemicals, and ambient music was there in all its meditative glory. The people have spoken, and Above & Beyond have always given the people what they want (if you were lucky enough to have stood on their dance floor during the heyday of trance, you'll understand).

"Our two record labels, Anjunabeats and Anjunadeep, were born on the dance floor," said Above & Beyond in a press statement. "For over 20 years, these labels have taken us, our music, and our artists, to dance floors across the world. The third Anjuna record label is our new downtempo and ambient imprint called Reflections, and we are delighted to share it with you."

"Reflections is born from all those moments in between the dance floors," they added. "The mornings after, the nights apart, the journeys shared along the way. Those moments of Reflection."

Moving away from the group's defining one-upon-a-time trance anthems, the freshly minted label promises ambient, downtempo and alternative releases instead, alongside an overall ethos of focusing on mental health and well-being.

Label manager Penny Longstaff explains: "Alongside the music we'll be releasing – a lot of which is going to be conducive to sleeping, relaxing, and focusing – we're also launching a host of curated mood-based mixes. That just opens up so many new avenues of who we can reach with the music."

"This is a genre that we have a history in and one we belong in," adds James Grant, co-founder of Anjuna's supervising company Involved Group. "If you look back on what we've done, on the Above & Beyond albums, there's always been two or three standout downtempo tracks that have connected really well. Then, with everyone stuck at home, people had this sort of music on in the background while they were working. Mood listening became a really big thing. So lots of things conspired to make Reflections feel like a good idea at the right time."

"A lot of our artists just started naturally sending us this kind of stuff. Yotto, for example, wrote a chill-out album which he sent to us when we were already planning this label. His record 'Erased Dreams' is going to be the first album on Reflections."

Reflections officially launched last week with a pair of releases from Above & Beyond themselves, called 'Morning in Deira' and 'Time Heals'. The former was the opening track for Above & Beyond's performance on the Rock of Guatapé at La Piedra del Peol Guatapé in Colombia for cercle earlier this year.

Watch the performance below:

Reflections arrives just a few months after Above & Beyond released their first cinematic film score for The Last Glaciers, a ground-breaking documentary by Hong Kong-based producer and director Craig Leeson. Watch the trailer here.