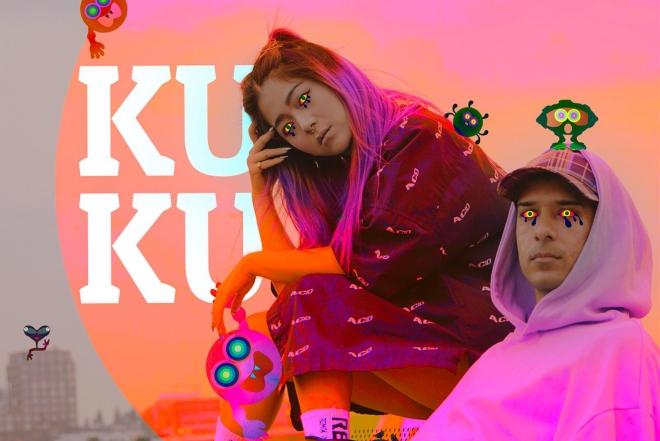 You might have noticed we’re reporting a lot on Taipei-based DJ, producer and vocalist RayRay, and with good reason. She’s back at it with her third release this month on a major record label, this time with Dutch DJ and music producer Wiwek. ‘Kuku’ is whirlwind of a tune that gives an impression of a secluded alien in a jungle world with RayRay’s vocals layered over Wiwek’s music.

‘Kuku’ was released yesterday on Wiwek’s own label Maha Vana. More than words can tell you, you really need to hear this for yourself. Listen to the tune below:

'Kuku' is RayRay’s third release in the last month, following ‘Pop N’ Rewind’ on Protocol with Marc Benjamin and ‘Don’t Stop’ with Curbi on Dim Mak last week. She’s still expected to release more music in the coming weeks on Musical Freedom. Earlier this year, she released ‘Alien Invasion’, her sophomore EP on Barong Family, the label which she calls home.

Wiwek himself is no stranger to the circuit after having put out music on heavyweight labels like OWSLA, Barong Family and Spinnin’. He is regarded as the “Godfather of Jungle Terror” and set up a label called Rimbu Recordings dedicate to the style, which is a hybrid style of dance music characterized by offbeat kickdrums, dissonant lead synths, tribal drums and chant samples.

'Kuku' was released on November 22 on Manu Vana. Find all streaming link for the track here.