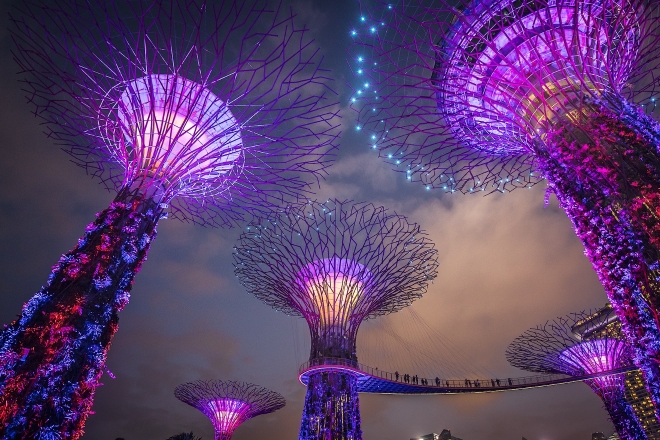 Their goal is to reignite the conversation between the authorities and artists, as well as all the human entities that have suffered from the cull on events and hospitality. Subsidies were provided to artists at the start of the pandemic in 2020 however there has been nothing but silence and restrictions since. Meanwhile the economic and cultural pillars of a once vibrant entertainment hub are crumbling in the name of ignorance.

Kavan Spruyt, #SaveMusicSG team member and label operator behind international imprint Midnight Shift, said of the situation, “Beyond the economic impact (for people and venues), this concerns the cultural fabric of Singapore and has left a void in an industry driven largely by passion, within a nation that preaches that passion makes anything possible.”

From June 18, 2020 to November 10, 2021, Singapore exercised an unwelcome ban on music being played in F&B establishments. And it goes without saying that DJs were also treated as unwelcome to deserving income, and the ingenious efforts to keep themselves afloat so they are able to pay bills and taxes like normal citizens — like everyone else.

In fact, DJs stopped getting booked even before the city’s “circuit breaker lockdown” was announced in April 2020. As of right now, DJs haven’t been able to step into a booth in Singapore for over 700 days. This includes the last three months of DJs still not being allowed to play, even after Singapore's Finance Minister Lawrence Wong announced that “soft recorded music” was finally being reintroduced to hospitality outlets. Still, DJs are are seen as a threat or danger to health and society, and here’s the government’s scientific reason why: loud music results in people speaking louder, allowing the virus to spread more effectively.

Beyond the “science”, is it possible to believe that maybe, just maybe, there was some accidental oversight, where perhaps officials were (and still are) less clued in (or unwilling to be) to the fact that DJing can be a real profession in Asia too and a potentially lucrative one for the entrepreneurial type like Matty Wainwright, who set up #SaveMusic after exhausting all voices of reason for 700-plus days. For Matty, music is a full time gig, whether it means performing as a DJ, curating playlists and programming DJs for bars and funky restaurants or developing educational programmes to teach the craft to young kids.

But if truth be told, we can all be clear on one thing; Singapore has a highly meticulous administration where decisions, including around COVID-19, are thought out, time-planned and economically structured based on the city’s priorities, it was made clear that DJs in Singapore didn’t have a fair share of help, or any help at all, on the city’s road to pandemic recovery.

So, someone like Matty felt nothing but compelled to put on a cape and amplify the need for music through a platform like #SaveMusicSG — and not just for DJs, but for all the human nodes that keep a vibrant, cultured and supportive scene intact. It started as a social media campaign earlier this year, and will now involve a 24-hour livestream showcase of DJs and their favourite musically-inclined venues and establishments taking place this weekend from March 11 - 12.

The Home Stream hopes to convey a friendlier-than-deadly impression of what a lot of DJs actually do, that the music they can play for audience pleasure doesn’t call for loud levels, and frantic dancing or hands-in-the-air moments are not the behavioural norm for all. 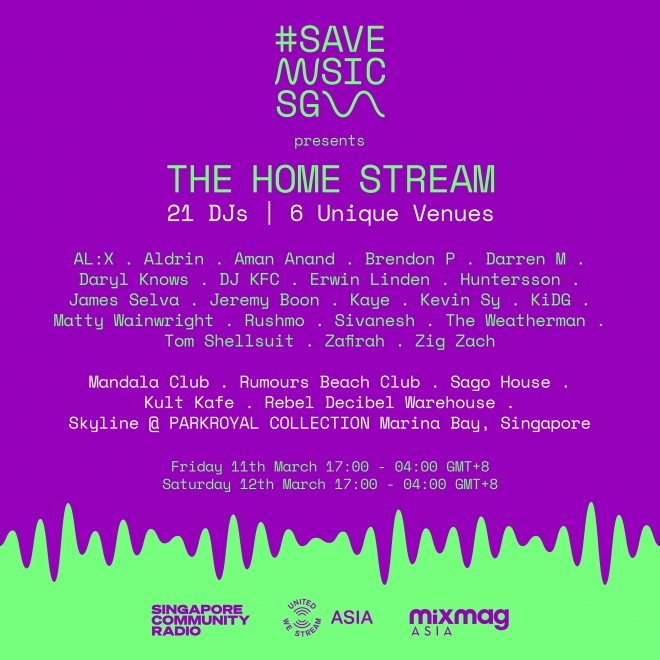 The Home Stream will be hosted on the following platforms for you to choose from:

The first set from The Home Stream kicks off this Friday March 11 at 5pm (GMT+8) with Matty Wainwright from Rumours Beach Club in Sentosa, and culminates with Erwin Linden at Rebel Decibel Warehouse from 3am to 4am (GMT+8) on the Sunday morning of March 13. Get live notifications by following Mixmag Asia’s Mixcloud channel here.