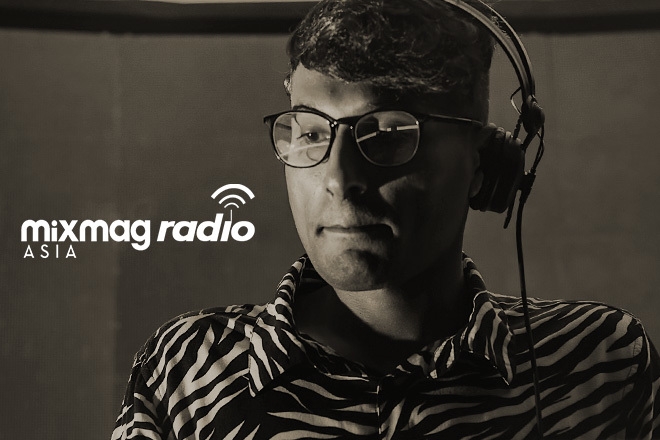 Anchored deep in the realm of house music, Sivanesh embraces an acute range of music with a very wide sound barrier. Through his years as a fixture in Singapore’s underground club scene, the highly committed selector has garnered a reputation for bringing quality four-to-the-floor hedonism to clubs and festivals across Asia.

His Sunday night residency at CÉ LA VI Singapore’s main room solidified his sonic brand of off-kilter house and groovy heads-down techno, hosting and performing alongside some of the world’s highly respected DJs Chaos In The CBD (In Dust We Trust), d’Julz (Bass Culture), Jasper James (Optimo Trax), Okain (Talman), Oliver Dollar (Play It Down), Rampa (Keinemusik), and plenty more. He was also selected by Cercle to warm up for their debut show in Asia at the end of 2019 with The Martinez Brothers.

It’s not just his international heroes that Sivanesh stands by for, he’s an avid supporter of the scene in Asia, constantly connecting with like-minded artists and labels to feed his musical hunger but to also better understand the evolution of the scene around him. He tells us about some of his current go to sources in Asia, “Singapore-based Aman Anand has been consistently releasing EPs on labels like Hernan Cattaneo’s Sudbeat. We’ve had some jam sessions on Ableton recently that I really enjoyed. Keeping it local again, Halal Sol and Bongomann are two young Singaporean lads pushing the groove forward with quality releases on Darker Than Wax. And, I am continually intrigued and impressed with what the SaturdaySelects crew in Kuala Lumpur is doing with their weekly radio shows. I love how they are being authentic and curating different sounds that may not be so prevalent in Asia.”

He continues, “From across the pond, I’ve been listening to a lot of the Beste Modus showcases out of Berlin, through which I discovered Naomi Dasmoe. The pair is now up there with my top selectors.

Despite having to lay low in 2020 due to the global pandemic that has kept Singapore’s nightlife at an absolute lull all year, Sivanesh was able to round off his 2019 with a well-received set at Wonderfruit in Thailand, which inspired him to co-launch Sivilian Affairs with partner Lilian Hautemulle, where the pair would focus on intimate parties with minority talent from within Singapore and across Asia. We’re hoping to see Sivilian Affairs come back to life along with the rest of Singapore’s underground diaspora so DJs like Sivanesh can drop impeccable sets like he’s just done for this week’s episode of Mixmag Asia Radio.

When chatting to us about how he put his set together, Sivanesh says, “the feeling I wanted to capture in this mix was dance floor vibes. I think we all miss a bit of a boogie, so I wanted to create a mix that people will blast on the highway or dance to in the kitchen, and remind everyone that it's really important to enjoy ourselves, wherever that might be.

Featuring a sweet blend of seminal house tracks with some unknown gems, tune in below to Mixmag Asia Radio 039 with Singapore’s Sivanesh.