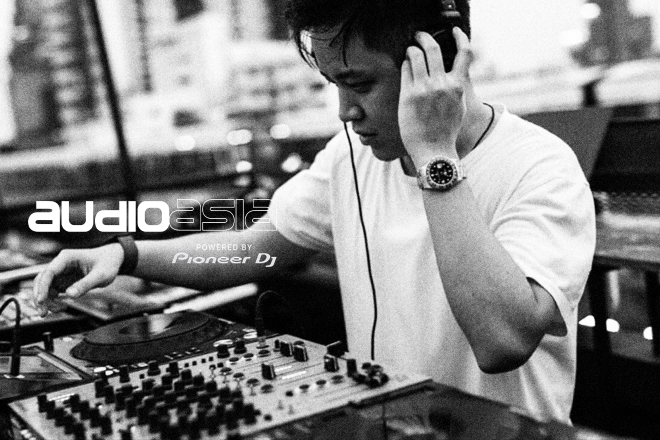 There's plenty to admire about the Bangkok-based More Rice Records camp. First of all, their cultured musical output is especially strong and is largely comprised of a line-up carefully selected from the Asian underground. Secondly, they allow their music to do the talking, seemingly prioritising quality of content over relentless social media bombardment. Finally, label boss Sarayu is a particularly likeable fellow, as I discovered when sharing the platters with him at a recent Transport event (which occurred during a brief but blissful pandemic reprieve here in Thailand). On that sunny and carefree afternoon I heard him play for the first time, and it was apparent that this was a selector who had taken time to study the past masters as well as having his digits on the proverbial pulse – combining classic cuts from the likes of Robert Owens and Metro Area alongside on-point cosmic, house and electro-tinged grooves.

For More Rice Records' fourth EP release, Sarayu shows that he's been diligently honing his production craft, too, presenting three original tracks on top of an excellent remix from Hong Kong's Mr Ho. The 'Pridi 303 EP' – named after the scruffy but vibe-rich street in Bangkok's Phra Khanong district – comes off as an acid-flecked ode to Detroit flavoured electro badness. Opener ‘Adventures of a Dream’ combines dreamy pads and sparkling synths over a full-bodied 303 riff, unfolding effortlessly over a broken drum track. For the remix, Klasse Recordings co-owner Mr Ho straightens up the rhythm while utilising the key musical elements to serve up a pounding four to the floor interpretation. The stripped feel of 'Constant Jam' glides over a sparse rhythm as acid stabs combine with spaced-out synth patterns, sharing the authentic motor city sound palette that characterises the EP. Arguably the standout track of a strong collection is 'PBIFH'. Emotive pads and swells fill the space as delicate synth layers expertly evolve and intertwine, the urgent tempo and reverb-heavy claps adding energy to the supremely dynamic musical flow.

This is a mature offering from More Rice and Sarayu, representing genuine progression in the producer's work while helping to add to the international credibility of Bangkok's colourful underground.